Congress extends martial law in Mindanao to end of 2018 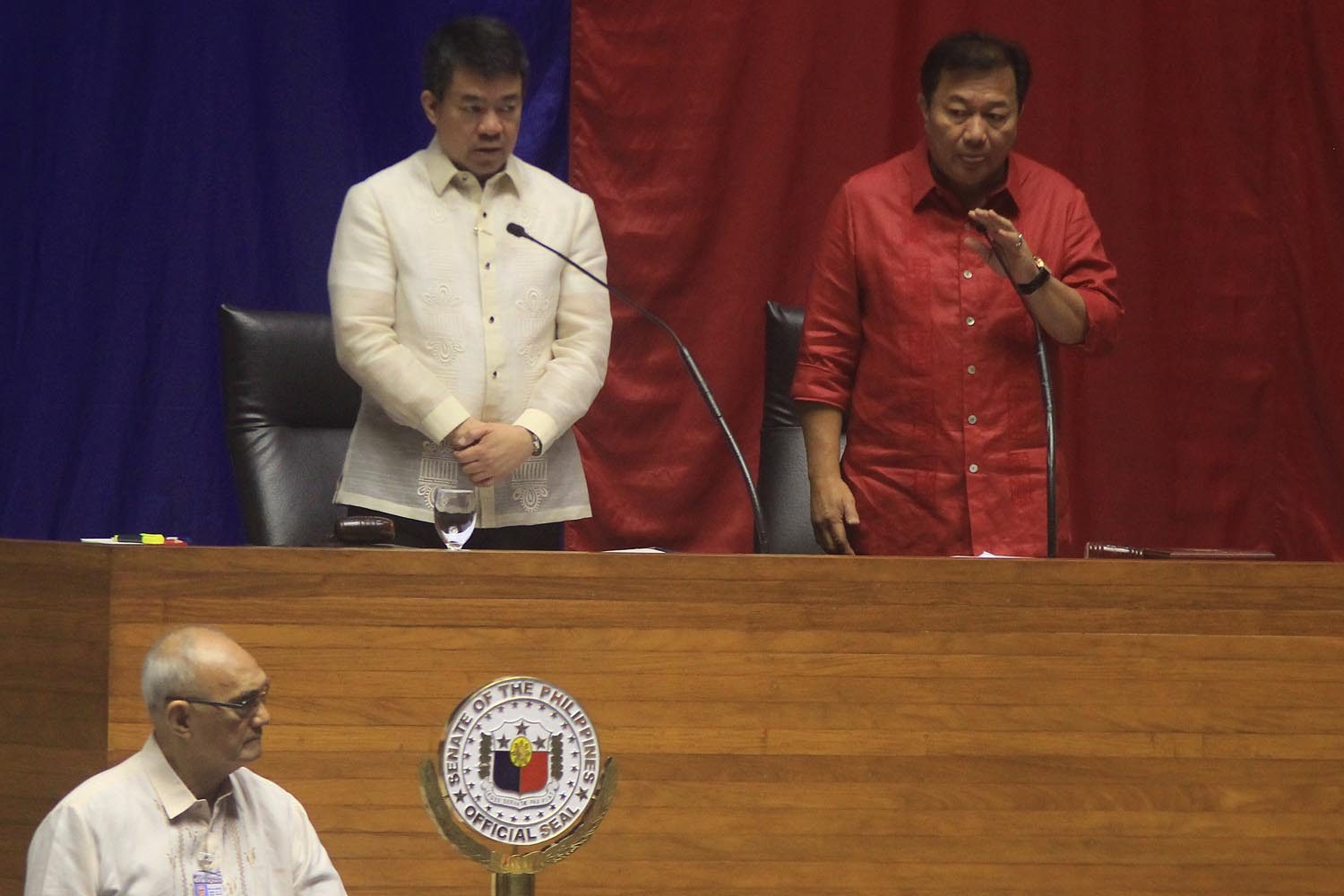 MANILA, Philippines – Voting 240-27, the 17th Congress on Wednesday, December 13, approved the request of President Rodrigo Duterte to extend the imposition of martial law in Mindanao by a year, or until the end of 2018.

The Senate and the House of Representatives also extended by a year the suspension of the privilege of the writ of habeas corpus, which would allow the government to arrest persons of interest without a warrant. (READ: Martial Law 101: Things you should know)

This is the second extension granted to the President. Congress earlier granted Duterte’s request for a 5-month martial law extension, which was supposed to end on December 31 this year.

In the Senate, 14 senators voted in favor of the extension and 4 voted against it – minority Senators Franklin Drilon, Paolo Benigno Aquino IV, Risa Hontiveros, and Francis Pangilinan.

Senate Majority Leader Vicente Sotto III moved for a second round of voting for the Senate, after the House did the same, but Drilon opposed it, saying he was “not aware of any procedure in the Senate or the joint session” that allowed revising a vote tally that had already been announced. At the time, Senate President Aquilino Pimentel IV had already announced the Senate vote.

In response to Drilon, Sotto said that Senators Francis Escudero and Cynthia Villar were on the side of the plenary hall when the Senate vote was called, and were unable to participate.

“Senator Escudero and Senator Villar, I know they will vote yes anyway. If they were allowed to vote, they would have voted yes,” Sotto said.

During the 4-hour deliberations, lawmakers questioned officials from the executive on the rationale for a one-year extension of martial law in Mindanao, which some feared would be expanded nationwide.  (READ: Drilon: Martial law extension ‘prelude’ to PH-wide declaration?)