MANILA, Philippines – What better place for a presidential granddaughter to have her pre-debut photo shoot than Malacañang Palace, the country’s seat of power?

Isabelle Duterte, the daughter of Davao City Vice Mayor Paolo Duterte, took a team of in-demand celebrity stylists and make-up artists to the Palace for her pre-debut photo shoot.

Instagram posts of the stylists themselves and of Isabelle show details of the shoot held on Thursday, December 14.

In the photos, Isabelle wore a red gown with a train worthy of a Disney princess, another gown with cream leaves, and a floral printed dress. In one photo, she poses with make-up artist Frankie Bacierto in front of the seal of the President of the Philippines. 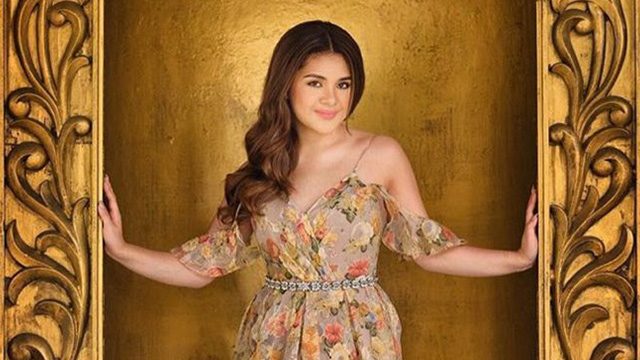 She also tagged gown designer Rosenthal Tee in her posts, indicating some of the gowns were designed by her. The regal red gown is by Garimon Roferos Couture, according to the brand’s Instagram account.

Rita Neri, a much sought-after events planner, also posted a photo of Isabelle with the caption, “A sneak peek of our 2018 debutante Ms Isabelle Duterte, Philippine President’s first granddaughter in Malacañang Palace.”

Isabelle, a known fashionista, is the daughter of Paolo Duterte and his ex-wife, Lovelie Sangkola Sumera, the woman the President said he has not seen in “10 years” despite photos showing she was a recent guest in Palace events. – Rappler.com