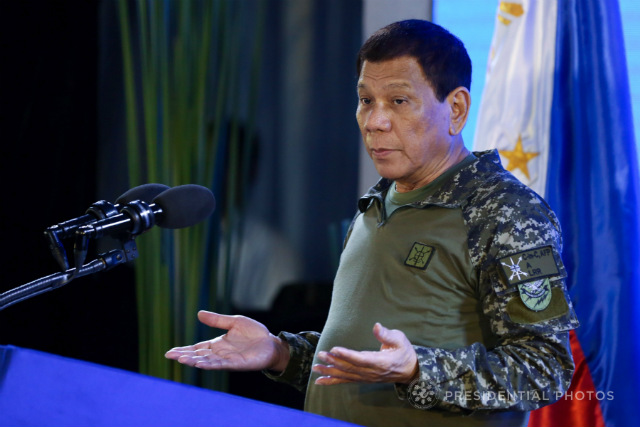 “The President announced last night a suspension of military operations (SOMO) from December 24, 2017, to January 2, 2018,” Presidential Spokesperson Harry Roque said in a statement just three days after they announced offensives will extend to the holidays.

“This unilateral ceasefire would lessen the apprehension of the public this Christmas season. We expect that the CPP-NPA-NDFP would do a similar gesture of goodwill,” Roque said.

“Christmas holds a special place in the hearts of our countrymen. In the observance of this occasion, we hope that all Filipinos would stand together as one nation and aspire for peace in our beloved Philippines,” the presidential spokesperson added.

The Philippine National Police (PNP) said in a statement that they will immediately follow Duterte’s instructions, stopping operations against communist rebels.

“The corresponding memo circular will be issued soonest so that all PNP units, offices and stations will be guided accordingly,” said PNP spokesperson Chief Superintendent Dionardo Carlos in a text message to reporters.

The military has yet to issue a statement on the order.

Duterte formally canceled the peace talks with communists on November 23, 2017, after their incessant deadly guerilla operations had filled his anger to the brim.

The President has since then declared the New People’s Army (NPA) – the Communist Party of the Philippines (CPP)’s armed wing – as a terrorist group, going as far as likening them to the Islamic State (ISIS).  – Rappler.com