First a war, then a storm: Marawi evacuees’ tents ravaged by Vinta 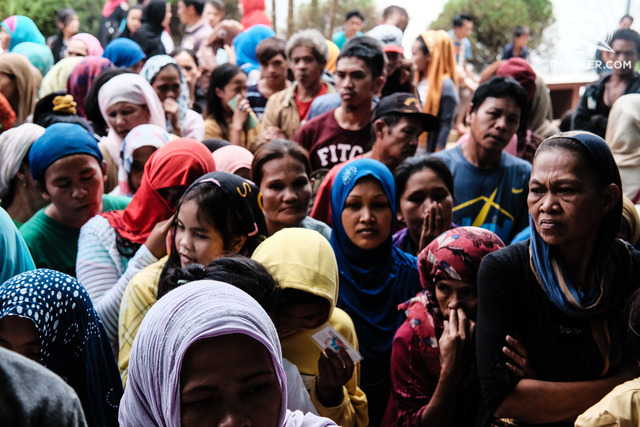 MANILA, Philippines – After suffering from a 5-month war in their hometown, Marawi evacuees, during the Christmas season no less, were forced to move out of their temporary shelters by Typhoon Vinta’s (Tembin’s) destructive rain and winds.

Department of Social Welfare and Development (DSWD) Officer-in-Charge Undersecretary Emmanuel Leyco said that the tents of refugees in Lanao del Norte were damaged during the storm’s onslaught.

“We have advised them to move out temporarily and stay in school buildings for safety. We are coordinating with the disaster and relief units of local government units on these efforts,” he said on Sunday, December 24, during a press conference.

In Baloi town, 99 Marawi internally-displaced persons staying at the Balono Evacuation Center were temporarily transferred to Baloi Central School after their tents were damaged by strong winds.

In Momongan Learning Center, 35 Marawi evacuees had to be transferred to Pacalundo Elementary School.

To provide relief for the families from Marawi, the DSWD distributed 1,100 mats and malong to those staying in Baloi and Pantao Ragat. In Baloi, food packs were distributed to 816 families.

Some 20 laminated sacks were also provided to their evacuation centers during the storm.

The entire Lanao del Sur, including Marawi City itself, was placed under a state of calamity due to Vinta last Friday, December 22.

Leyco said the DSWD is working round the clock to address needs of the 60,000 persons now in evacuation centers in 5 regions. – Rappler.com