71 fishermen rescued, 2 dead in Tawi-Tawi due to Vinta

Dec 27, 2017 6:29 PM PHT
Aika Rey
Facebook Twitter Copy URL
Copied
The Philippine Coast Guard says more fishermen might be missing as survivors claimed that about 15 to 19 people were onboard the motorbancas when they were on the sea 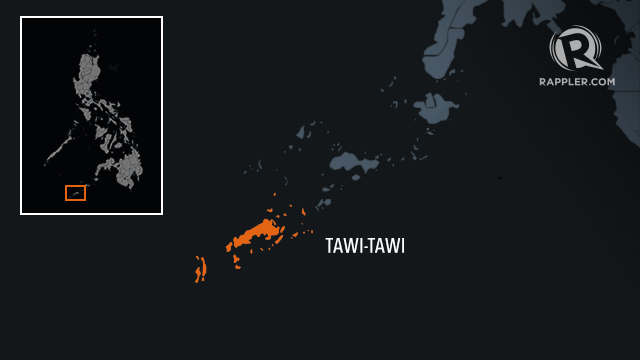 MANILA, Philippines – Some 71 fishermen were rescued in Tawi-Tawi while two were declared dead after 26 motorbancas were swept by storm Vinta (Tembin), the Philippine Coast Guard (PCG) announced on Wednesday, December 27.

According to reports, the fishermen were found near Pamilikan Island in Mapun town in Tawi-Tawi on Monday, December 25.

The PCG said more fishermen might be missing as survivors claimed that about 15 to 19 people were onboard the motorbancas when they were on the sea.

PCG spokesman Armand Balilo said that the fishermen were supposed to seek shelter at Mangsee Island in Palawan but were swept away to Mapun town in Tawi-Tawi due to big waves.

As of posting time, Balilo said they are still verifying the actual number of missing fishermen.

(Our station commander cannot account how many were [missing] because hospital crew said that the [survivors] sometimes estimate that they were about 15 in the motorbanca while others say 19. If that’s the estimated figures, they maybe about half from them are still missing. And that is what we are doing right now.)

Balilo added that they are still validating why the fishermen were caught up in the storm.

“They are veteran fishermen. We also don’t know the actual path of the typhoon so maybe they were caught in between. It’s possible that it strayed a bit since they were able to seek shelter. They know how the necessary precautions but sometimes incidents like this happen, they were caught up in the middle of the typhoon,” Balilo said in a mix of English and Filipino.

PCG said that rescue operations are still underway. He said they are hopeful that the missing fishermen will be found.

“We are hopeful because sometimes they are swept away to nearby coastal barangays and rescued by locals or transiting vessels. We issued a mariner already and hopefully, there will be good results – that the missing persons are still alive,” he said.

The storm left more than 200 people dead, causing fatalities in Lanao del Norte, Lanao del Sur, and the Zamboanga peninsula due to flashfloods and landslides.

Civil defense officials said some 13,000 families in Mindanao – at least 52,000 people – remained in evacuation camps on Christmas Day, many with few, if any, possessions left.