Comelec wary of ‘no elections’ scenario in 2019 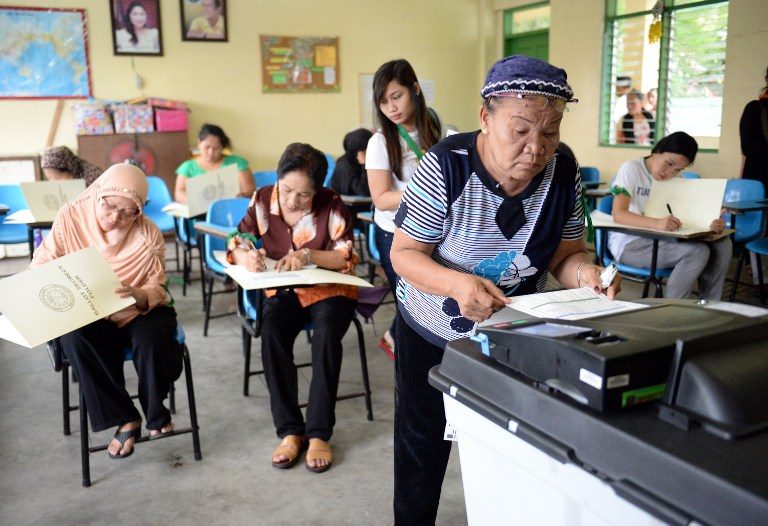 MANILA, Philippines – The Commission on Elections (Comelec) on Thursday, January 4, said the Philippines can shift to a federal system of government without “depriving” Filipinos of their right to vote.

“The Commission on Elections remains committed to fulfilling its mandate of conducting free and fair elections in accordance with the provisions of the 1987 Constitution,” Comelec Spokesman James Jimenez said in a statement Thursday morning.

The Comelec issued this statement after House Speaker Pantaleon Alvarez told ANC that the 2019 midterm elections could be cancelled. Alvarez said this will be the case if the Philippines shifts to a federal form of government.

“It would appear that the Speaker of the House was merely describing one of several possible outcomes that would arise from a successful shift to a federal form of government,” Jimenez said.

“The Comelec however, remains confident that such a shift – should it happen – can be accomplished without depriving the sovereign Filipino people of their constitutionally guaranteed right to select their own leaders through free and fair elections,” Jimenez said.

“The Commission therefore urges everyone to participate in the national conversation on constitutional amendment, particularly in the matter of federalism, so that should the time come to choose, the votes we cast shall be fully informed and well-considered,” the Comelec spokesman added.

Duterte has pushed for a federal form of government as part of his campaign platform when he ran for president.

Unlike Alvarez, Senate President Aquilino Pimentel III, president of the ruling party PDP-Laban, said the 2019 elections can still push through.

“That is not an ‘either or’ situation. We can shift to federalism and allow all scheduled elections under the existing Constitution to go on and be held,” Pimentel said.

“If there are scheduled elections under the existing Constitution, then this must be followed,” he added. – Rappler.com