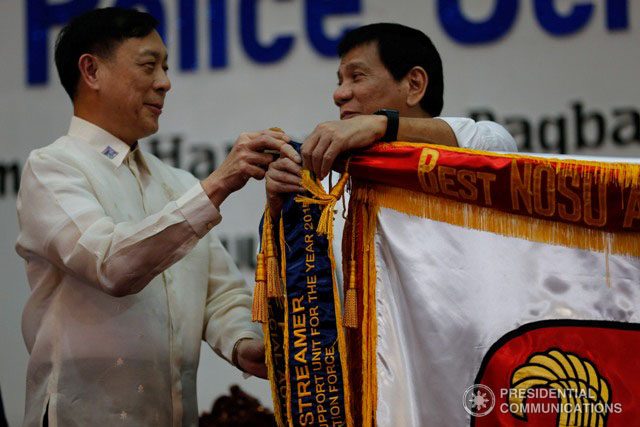 MANILA, Philippines (UPDATED) – President Rodrigo Duterte has appointed Department of the Interior and Local Government (DILG) officer-in-charge Catalino Cuy as the new chairman of the Dangerous Drugs Board.

Malacañang released Cuy’s appointment paper on Friday, January 5. It was signed on Thursday.

Cuy takes over the post of Dionisio Santiago who Duterte fired in November 2017 for making critical comments about the mega drug rehabilitation center donated by a Chinese tycoon. Malacañang also alleged that Santiago went on “extravagant” trips abroad.

Following Cuy’s new appointment, DILG Undersecretary Eduardo Año has been designated as the department’s new OIC. This ties in with Duterte’s plan to eventually appoint Año as interior secretary.

In a statement on Saturday, January 6, Año thanked the President for his “trust and confidence” in designating the former military chief as DILG OIC.

Año can only be named DILG chief after October 26, 2018, or a year after his retirement from the military, as provided by the law.

Under Republic Act No 6975, “no retired or resigned military officer or police official may be appointed as Secretary within one (1) year from the date of his retirement or resignation.” – Rappler.com