Martial Law victims may get full compensation by May 12 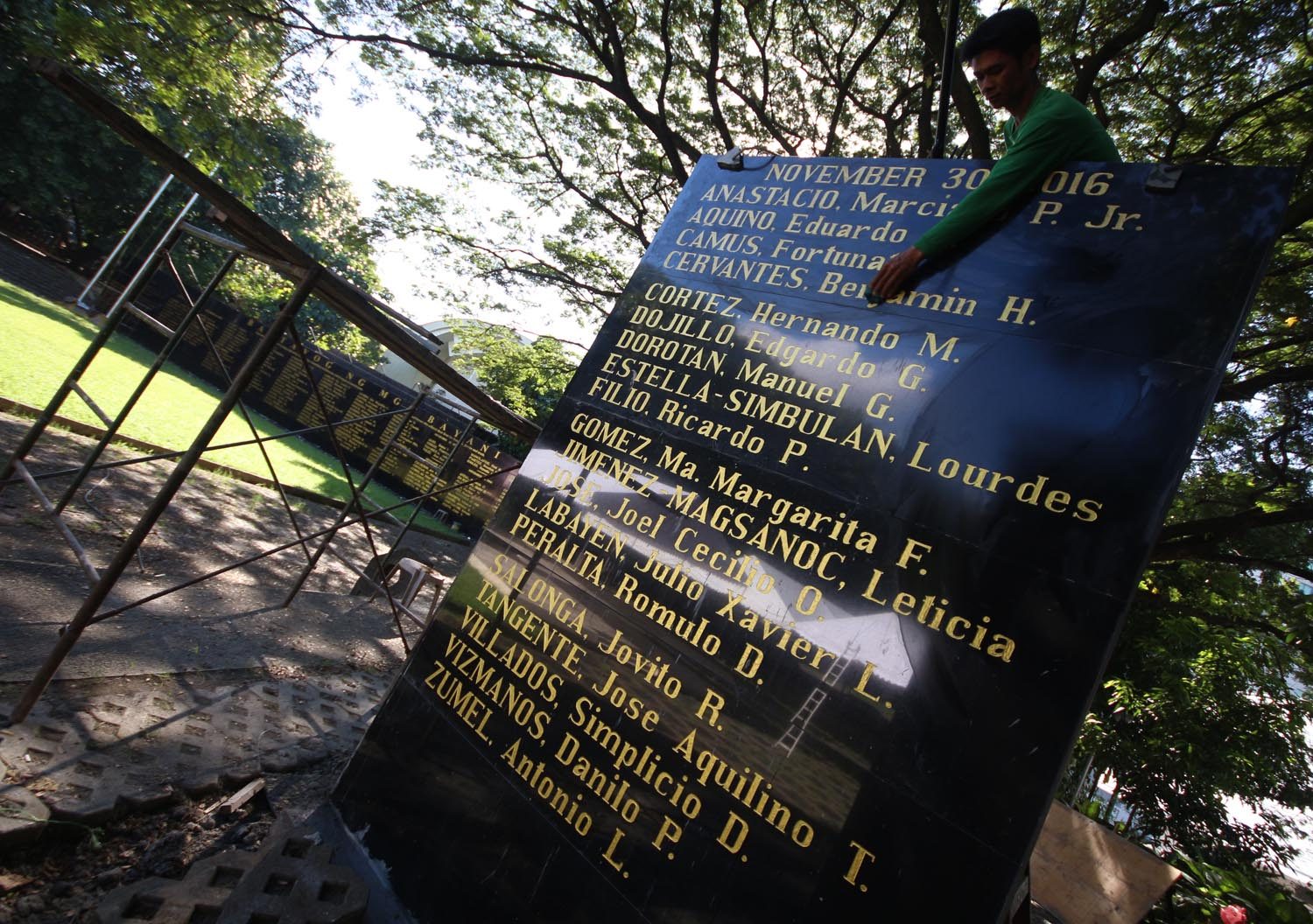 MANILA, Philippines – By May 12 this year, victims of human rights violations during the Martial Law years may expect to get 100% of their monetary compensation.

Human Rights Victims’ Claims Board (HRVCB) Chairperson Lina Sarmiento explained that Republic Act (RA) No. 10368 or the Human Rights Victims Reparation and Recognition Act of 2013 only gave the board until May 12, 2018 to settle all claims.

Sarmiento said they do not plan to extend the operations of their office beyond what is prescribed in the law.

The HRVCB had been created to provide compensation for Martial Law victims from the P10 billion in ill-gotten wealth recovered from the family of the late dictator Ferdinand Marcos.

The board is granted a P50-million annual budget from the P10 billion.

“We don’t have a move to extend,” Sarmiento told Rappler in a phone interview. “We are focused on completing the remaining few hundreds of cases that have to be adjudicated and finalizing resolutions that have been drafted.”

“We will publish a new batch before the sunset (May 12),” she said.

Last May, the board started the distribution of the first tranche of money for the first batch of victims. They only received a portion of their money because the board can only determine the exact amount they are entitled to once they have completed the list of qualified claimants.

Each victim received an amount from P12,500 to P875,000, depending on the gravity of human rights violations they suffered. (READ: Women victims tell SC of Martial Law torture)

Martial Law victims who won their class suit against Marcos in a Hawaii district court are presumed to be qualified for the reparation, according to law.

But the Court of Appeals (CA) on January 3 affirmed its earlier ruling that rejected the implementation of the Hawaii court decision. The CA argued that the federal court has no jurisdiction over the case and that the Marcos family was not granted due process.

Sarmiento, meanwhile, clarified that the CA decision won’t affect the payment of benefits.

“We are implementing the RA. The decision did not repeal the RA. The parties may be the same but that one is a class suit. Ours is a reparation program pursuant to a law enacted,” she said.

Former Commission on Human Rights (CHR) chairperson Etta Rosales, herself a Martial Law victim, said they will elevate the case to the Supreme Court (SC).

“A foreign judgment must be enforced in local courts,” explained Rosales in an earlier interview with ANC.

“[The Hawaii ruling] is internationally recognized. Even the Philippines’ SC actually recognized the ruling that the money that was provided to us by the Federal Supreme Court from the Marcos dummy foundations were ill-gotten, so they cited as reference the Hawaii district court ruling,” she stressed. – Rappler.com