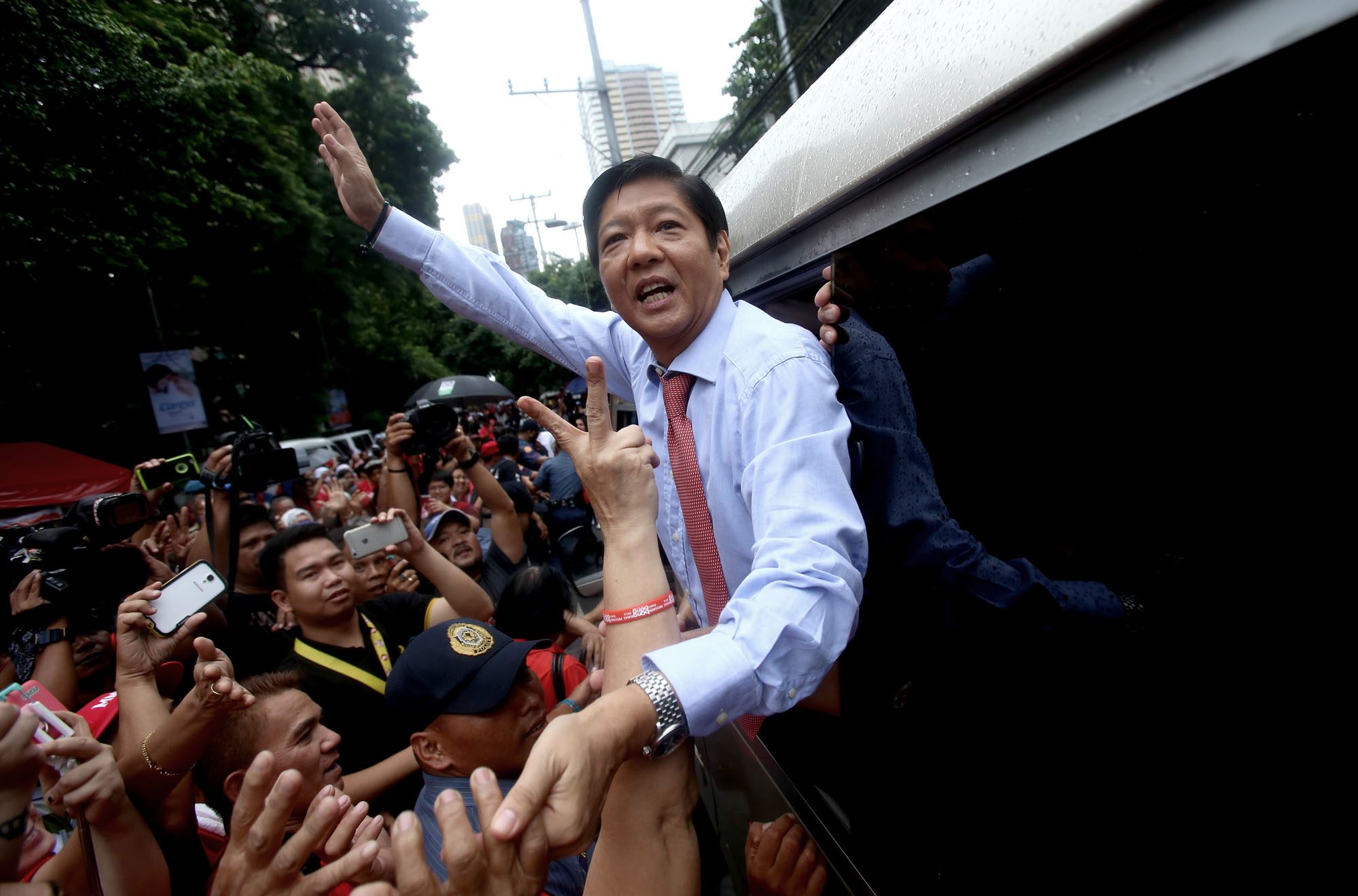 Marcos made the claim during the “Kapihan sa Manila Bay” media forum on Wednesday, January 10, where he called out Associate Justice Benjamin Caguioa for allegedly making what he called “disturbing” decisions.

“I have come to be concerned because the PET’s treatment of me has been unfair. And we can see there have been a disturbing series of decisions made by [Associate] Justice Caguioa that are clearly unfair and unjust,” Marcos said in Filipino.

After losing to Robredo by only 263,473 votes in the 2016 vice presidential elections, Marcos accused the Vice President and the Liberal Party (LP) of robbing him of victory. Marcos  filed an electoral protest against Robredo  in June 2016. The electoral protest was raffled off to Caguioa.

Caguioa served the administration of Benigno Aquino III as chief presidential counsel and acting justice secretary before his appointment to the High Court.  Caguioa and Aquino were classmates at the Ateneo de Manila University.

For now, the former senator said he and his legal team were still thinking of how to address his alleged unjust treatment by the SC.

Asked if he would petition the PET to raffle off his electoral protest to another SC justice, Marcos said: “I imagine that’s one option. I don’t know if we will do it. But we have to do something soon.”

During the forum, Marcos said will not run for senator in 2019 even if he fared well in the  December 2017 Social Weather Stations survey on possible senatorial candidates, confident he would win his case against the Vice President.

The first was when the Court initially asked him to pay the first P36 million out of his P66.2 million protest fee on April 14, 2017, which fell on Good Friday. Marcos, however, failed to mention that the PET immediately moved his payment deadline on April 17, 2017, a Monday, so he could pay on a regular work day.

Marcos also called out the PET because it delayed Robredo’s payment deadline of her P8-million fee in her counter-protest because she “couldn’t pay on time.”

At the time, the Vice President’s camp had petitioned the PET to defer her payment until an initial recount of votes was completed in the 3 pilot provinces to be identified by Marcos, later named as Camarines Sur, Iloilo, and Negros Oriental.

The PET did not grant Robredo’s petition and instead told her to pay the P8 million by May 2, 2017, which she did.

Marcos also hit the PET for making him pay P2.97 million for the decryption of ballot images in his 3 pilot provinces, yet Robredo was allowed access to soft copies without any payment.

He also criticized the Court for not yet deciding on the list of 8,000 witnesses he submitted to prove there was electoral fraud in Basilan, Maguindanao, and Lanao del Sur – another 3 provinces where he wants the PET to nullify the votes for vice president. (READ: Robredo camp hits Marcos for ‘misleading’ SC over witnesses)

The PET has deferred acting on this matter because its next steps will be based on the results of the ballot recount in Camarines Sur, Iloilo, and Negros Oriental, set to begin in February.

“I give respect to the justices….We always give them the benefit of the doubt. That’s why all the orders, even if we don’t agree with the decision, we comply. But the same rules don’t seem to apply to the other side,” said Marcos.  – Rappler.com