Jan 10, 2018 4:22 PM PHT
Rhaydz B. Barcia
Facebook Twitter Copy URL
Copied
The private plane is carrying documents from the central bank office in Manila to its office in Legazpi City 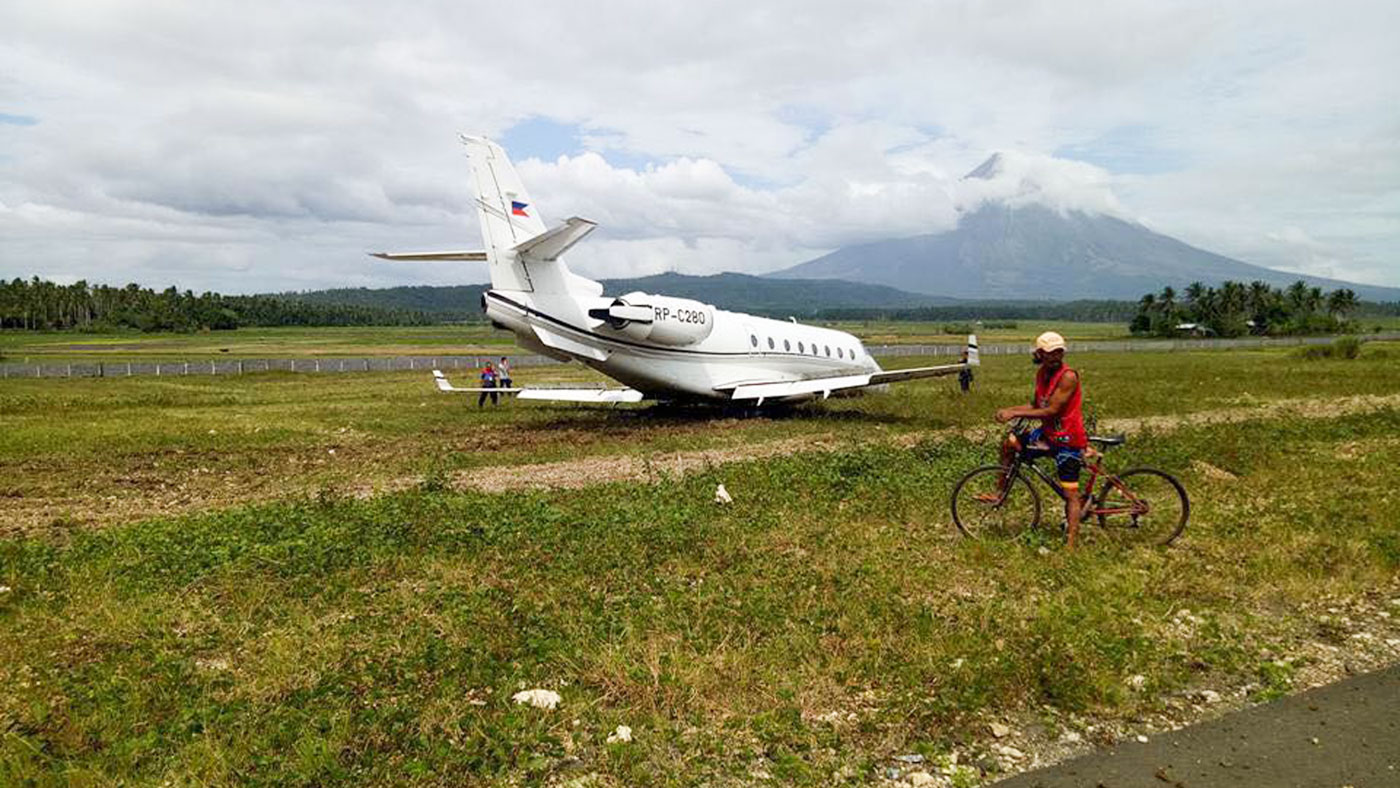 ALBAY, Philippines – A private jet plane from Manila, carrying 6 employees of the Bangko Sentral ng Pilipinas (BSP), made an emergency landing at the Bicol International Airport (BIA) at around 11:30 am on Wednesday, January 10.

The plane skidded off the runway of Bicol International Airport (BIA) in Barangay Alobo in Daraga town.

Police Chief Inspector Arthur Gomez, spokesman for the Philippine National Police in Albay, said the pilot, Captain Jun Pangilinan, refused to give details to the police, citing confidentiality, and said he would submit the full report to his superior.

Gomez withheld the names of the passengers following the confidentiality request.

Apolonio said in a phone interview that the Gulfstream G200 plane was reportedly about to land at the Legazpi City Domestic Airport when sudden wind drop hit the aircraft, forcing the pilot to land instead on the 2.5-kilometer BIA runway, which is undergoing construction.

Apolonio said CAAP will still conduct an investigation as to the real cause of the emergency landing here.

The Gulfstream G200 private jet is the first to make an emergency landing at the Bicol International Airport in Daraga after more than a decade of delayed construction on its runway.

More than a year ago, President Rodrigo Duterte attended the ground breaking ceremony of P4.8-billion Bicol International Airport. He vowed to finish the construction within three years “without corruption.” – Rappler.com