Jan 10, 2018 10:21 PM PHT
Agence France-Presse
Facebook Twitter Copy URL
Copied
The first weekly parliamentary questions follow a report in Wednesday's edition of The Times which said a leading hospital was delaying the start of chemotherapy for patients due to a 40% shortfall of nurses in the relevant medical unit 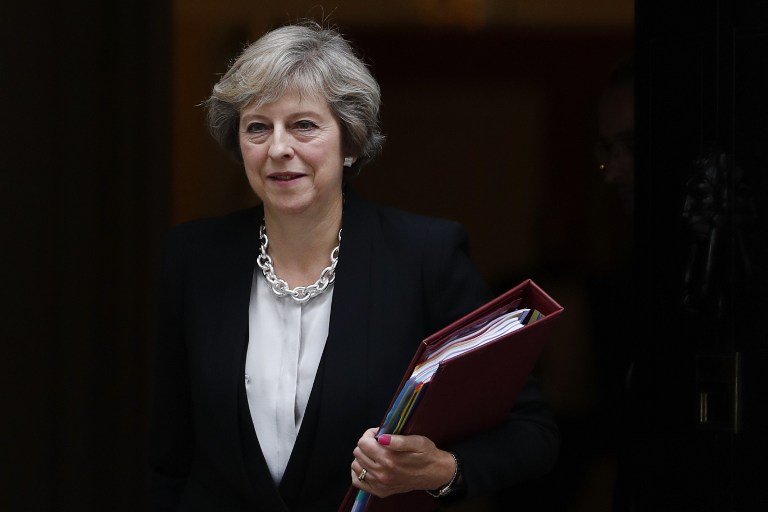 LONDON, United Kingdom – A healthcare crisis put British Prime Minister Theresa May on the defensive at her first weekly parliamentary questions of 2018 on Wednesday, January 10, following a report about cuts in cancer care.

The questions followed a report in Wednesday’s edition of The Times which said a leading hospital was delaying the start of chemotherapy for patients due to a 40% shortfall of nurses in the relevant medical unit.

Andrew Weaver, head of chemotherapy at Churchill Hospital in Oxford, is also reportedly considering reducing the number of treatment cycles used to alleviate symptoms, rather than cure patients, due to staff shortages.

May dismissed the report but apologized for the postponement of tens of thousands of operations over January due to a surge in demand at the state-run National Health Service during the winter period.

“I fully accept that the NHS is under pressure over winter… I apologize to those people who have had their operations delayed,” May said after a barrage of questions from Labour leader Jeremy Corbyn.

“The reality in our NHS is that we are seeing 2.9 million more people now going to accident and emergency, over two million more operations taking place each year,” she said.

Corbyn also mocked May over reports that she had intended to sack Health Secretary Jeremy Hunt but was “too weak” to do so in a cabinet reshuffle earlier this week.

NHS staffing levels have been in crisis for months.

There are 40,000 vacant nurse posts in England, according to the Royal College of Nursing, but the numbers applying to study the subject are also falling.

According to the Nursing and Midwifery Council, 27% more nurses and midwives left the job between 2016 and 2017 than joined.

Numerous doctors have taken to social media in recent weeks to apologize to patients, with one emergency doctor in central England warning of “third-world conditions”.

NHS England last week recommended all hospitals defer non-urgent appointments and operations until the end of the month, except for cancer operations and “time-critical procedures”. – Rappler.com