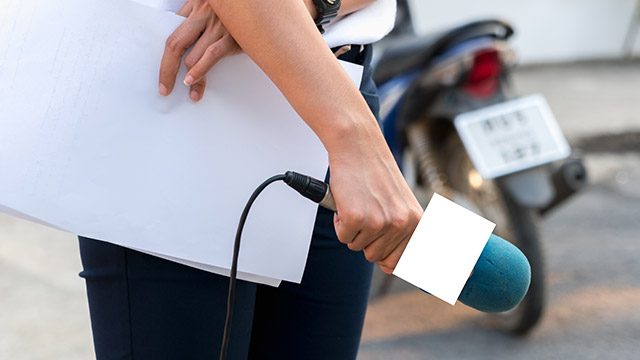 MANILA, Philippines – Up to 86% of Filipinos believe news reports are accurate while 78% say journalists cover politics fairly, according to a new survey by US-based Pew Research Center.

The Philippines ranks second among 38 countries in terms of fairness and accuracy, the Spring 2017 Global Attitudes Survey of Pew Research Center said.

In this survey, 83% of Filipinos said the Philippine media does reports on government officials, placing the Philippines in the 3rd spot worldwide.

A large number of Filipinos at 87% also said journalists cover the most important news events, making the country the 4th placer in this category.

On a global scale, Pew Research Center said people in the sub-Saharan Africa and the Asia-Pacific are more satisfied with the media, while Latin Americans are the most critical. The United States tends “to fall roughly in the middle” across all 4 categories.

“Broad majorities say their news media do a good job of covering the most important stories (median of 73%), reporting the news accurately (62%), and reporting news about government leaders and officials (59%),” said the Pew Research Center.

The same survey also showed that 52% of the 38 countries polled said their news organizations “do a good job” of reporting political stories fairly.

While media perception ranked high in the Pew Research Center survey, Filipinos’ trust in the media stagnated based on the 2017 Philippine Trust Index.

Center for Media Freedom and Responsibility executive director Melinda Quintos de Jesus had said the “black propaganda” against journalists during the administration of President Rodrigo Duterte has affected public perception towards the media.

Staunch of supporters of Duterte would often tag journalists as biased or under the payroll of an interested party whenever stories critical of the President are published. (READ: Propaganda war: Weaponizing the internet)

Duterte himself had even said corrupt journalists deserve to die. – Rappler.com