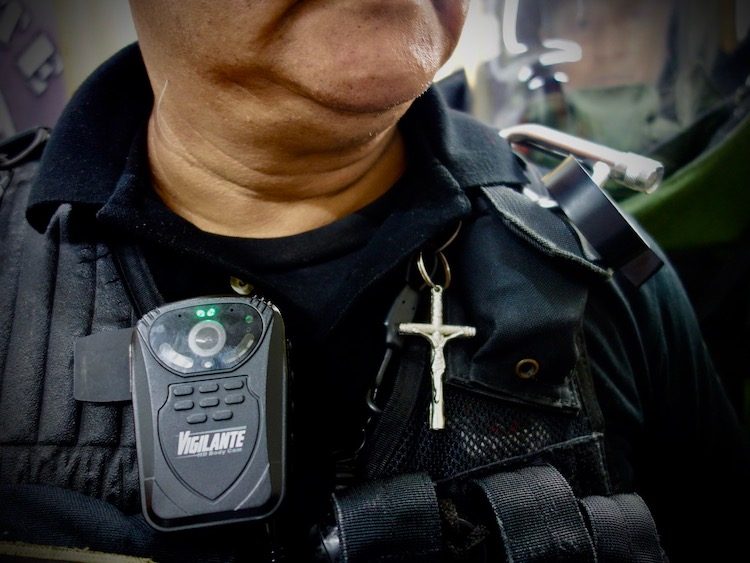 Facebook Twitter Copy URL
Copied
'When available, the use of [a] body camera and other gadgets to record all anti-illegal drugs operations is encouraged,' says the Philippine National Police

This is the new directive of the Philippine National Police (PNP) regarding the proposal for police to wear body cameras, Rappler learned.

“When available, the use of [a] body camera and other gadgets to record all anti-illegal drugs operations is encouraged,” states the PNP in the Supplemental Operational Guidelines for its drug war, signed by PNP chief Director General Ronald dela Rosa last Friday, January 19.

A similar provision is included in the supplemental guidelines of the Philippine Drug Enforcement Agency (PDEA), signed by Director General Aaron Aquino.

“As far as practicable, use of body cameras is encouraged and media should be invited to cover anti-illegal drug operations especially for high-impact operations,” said the PDEA in an order last December 12.

In the past few weeks, both Dela Rosa and Aquino had said that they want body cameras to be required in anti-drug operations.

The orders which only “encourage” the use of body cameras may come as a disappointment to those who have clamored for police to wear the gadget.

Reached for comment, PNP Director for Operations Camilo Cascolan said they only “encouraged” it for now as they do not have enough body cameras. It is unfair, he said, to require what they do not have.

Once there are enough body cameras for the 190,000-strong police force, Cascolan said that would be the time to make the wearing of the gadget mandatory.

The clamor for body cameras peaked after a string of teen killings in Caloocan City last year cast doubt on the regularity of police operations. The most high-profile case is that of 17-year-old Kian delos Santos, who was shown being dragged defenseless by cops in CCTV footage. (READ: Cops ‘confirmed’ Kian ‘drug ties’ after operation, through social media)

The PNP, meanwhile, has yet to release additional guidelines for the controversial Oplan Tokhang, which involves knocking on doors of suspected drug dealers and users, and asking them to surrender. – Rappler.com