MANILA, Philippines (UPDATED) – In a blow to press freedom in the Philippines, the Securities and Exchange Commission (SEC) revoked the registration of news organization Rappler allegedly for violating the Constitution and the Anti-Dummy Law. 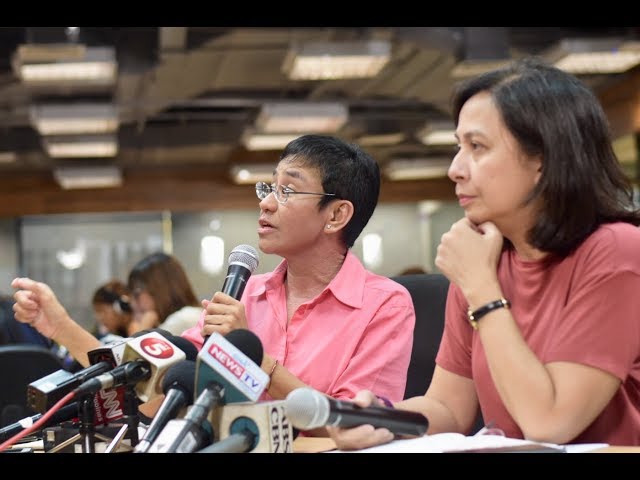 The SEC said Rappler violated constitutional restrictions on ownership and control of mass media entities because of funds coming from Omidyar Network, a fund created by eBay founder and entrepreneur Pierre Omidyar.

“The En Banc finds Rappler, Inc. and Rappler Holdings Corporation, a Mass Media Entity and its alter ego, liable for violating the constitutional and statutory Foreign Equity Restriction in Mass Media, enforceable through laws and rules within the mandate of the commission,” the SEC en banc said in its decision dated January 11 but published on its website Monday, January 15.

“What this means for you, and for us, is that the Commission is ordering us to close shop, to cease telling you stories, to stop speaking truth to power, and to let go of everything that we have built – and created – with you since 2012.” (READ: SEC order meant to silence us, muzzle free press – Rappler)

Rappler, however, will continue to operate as it files the necessary motions for reconsideration with the courts. It will continue to defend and uphold the freedom of the press, which is guaranteed by the Constitution.

A few weeks later, in his State of the Nation Address (SONA) on July 25, 2017, President Rodrigo Duterte himself threatened to investigate the ownership of Rappler.

“Philippine Depositary Receipts (PDRs) do not indicate ownership. This means our foreign investors, Omidyar Network and North Base Media, do not own Rappler. They invest, but they don’t own. Rappler remains 100% Filipino-owned,” Rappler said in a statement after Duterte’s SONA.

The SEC decision against Rappler also comes after months of being attacked by pro-administration bloggers over its ownership, among other issues.

The SEC endorsed the decision to the Department of Justice “for appropriate action.”