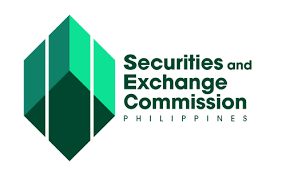 MANILA, Philippines (UPDATED) – Senators on Monday, January 15, questioned the decision of the Securities and Exchange Commisson (SEC) revoking the registration of news organization Rappler for allegedly violating the Constitution and the Anti-Dummy Law.

Opposition senators slammed the move, with Senator Paolo Benigno Aquino IV saying “the shutdown of Rappler is a win for fake news, and a loss for dissenting voices and free speech.”

Hontiveros also said the move is straight out of the late dictator Ferdinand Marcos’ book, as he closed and controlled media companies during Martial Law.

“The revocation of Rappler’s registration is pure harassment and a clear attack on press freedom. It is also Marcosian. It’s a move straight out of the dictator’s playbook. I urge the public and all media practitioners to defend press freedom & the right to speak truth to power,” Hontiveros said in a statement.

Article III, Section 4, of the 1987 Philippine Constitution states that “no law shall be passed abridging the freedom of speech, of expression, or of the press, or the right of the people peaceably to assemble and petition the government for redress of grievances.”

Senator Francis Pangilinan  also slammed the decision and called for solidarity for truth and freedom.

“Today, one of the most prominent voices for truth-telling and journalistic integrity has been stripped of its SEC registration, effectively revoking their license to operate in the country,” Pangilinan said.

“This, and other recent developments, have only made it more evident how important it is for people to have a way to come together. In a time of fear, of relentless attacks on our institutions, the abuse of power, and the feeling of helplessness that this breeds – we seek solidarity,” he added.

Senator Antonio Trillanes IV said it is a move meant to silence “few remaining independent media” in the country,

“I strongly condemn the SEC’s revocation of the registration of Rappler. It is a clear attempt by Duterte to muzzle the few remaining independent media outfits in the country. It would also send a chilling message to other media entities to force them to tow the Administration’s propaganda lines. It is time for the different media groups to close ranks and fight for their constitutionally enshrined freedom of the press,” Trillanes said.

Senate public information and mass media committee chairman Grace Poe did not comment on the propriety of the SEC decision, as she has yet to study if Rappler committed a violation.

Poe, however, said she wants to ensure that such government action is not meant to stifle freedom of the press.

(We just want to make sure that this is not a way to silence any group or organization. That’s all I want to ensure, that’s why I can’t say if it’s right or wrong because we really have a process to follow. The organization’s right to freedom of speech should not be stifled, as long as it is lawful.)

Administration Senator Richard Gordon, for his part, said the SEC should present “convincing and factual evidence” to back its decision.

“The Freedom of the Press is our insurance that we have a clear and transparent society. If the media outlet is guilty of the alleged foreign ownership percentage claim, it should be done with due process and give Rappler a chance to prove the accusation as incorrect. The legal actions should proceed with fairness, otherwise it may be construed as an affront to the guaranteed right of freedom of the press,” Gordon said in a statement.

Gordon said the ruling “can trigger a chilling effect to all media practitioners to fear government reprisals when criticized.”

“The SEC should also explain why they came up with the decision only now since Rappler’s registration was approved on Jan. 1 2012. On the other hand, Rappler should also explain and reveal on record the paper trail of its investors along those years,” he added, as he urged his “media friends” to be “responsible” in reporting.

The SEC said Rappler violated constitutional restrictions on ownership and control of mass media entities because of funds coming from Omidyar Network, a fund created by eBay founder and entrepreneur Pierre Omidyar.

“What this means for you, and for us, is that the Commission is ordering us to close shop, to cease telling you stories, to stop speaking truth to power, and to let go of everything that we have built – and created – with you since 2012.” (READ Rappler’s statement: Stand with Rappler, defend press freedom)

Rappler, however, will continue to operate as it files the necessary motions for reconsideration with the courts. It will continue to defend and uphold the freedom of the press, which is guaranteed by the Constitution. – Rappler.com