The Securities and Exchange Commission insists that its decision to revoke Rappler’s registration is just fair. But we vow to challenge this form of harassment all the way to the Supreme Court, and to fight for freedom of the press.

Rappler is also covering live the House hearing on the impeachment complaint against Chief Justice Maria Lourdes Sereno, as well as the Senate hearing on Charter Change. Tune in. Communist leader Jose Maria “Joma” Sison said the SEC’s decision against Rappler and the government’s push for federalism both show that President Rodrigo Duterte is using the same tactics as the late dictator Ferdinand Marcos.

The Senate is holding a hearing on the move to amend the 1987 Constitution. Tune in to Rappler. Kabayan Representatives Ron Salo and Ciriaco Calalang filed a bill that aims to move the country’s seat of government from Manila to Davao, the hometown of President Rodrigo Duterte. Salo and Calalang said this would “address the issue of Manila Imperialism.” PAGASA warned Metro Manila, Central Luzon, Calabarzon, Mimaropa, Bicol, the Visayas, and Mindanao to be on alert for flash floods and landslides on Wednesday. There’s the tail-end of a cold front and the trough or extension of a low pressure area. 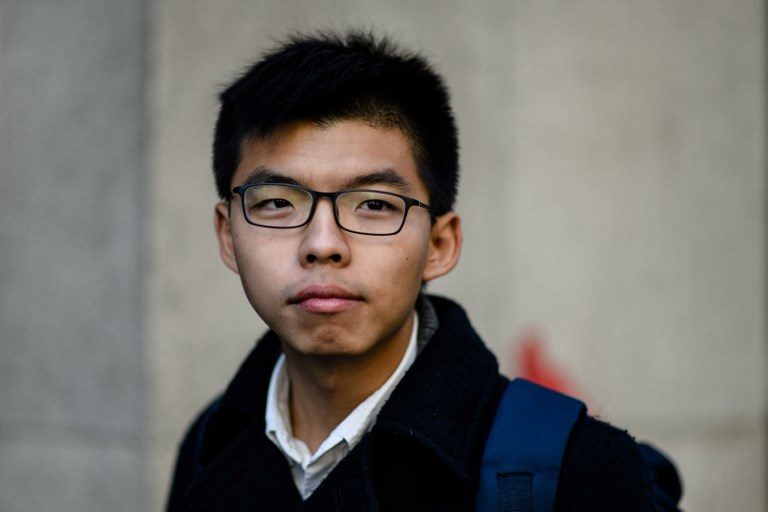 In Hong Kong, democracy activist Joshua Wong has been jailed for a second time over the 2014 mass protests. Wong was already on bail pending an appeal for another offense related to the Umbrella Movement.