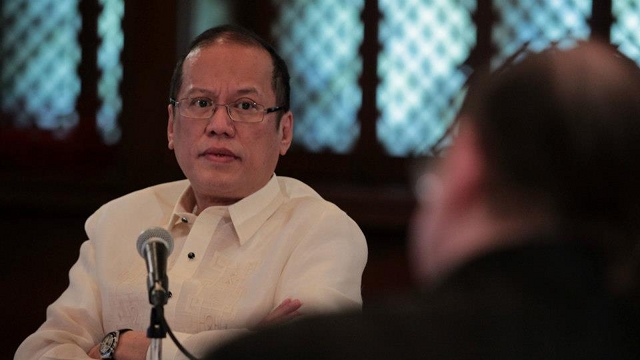 MANILA, Philippines – President Benigno Aquino III on Wednesday, January 9, rejected calls for a total gun ban. He said what is needed is better enforcement of the law and higher penalties for irresponsible gun owners.

Aquino defends right to own a gun

A gun enthusiast himself, Aquino defended his right to own a gun.

He narrated how he was a victim of violence in 1987, when he narrowly escaped an ambush by rebel soldiers who mounted a coup against his mother, then President Corazon Aquino.

“Both Church and Law recognize my right to self-defense,” he added.

He is a responsible gun owner, he said. “I think I lead by example by performing to the law,” he said.

A series of gun-related violence prompted calls for a total gun ban in the Philippines.

A young girl in Caloocan City died from a stray bullet, a celebratory gun fire on New Year’s eve. In Kawit Cavite, 6 were killed when a man went amok with his gun.

Sen Panfilo Lacson, a former national police chief, earlier called for the suspension of all permits issued to private citizens and even intelligence officers on covert operations.

In the House of Representatives, Speaker Feliciano Belmonte Jr said they have time to tackle pending gun control measures. – Rappler.com