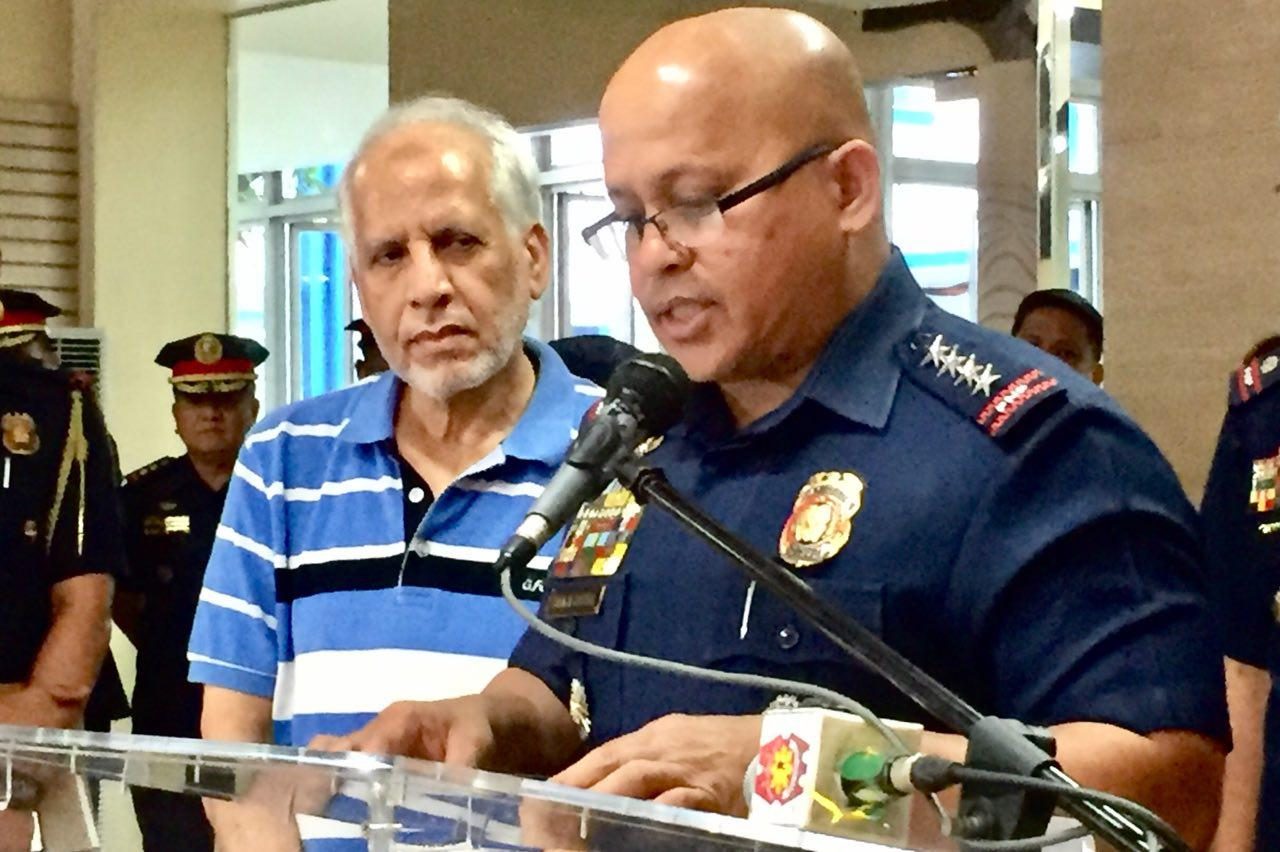 MANILA, Philippines – The Philippine National Police arrested an Iraqi national who is suspected to have links to foreign extremist groups on Sunday, January 21 in Pampanga.

Taha Mohamed Al-Jabouri, 64, was arrested by the PNP after overstaying in the country, prompted by an alert by the Iraqi embassy. He was presented to the media by PNP chief Director General Ronald dela Rosa on Monday, January 22.

Dela Rosa said the embassy described Al-Jabouri as a chemist with knowledge on explosives and is known to have “close ties” with militant extremist movements, like Hamas, in the Middle East.

Al-Jabouri was spotted on Saturday, January 20, in Barangay Malabanias, Angeles, City through the Barangay Information Network, flagging him as a “suspicious-looking person with Middle Eastern features.”

The next day, he was captured by the PNP intelligence officers. They recovered a “large black luggage” from him containing assorted personal effects and different denominations of currency.

The Iraqi readily identified himself as Al-Jabouri with his passport. During questioning, he admitted to being a “consultant” for Hamas Organization in Damascus, Syria, then moved to Istanbul, Turkey, in 2012.

Al-Jabouri told police that he traveled to the Philippines to meet a Chinese business group that hired him as a consultant. The PNP asked him what he was doing with Chinese businessmen, but they said he refused to answer.

Dela Rosa said they have not found any pieces of evidence that would link him to terror groups or terror activities while he was in the Philippines.

Al-Jabouri arrived in the Philippines on August 10, 2017, 3 months prior to the Association of Southeast Asian Nations (ASEAN) Summit and Related Summits. Authorities arrested him, as his visa was only valid until November 9, 2017.

He will stay with the PNP Intelligence Group until his deportation to Iraq – Rappler.com