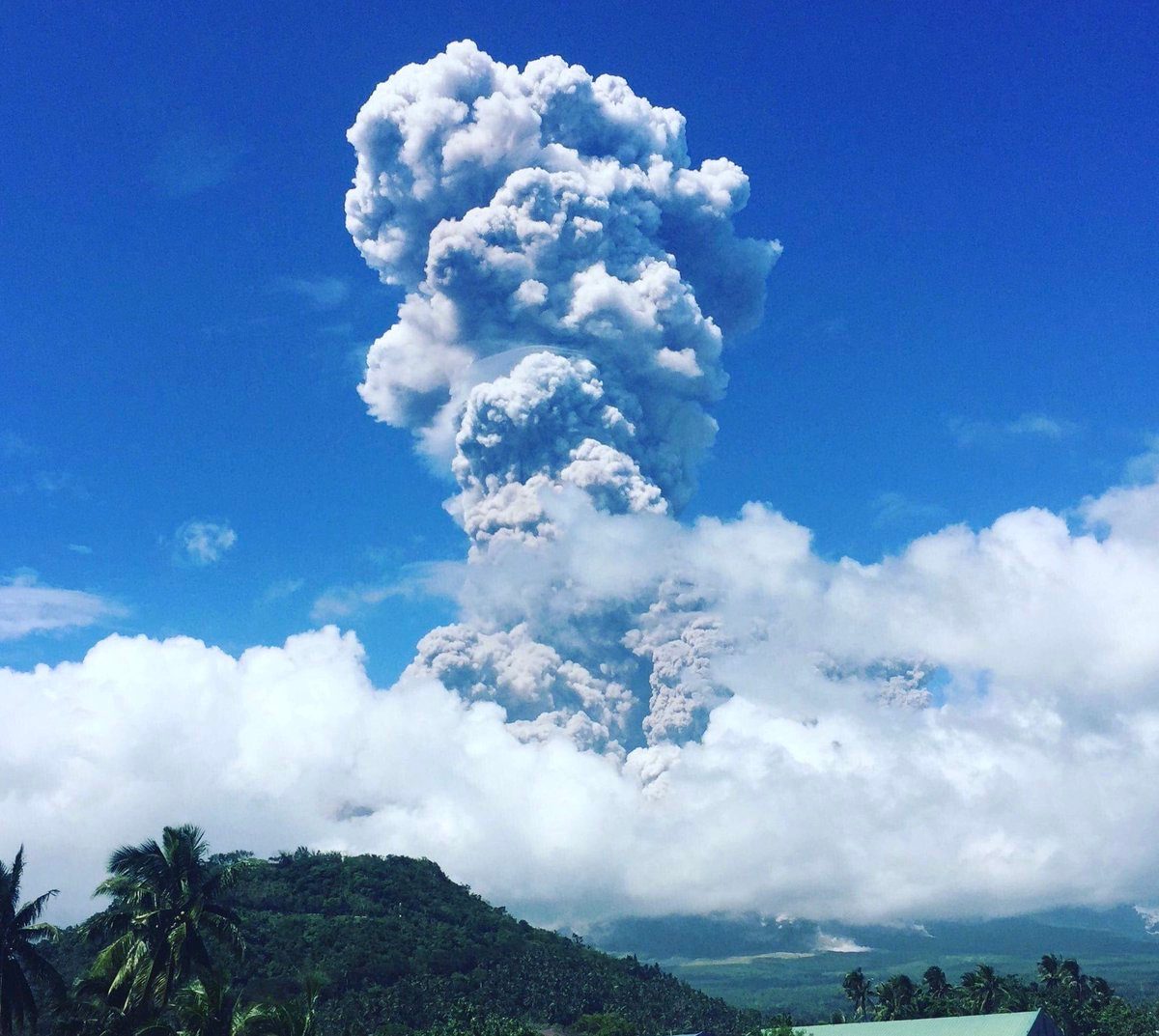 Facebook Twitter Copy URL
Copied
Classes in all levels across Albay are suspended, and residents are advised to wear face masks and stay indoors

MANILA, Philippines – The Mayon Volcano in Albay was placed under Alert Level 4 on Monday, January 22, after it spewed a giant ash column past noon.

The Philippine Institute of Volcanology and Seismology (Phivolcs) raised the alert level and also extended the coverage of the danger zone around the volcano to 8 kilometers (km) from the crater.

The ash cloud towered over the 2,460-meter (8,070-feet) volcano. Ashfall was observed in parts of the province’s 2nd and 3rd districts, as well as in Legazpi City.

Albay Governor Al Francis Bichara told CNN Philippines that zero visibility has been reported in parts of Guinobatan, Ligao, and Camalig after the major ash eruption.

“Everyone is advised to wear their face masks and to stay indoors,” he added.

Bichara also suspended classes in all public and private schools across the entire province of Albay.

Phivolcs warned that a “hazardous” eruption is imminent in the coming days.

“The public is reminded not to panic,” Phivolcs Director Renato Solidum said in an interview on CNN Philippines. “In essence, just be ready.” – with reports from Rhaydz Barcia / Rappler.com