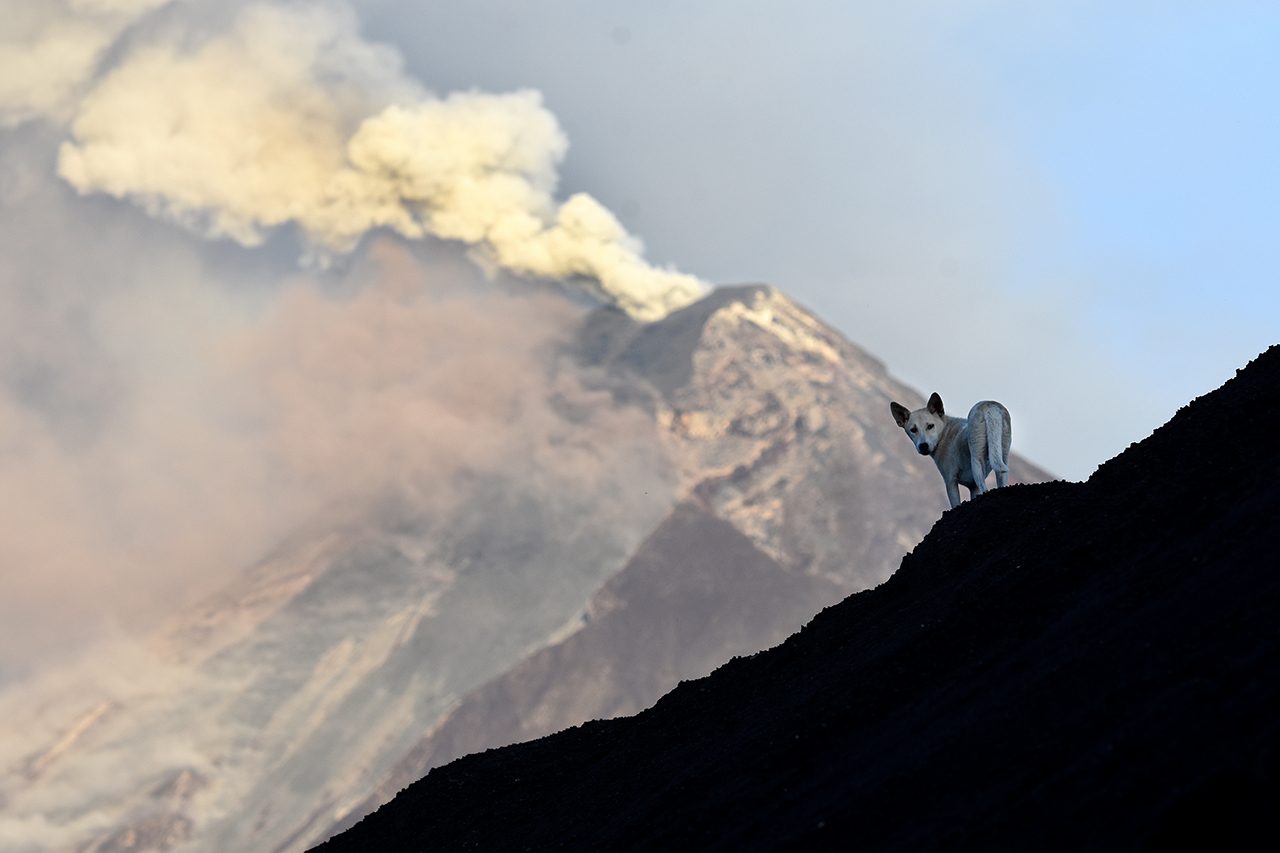 More than 56,000 residents are now crammed in schools and other buildings two weeks after Mayon volcano began showing signs of unrest.

Volcanologists on Monday warned of a hazardous eruption within days and a no-go zone was extended from 6 kilometers (3.7 miles) of the crater to 9 kilometers, forcing local officials to order further evacuations as ash rained down on communities.

At the shelters, people sleep on the floor and each shares a single toilet with 49 other people, the Philippine Red Cross said.

“Their numbers ballooned after the danger zone was expanded,” Rose Rivero, Red Cross administrator for the region, told Agence France-Presse.

Mostly farmers and their families, the evacuees are surviving on food handouts from the government and charities, with the Red Cross pitching in with drinking water, counseling, and hygiene items, she added.

“If we go back to its (Mayon’s) history of eruption, it would take 3 to 4 months before we could send them back to their homes,” Rivero said.

The state volcanologist office said there was little chance of that happening soon.

Lava and incandescent rocks also rolled down the volcano’s flanks, it said in a Wednesday bulletin.

“They are attracted by Mayon’s activity. They want to have a closer look,” Nics Ortonio, a receptionist at the packed 4-star Oriental Hotel in Legazpi told Agence France-Presse.

Guests rush out of their 5,600-peso ($110) per day rooms to watch Mayon’s periodic outbursts in safety from the hotel’s terrace restaurant along with local diners, she added.

“This is good for business, but as a resident I am also affected,” said Ortonio, 22, who said she and her parents were staying put for now at their home.

The Philippines is part of the Pacific “Ring of Fire” of islands that were formed by volcanic activity.

With 51 eruptions in the past 4 centuries, Mayon, a near-perfect cone located about 330 kilometers southeast of Manila, is considered the most volatile of the Philippines’ 22 active volcanoes.

Authorities have closed airports in the region, while periodic ash showers have made driving on some roads nearly impossible. Local governments have advised residents to wear facial masks and goggles. – Rappler.com