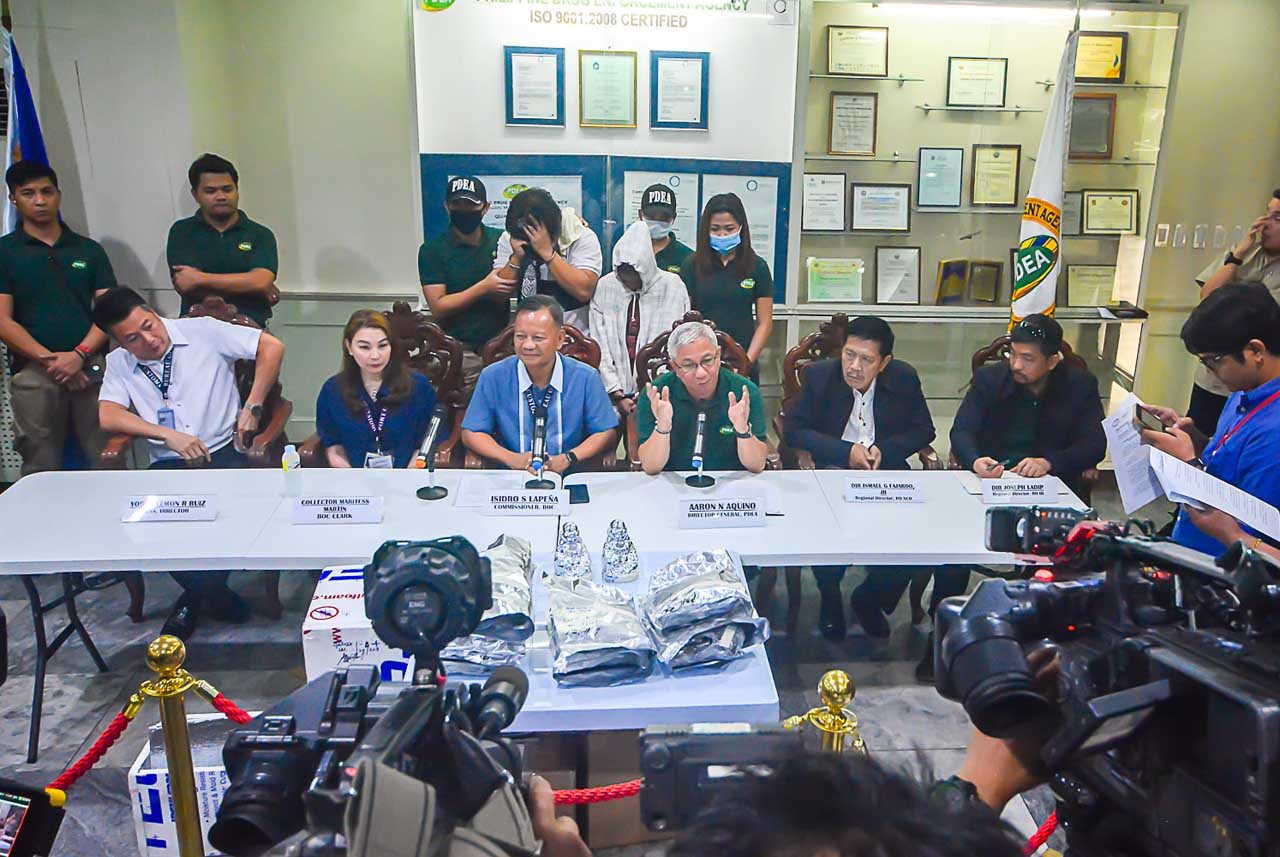 The group arrested two suspects in Trece Martirez, Cavite who received two packages – made up of 6 kilograms of shabu – from the US.

Customs Commissioner Isidro Lapena said, “Two shipments from the United States arrived on January 23 through a courier at the BOC-Clark and were held immediately after receiving a tip from PDEA that it will be subject of controlled delivery to the consignees.

The US Department of Homeland Security tipped off PDEA to the packages.

The sender, a Christian Lozano from California, sent the packages to a certain Raymond Cruz Miranda and Leonel Adriano Romero, who were said to be living at the same address in Trece Martirez, Cavite.

Lapena added, “At 1800 (6:00 pm) yesterday, the agents proceeded to the address where the arrested suspects presented IDs of Miranda and Romero to claim the packages.”

The suspects and the confiscated shabu were turned over to PDEA which will investigate and dispose of the drugs.

“I am optimistic that we will catch more smugglers and drugs this year with the strengthened coordination between the elements of NAIA-DITG against illegal drugs smuggling,” Lapena added. – Rappler.com