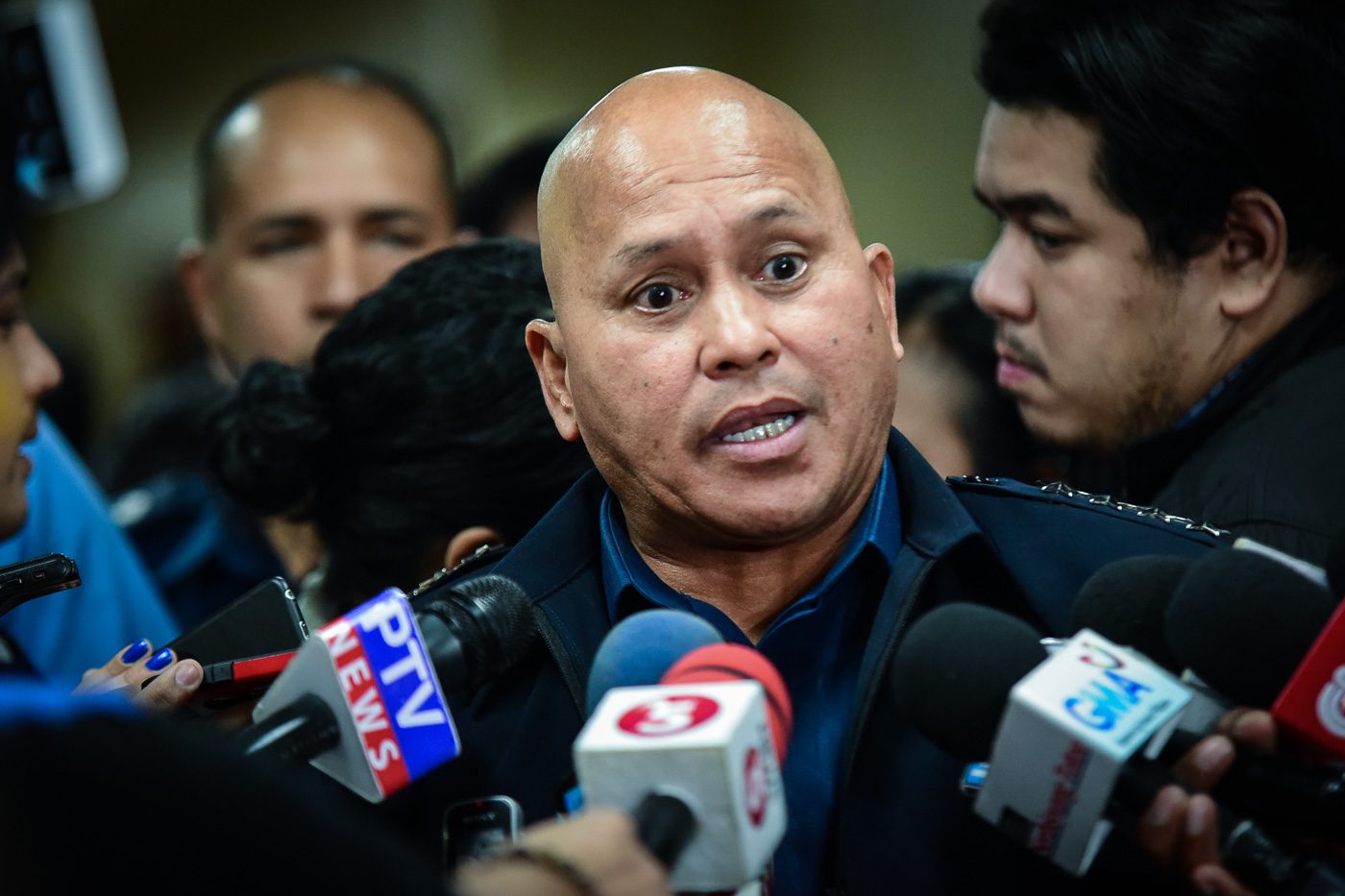 Facebook Twitter Copy URL
Copied
(UPDATED) The PNP chief makes this claim even as at least one police station – in Bogo City, Cebu – reportedly brought their city to drug-free status without any deaths

Dela Rosa explained that cops need to defend themselves from drug suspects who fight back.

“We also have to protect ourselves,” Dela Rosa told reporters in a mix of English and Filipino. “That’s why I cannot give you 100% or a foolproof anti-drug campaign that will be bloodless.”

Dela Rosa also said that if anyone can present a police officer waging a bloodless drug war, he is willing to step down before his retirement in April.

There is at least one police station, however, that has reportedly brought their city to drug-free status without any deaths: the Bogo City Police Station, headed by Superintendent Byron Allatog. (READ: In Cebu, cops turn to CHR, ‘Project Pokemon’ to keep drug war abuse-free)

The new guidelines, the top cop emphasized, instruct cops on how to properly implement the controversial Oplan Tokhang. (READ: How the ‘new’ Oplan Tokhang should be done)

“For us, we are giving you the assurance that what we are doing is to lessen the anti-drug campaign. Because we are not dealing, remember, with people in their right minds,” Dela Rosa said.

In the same press conference on Monday, Dela Rosa also pointed out that the PNP never intended abuses in their anti-drug campaign.

He admitted, however, that their rules were still abused.

For one, Dela Rosa said Oplan Tokhang was used for “extortion operations,” where cops supposedly demanded drug personalities to give them money, or their names will remain on the infamous drug list.

Dela Rosa also admitted to at least one drug-related killing marked with police abuse: the death of Kian Loyd delos Santos. The 17-year-old boy, investigators found, was killed defenseless by cops during a drug raid. Dela Rosa described it as an “overkill.”

With new Oplan Tokhang guidelines signed just last week, Dela Rosa hopes that no abuse will be committed from now on.

The PNP also hopes the Supreme Court would rule in favor of them, as the new guidelines explain, in detail, how anti-illegal drugs operations and Tokhang operations should be executed — bloodlessly. (READ: How the ‘new’ Oplan Tokhang should be done)

“That is why we came up with supplemental guidelines,” Dela Rosa said.

The top cop’s pronouncement came after their drug war guidelines were questioned in the Supreme Court. Petitioners want the guidelines declared unconstitutional because they allegedly gave room for police abuse, leading to countless deaths. – Rappler.com