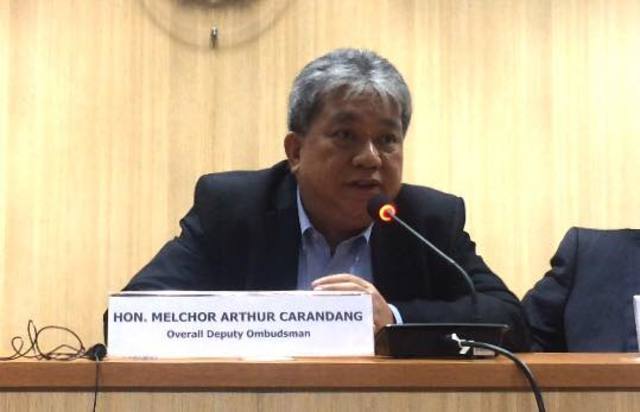 Presidential Spokesperson Harry Roque made this announcement on Monday, January 29, during a Palace press conference.

He said the Office of the Executive Secretary (OES) has “formally charged” Carandang with “grave misconduct” and “grave dishonesty.”

The OES, according to the letter read out by Roque, said Carandang is guilty of “divulging valuable information of a confidential character acquired by his office or by him on account of his position.”

An administrative case was filed with the “investigative and adjudicatory division” of the Office of the President, Senior Deputy Executive Secretary Menardo Guevarra said.

Roque said the statements which got Carandang in trouble were those in which he claimed various transactions involving Duterte’s bank accounts amounted to P1 billion and that these transactions were indicated in documents from the Anti-Money Laundering Council (AMLC).

“We have found probable cause to charge him and he’s now made to answer in 10 days,” said Roque.

Malacañang imposed a 90-day preventive suspension “effective immediately upon receipt of this letter.” (READ: Did Carandang commit breaches, and can the President remove him?)

But can the President impose such sanctions on executives of the Office of the Ombudsman, an independent body created by the 1987 Constitution?

Roque said only the Ombudsman is an impeachable official, not so the deputies.

The 2014 decision reads, “We declare Section 8 (2) of RA No. 6770 unconstitutional by granting disciplinary jurisdiction to the President over a Deputy Ombudsman in violation of the independence of the Office of the Ombudsman.”

When this decision was raised, Roque did not give a direct answer, merely citing another case, that of Wendell Barreras-Sulit vs Paquito Ochoa. Barreras-Sulit, however, is not an official under the Office of the Ombudsman.

Roque maintained that “the authority of the Office of the President has been recognized.”

Senator Antonio Trillanes IV slammed Malacañang’s move, saying, “This is an impeachable offense as it violated Section 5 of Article XI of the 1987 Constitution, which clearly states the independence of the Office of the Ombudsman and its Deputies. The Supreme Court has already resolved this. Clearly, this is another Duterte tactic that’s meant to bully democratic institutions into submission so he could go on with his dictatorial and corrupt ways.”

Carandang drew the President’s ire when, in September 2017, he told media that the Office of the Ombudsman had received Duterte bank transaction documents from the AMLC and that they were similar to bank records made public by Trillanes.

The AMLC later on claimed the documents did not come from them and that they never provided the Office of the Ombudsman with “any report as a consequence of any investigation of subject accounts for any purpose.”

Roque said this was enough to prove that the documents were “unauthenticated” and thus should not have been discussed in public.

Carandang, however, maintains that he “observed confidentiality.”

The formal charging of Carandang by Malacañang stems from two complaints – one filed by former lawmakers Jacinto “Jing” Paras and Glenn Chong, and another filed by lawyers Manuelito Luna and Eligio Mallari. – Rappler.com