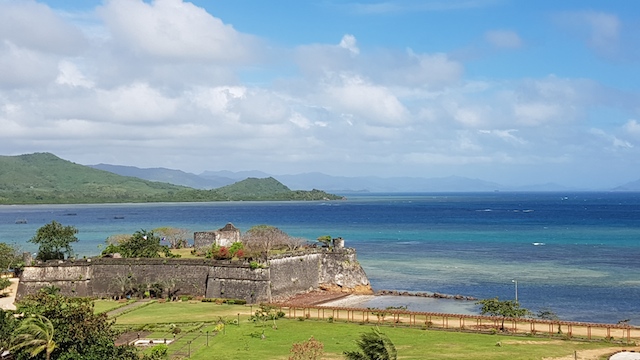 PUERTO PRINCESA, Philippines – Fort Santa Isabel, a historical landmark in Taytay town in northern Palawan, will undergo restoration starting next month in a bid to preserve and promote the province’s rich  heritage.

Town tourism officer Joie Matillano said the restoration of the over 350-year old fort is one of the priority projects of the municipal government to reinvigorate the Taytay’s tourism industry.

“Through this effort, we will be able to maintain the town’s heritage and cultural pride,” he told Rappler in a phone interview on Thursday, February 8.

With the guidance of the National Historical Commission of the Philippines, the town’s tourism and engineering offices will undertake the necessary processes to ensure the quality and authenticity of the restoration.

The municipal government has allotted P4.5 million for the project dubbed as the Estrella Del Norte Heritage Development Project, which includes the establishment of Fort Sta Isabel Heritage District.

In a statement, Taytay Mayor Romy Salvame said the restoration signaled “the revival and rebirth of one of the most significant fortresses of the Spanish empire in the Philippines.”

“Through this restoration project, we will always be reminded that once upon a time, in the days of our ancestors, Taytay was among the most important settlements in the country and the seat of the provincial capital of Paragua (Palawan),” he added.

Also known as Fuerza de Sta Isabel, the historic Taytay fort was originally built as a wooden palisade in 1667 under the Augustinian Recollect Fathers and named in honor of Spain’s Queen Isabel II.

The present-day coral limestone fort was completed in 1738, and was mainly used to defend against Muslim warrior-raiders in their colorful war boats, while Spanish soldiers fired at them with their huge cannons.

“In mainland Palawan, we don’t have other heritage sites as old as Fuerza de Sta Isabel,” he said.

Taytay’s history can be traced back to pre-Hispanic times when it was once a kingdom ruled by a monarch. It was formally founded in 1623 during the Spanish colonization.

The initial phase of the establishment of the heritage district will start with the restoration of the chapel inside the fort. Additional amenities will be introduced inside the site, such as an interactive museum and shops selling locally-produced items.

Handled by heritage architect Joel Rico, the restoration project is expected to be completed on May 1, 2019. – Rappler.com