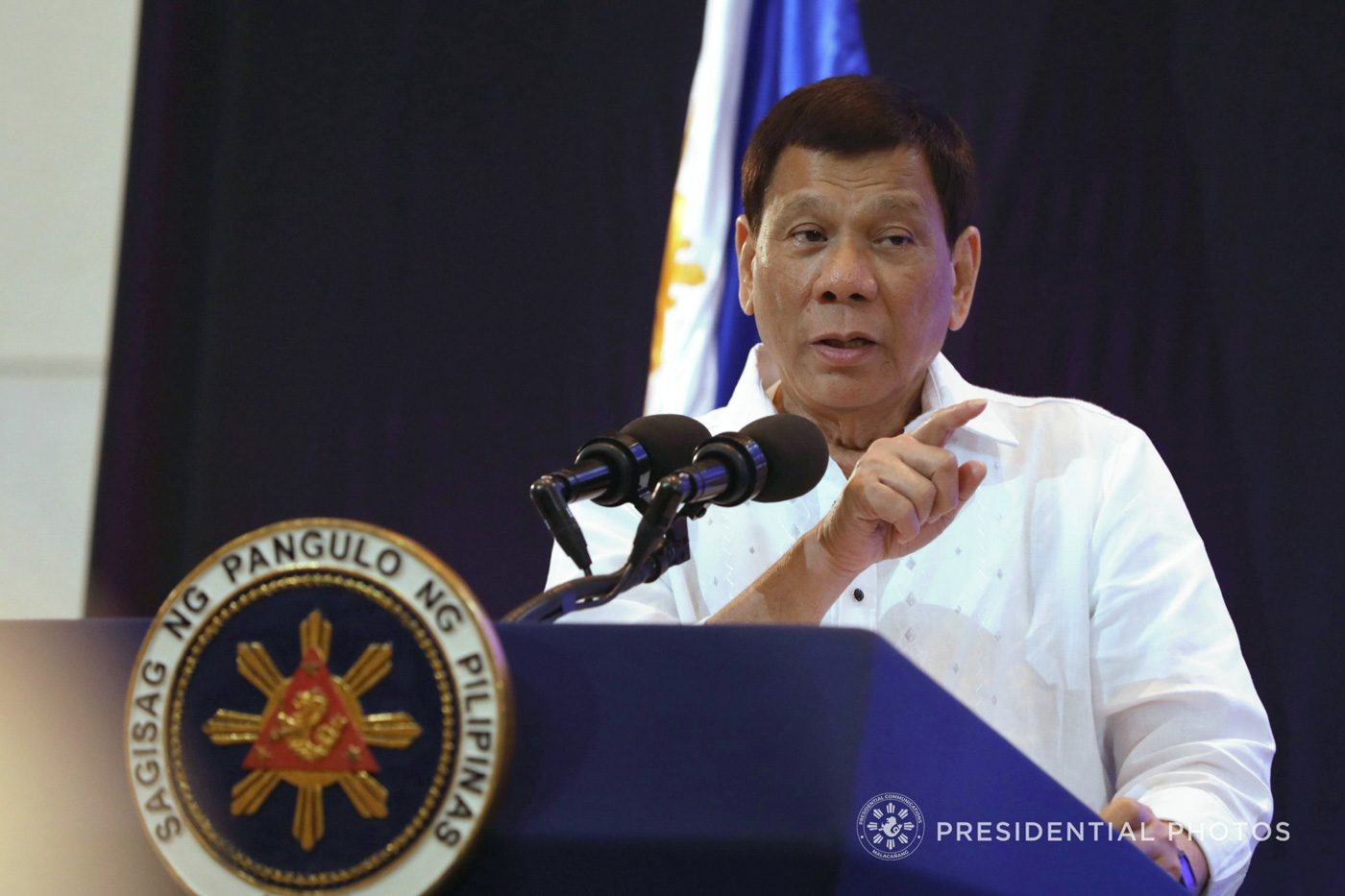 MANILA, Philippines – President Rodrigo Duterte violated international humanitarian law when he encouraged state forces to shoot female rebels in the vagina if they encounter them in the field, Human Rights Watch (HRW) said.

Addressing a group of former rebels in Malacañang on February 7, Duterte had said he ordered soldiers not to kill female rebels but to shoot them in the vagina instead so that they would become “useless.”

The official transcript from the Presidential Communications Operations Office (PCOO) censored the words used by Duterte in his speech, where he used the Visayan word for vagina.

Here are the President’s quotes, translated from Bisaya to English:

“Tell the soldiers, ‘There’s a new order coming from Mayor. We won’t kill you. We will just shoot your vagina so that…if there are no vagina, it would be useless.'”

Duterte still prefers to be called “Mayor” instead of President, owing to his long service as Davao City mayor prior to the presidency.

The Geneva Conventions and its additional protocols, where the Philippines is a signatory, includes the prohibition of “violence to life and person” such as cruel treatment and torture and “outrages upon personal dignity.” Cruel treatment includes sexual violence.

While sexual violence happens in armed conflict, the International Committee of the Red Cross (ICRC) believes it can be stopped.

“All parties to an armed conflict must abide by the prohibition of sexual violence,” it said. “All states have an obligation to prosecute the perpetrators.”

This is not the first lewd remark of Duterte against women. He had previously talked about rape in previous speeches, and joked about using virgins to lure tourists to the Philippines.

The Commission on Human Rights (CHR) once again reminded the President that “words matter,” adding that his latest remark now “openly encourages violence against women.“

“It is the duty of the government to ensure that women, as humans with rights and as part of the country’s most vulnerable and marginalized, enjoy the protection of the State and not be at the forefront of inflicting violence against them,” said CHR Spokesperson Jacqueline de Guia.

“Duterte’s latest nasty remark openly encourages violence against women, contributes to the impunity on such, and further confirms himself as the most dangerous macho-fascist in the government right now,” Gabriela Representative Emmi de Jesus said in a statement.

“He has further presented himself as the epitome of misogyny and fascism terribly rolled [into] one.” – Rappler.com