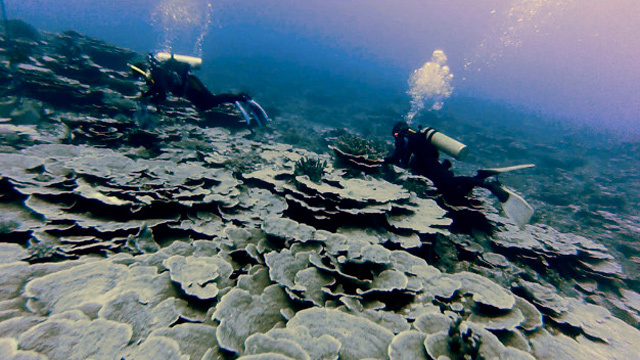 MANILA, Philippines – Malacañang said on Wednesday, February 14, that it does not recognize the Chinese names for undersea features in Philippine Rise (Benham Rise) approved by an international organization.

“We object and do not recognize the Chinese names given to some undersea features in the Philippine Rise,” said Presidential Spokesperson Harry Roque in a statement.

The Philippine government has supposedly reached out to China with its concern over the names.

“Per our Philippine embassy in Beijing, they have already raised our concern to China,” said Roque.

He added that the embassy is also “considering” a recommendation to notify the organization which approved China’s application to name the 5 features – the International Hydrographic Organization – Intergovernmental Oceanographic Commission General Bathymetric Chart of the Oceans (IHO-IOC GEBCO) Sub-Committee on Undersea Feature Names (SCUFN).

The Philippines is not a member of the sub-committee. China’s proposals to name the undersea features were submitted to the body in its October 2015 and September 2017 meetings.

Maritime law expert Jay Batongbacal had said in a Facebook post that the International Hydrographic Organization approved the names submitted by China for 5 features all within 200 nautical miles of the east coast of Luzon.

The Chinese names are:

The names for 3 of the features were reportedly submitted for consideration in 2014 by the China Navy Hydrographic Office which “discovered” the features, said Batongbacal.

The names for the two other features were submitted for approval by the China Ocean Minerals R&D Association in 2016. – Rappler.com