Separation of church, state even with Manalo appointment – Malacañang 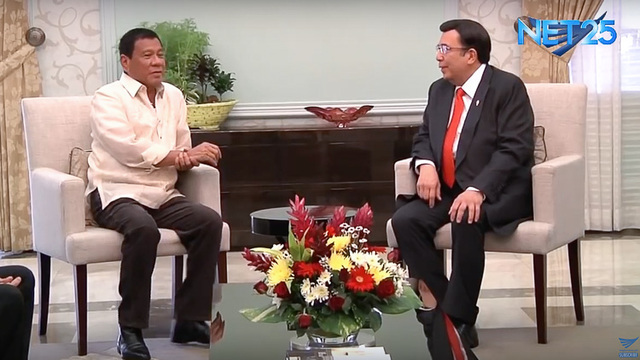 MANILA, Philippines – Malacañang on Thursday, February 15, defended the appointment of Iglesia ni Cristo Executive Minister Eduardo Manalo to a government post, saying this is not a violation of the principle of separation of church and state.

Presidential Spokesperson Harry Roque made the statement in a Palace news briefing on Thursday, in response to questions about the appointment of the religious leader as President Rodrigo Duterte’s Special Envoy for Overseas Filipino Concerns.

He also denied that Manalo’s appointment was “political accommodation” owing to the political influence of the INC, a religious denomination known to vote as a bloc during elections. (READ: How potent is the INC’s vote delivery system?)

The INC leadership endorsed the candidacy of Duterte in the 2016 elections.

The religious leader, said Roque, was appointed because of the INC’s “established network” with OFWs.

“They have an established network and they have projects where OFWs benefit – not just their members but other Filipinos,” Roque said in Filipino.

Manalo will also not be paid a government salary for his work as a special envoy, said Duterte’s spokesman.

“We will benefit from his network, we won’t be paying him for his work,” said Roque.

Manalo is the first INC Executive Minister to be appointed to a government post. He became the third INC head in September 2009, taking over from his father, the late Eraño Manalo. – Rappler.com