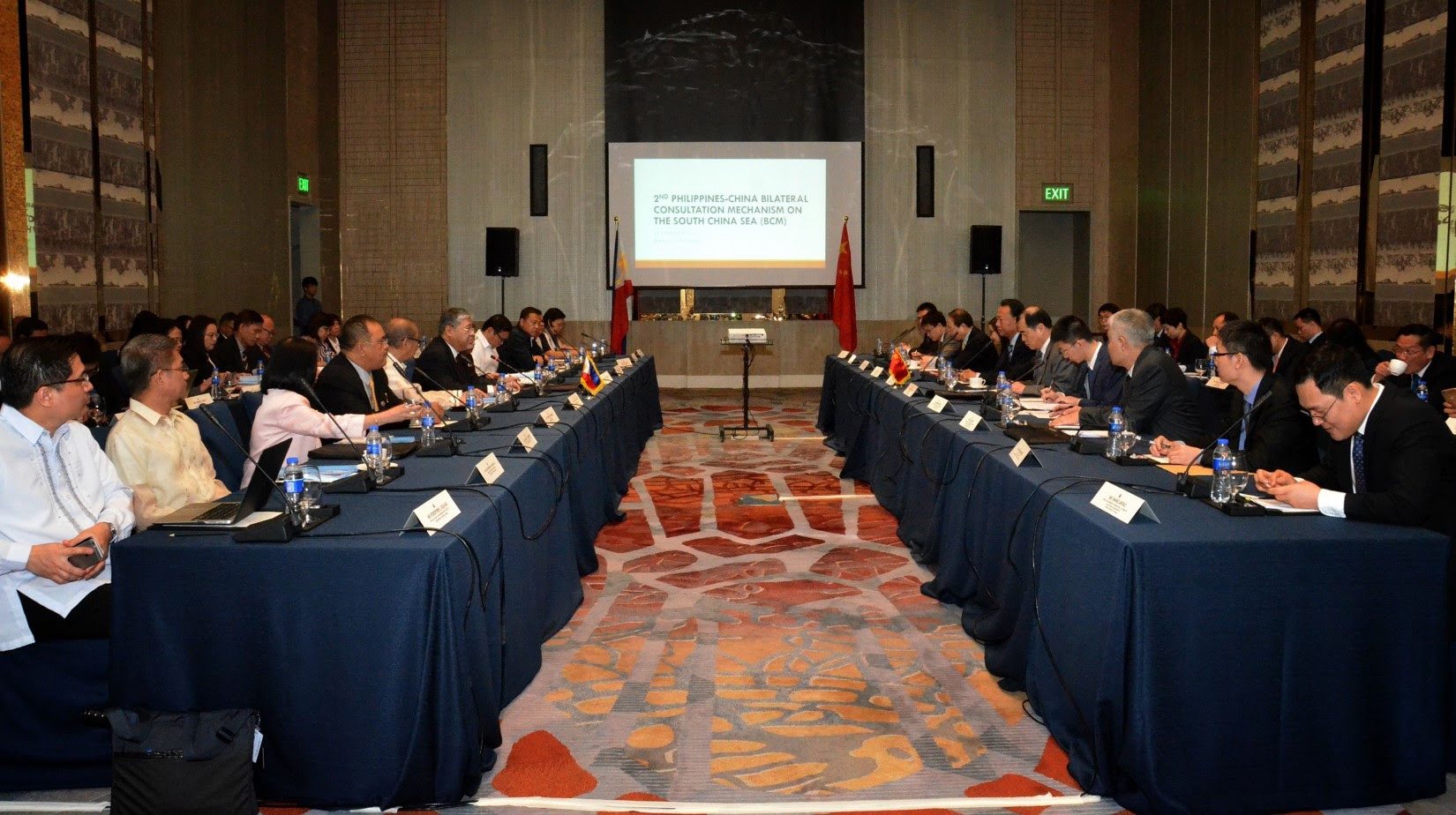 “I can tell you that we’re pursuing it aggressively because we need it. It will serve no one’s good if we do not explore and eventually develop it,” Cayetano said in a press conference Friday, February 16.

Cayetano said that, on one hand, the Philippines can pursue joint exploration alone “in the undisputed areas,” even as the country needs “technical and financial support.”

“But in the disputed areas, you know, unless we can do it by ourselves without starting a war or, worse, without a massacre, it would be prudent to do it in partnership without violating our sovereignty,” he said.

Cayetano explained that joint exploration has a “precedent” – the 2005 Joint Seismic Marine Undertaking between the Philippines, China, and Vietnam.

The JMSU, however, was challenged before the Supreme Court (SC) in 2008. The case is pending with the SC.

The issue of joint exploration came up after the Philippines and China met on Tuesday, February 13, for their second bilateral consultation mechanism (BCM) on the South China Sea, where they discussed issues such as “oil and gas.” (READ: PH, China silent on artificial islands after meeting)

In his press conference on Friday, Cayetano said both the Philippines and China “want” to conduct the joint exploration, before they discuss joint development. Both sides will have working groups to study the issue.

“Then we will find a legal framework if it’s possible under the Constitution that we’ll allow a joint exploration,” Cayetano said.

Carpio asked, “Why do you want to share what’s exclusively yours?” – Rappler.com