U.S. flexes muscle in the Philippines amid concerns vs China 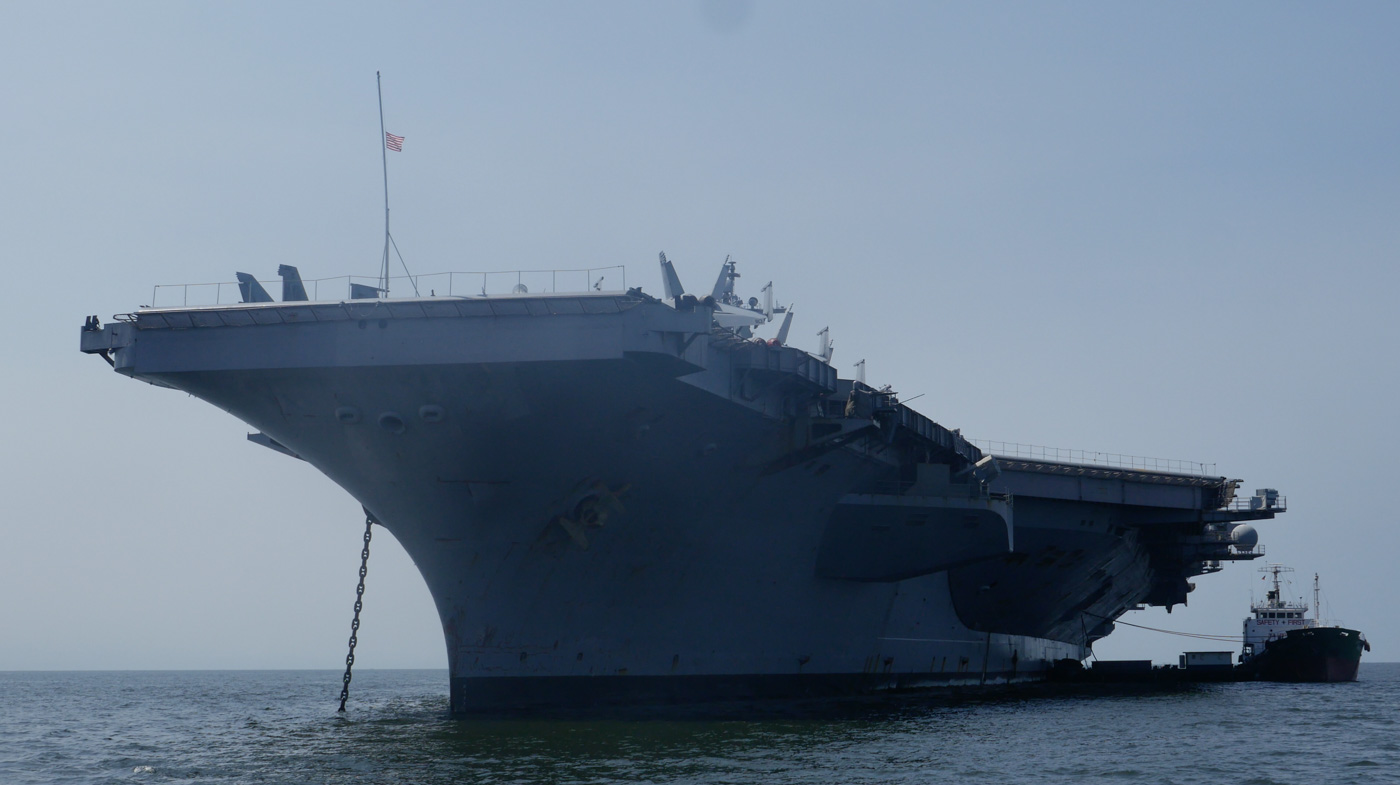 MANILA, Philippines – United States aircraft carrier USS Carl Vinson, its fleet of about 40 fighter jets, and about 5,000 American sailors arrived in Manila this week in a display of American presence in the Philippines amid growing concerns about China’s activities inside the waters of the US ally.

The aircraft carrier is in Manila for a 5-day port visit after sailing the South China Sea. It came with the guided missile destroyer USS Michael Murphy, which made a port call to Manila for the first time.

“The region is so important because not only is it very diverse but there’s a lot that takes place with respect to the global economy. Keeping our sea lanes open in this region is important not only for the United States but for everybody,” Lieutenant Commander Tim Hawkins told Rappler on Saturday, February 17.

Rappler spoke with Hawkins during a tour of the aircraft carrier when it was docked in Manila Bay.

The Carl Vinson Strike Group returned to the region as China’s activities in the western and eastern seaboards of the Philippines prompt concerns.

The US has said it is committed to uphold freedom of navigation in the South China Sea, where a large percentage of global trade passes through, amid China’s overarching claims on the sea.

Rappler tours the USS Carl Vinson aircraft carrier of the US Navy. It is a floating city, 4.5 acres wide, carrying 72 aircraft and about 5,000 sailors @rapplerdotcom pic.twitter.com/d1eor5OKLU 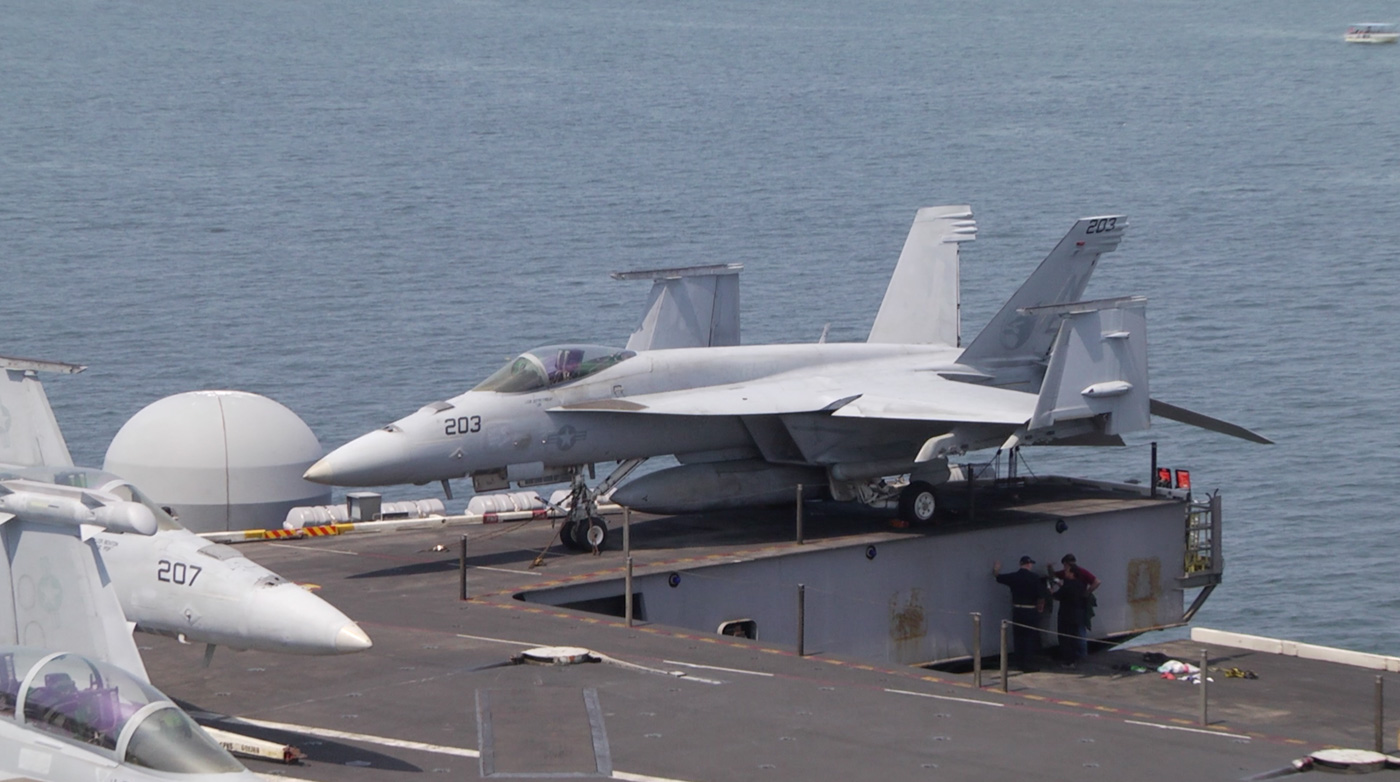 The aircraft carrier was also in the region last year. Defense Secretary Delfin Lorenzana and Justice Secretary Vitaliano Aguirre II were the first officials of the Duterte government to tour the ship.

President Rodrigo Duterte has warmed ties with China to fulfill his declaration of pivoting the country’s foreign policy away from the US, its longtime ally.

Duterte threatened to scrap a defense treaty with the US after the administration of former president Barack Obama criticized his anti-drug campaign. He was kinder to Obama’s successor, Donald Trump, who supposedly praised his centerpiece campaign.

The Philippine president’s pivot to China, however, has very strong critics.

Critics recently assailed a permit granted to China by the Department of Foreign Affairs to conduct research within the vicinity of Benham Rise in the eastern seaboard of the Philippines, an area where China has made no claims.

China apparently named maritime features in the underground plateau, which has been declared part of the Philippine continental shelf.

This came after close-up aerial photos of its artificial islands in the West Philippine Sea were released to show the near completion of what are believed to be military facilities there. Among the reefs it reclaimed is Mischief Reef, a maritime feature inside the Philippines’ exclusive economic zone (EEZ).

Philippine Foreign Secretary Alan Cayetano sought to dismiss the concerns as the country warms relations with China. He said China gave assurances it will stop construction activities in the West Philippine Sea.

In addition, the aircraft carrier’s arrival came after China reportedly deployed a warship to shoo away a US destroyer for sailing too close to Panatag (Scarborough) Shoal, a rocky sandbar located off the coast of Zambales province in the Philippines. (READ: China says U.S. warship near Panatag violated ‘sovereignty’) 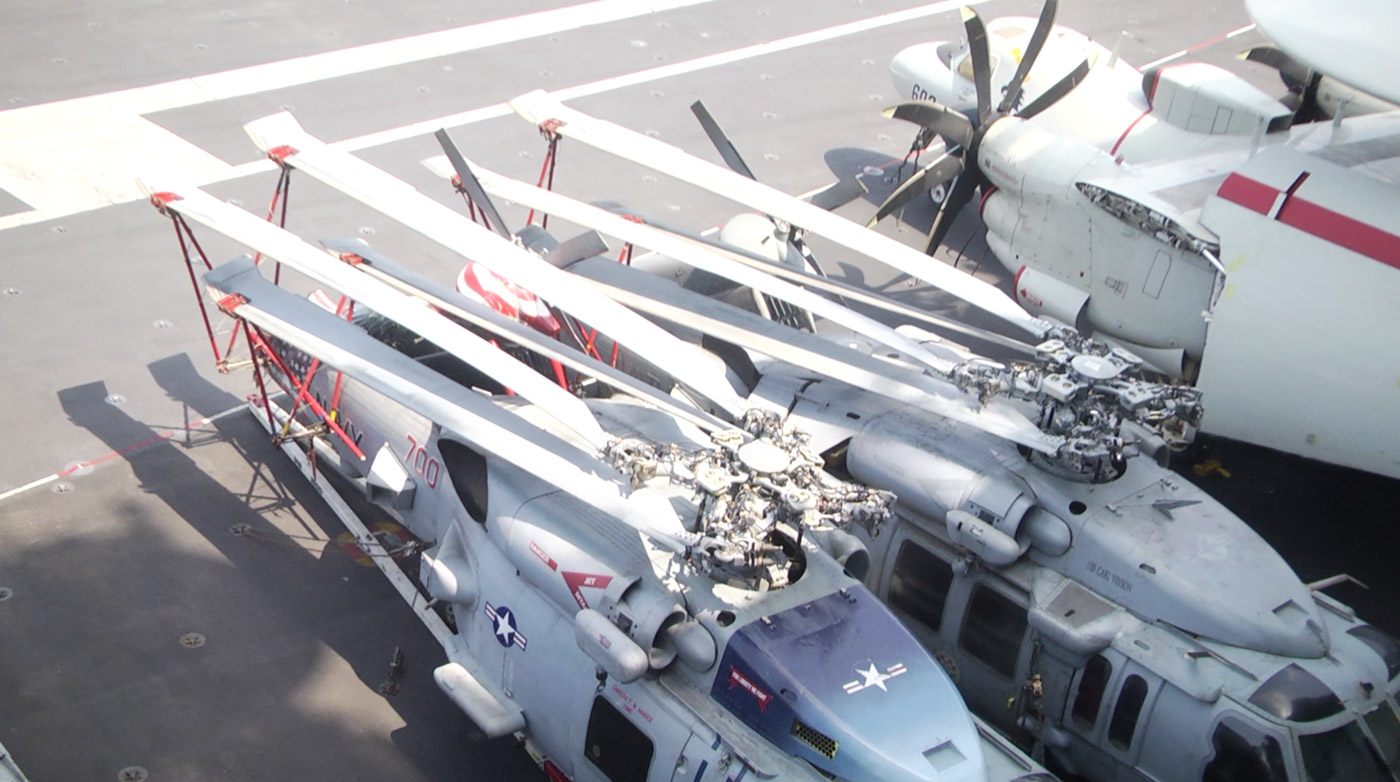 The aircraft carrier is based in San Diego, California, but it is deployed around the world to maintain visible American presence.

The primary mission of USS Carl Vinson is to conduct sustained combat air operations if and when necessary. It also helps defends air and sea lanes and provides humanitarian assistance and disaster relief.

The US embassy in Manila says the Carl Vinson is in the South China Sea as part of its operations in the Indo-Pacific region to promote freedom of the seas and enhance regional security.

“The aircraft carrier [promotes freedom of the seas] just by conducting routine operations – flying and sailing wherever international law allows. It’s very important. We have been operating here for more than 70 years. Just think about that. That’s 70 years where there has been relative peace which underscores and underwrites prosperity,” said Hawkins.

“One of the ways that we have been able to influence this region in a positive way is to just operate here and conduct routine operations. When we do that, we reassure our allies, we reassure our partners, and we continue to build that cooperation that is so important.” – Rappler.com