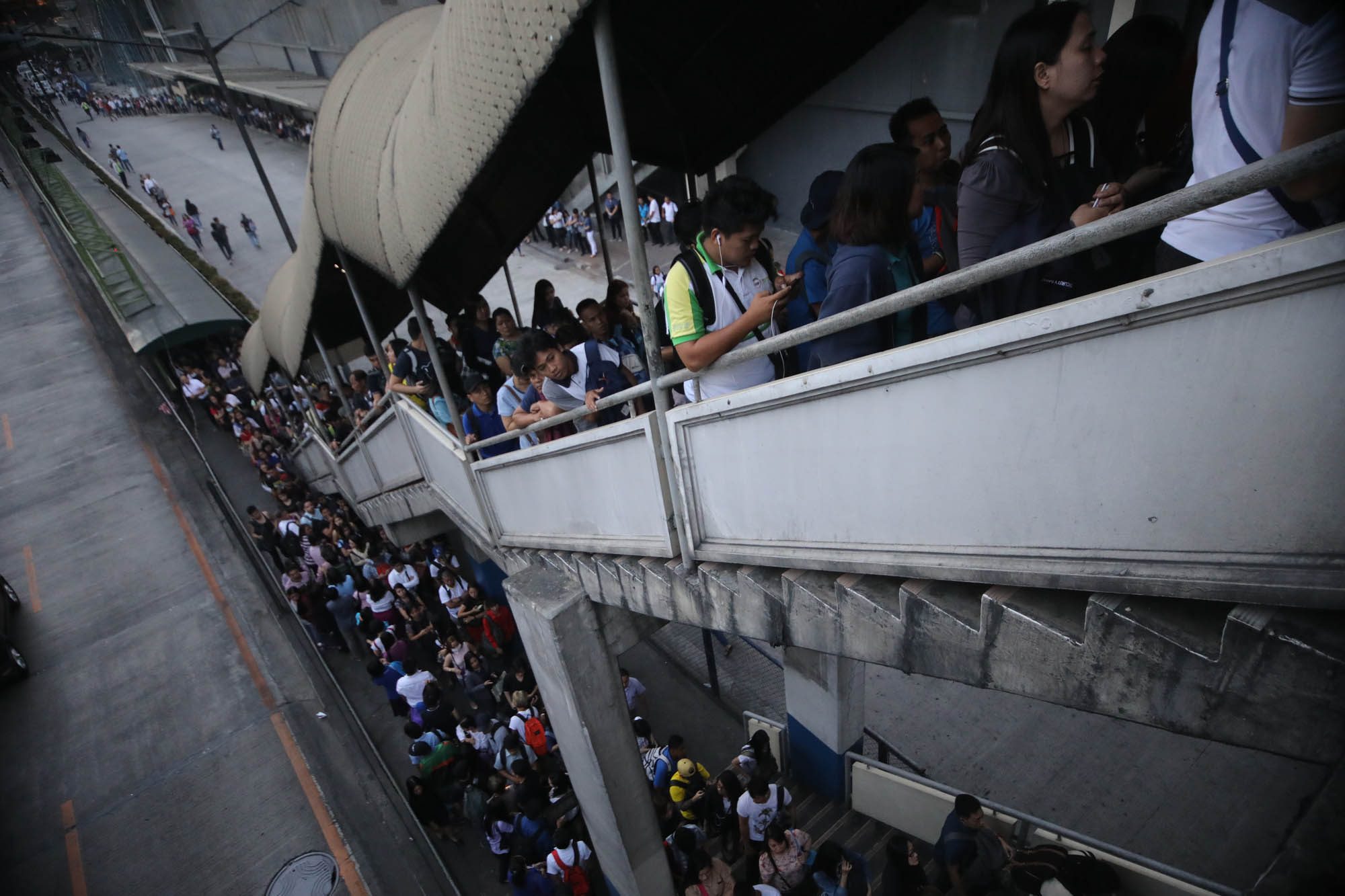 The first glitch occurred early in the morning, when power failure delayed the opening of the line by nearly 1 1/2 hours.

According to the MRT3 management, the morning’s power supply failure was due to intertwined overhead wires between the North Avenue and GMA-Kamuning stations. It is still under investigation.

The MRT3 implemented provisional service from Shaw to Taft stations, after another power failure incident on Monday at 1:54 pm.

According to the MRT3 management, the incident on Monday afternoon may be related to the morning power failure. Both incidents are currently under investigation.

Only 4 trains are up and running after the second power failure.

The MRT3 management said no passengers were unloaded due to both incidents.

The MRT3 opens at 5:30 am and closes at 10:30 pm daily since November 2017. It was cut short from its previous schedule of 5 am to 11 pm for longer maintenance checks. (READ: MRT3 suffers almost daily breakdowns since start of 2018)

Transportation officials rejected earlier calls for a temporary suspension of MRT3 operations until all glitches could be fixed, saying this would only cause great inconvenience to commuters.

The MRT3 management promised that there will be better services once the trains are rehabilitated between March 28 and 31.– Rappler.com