Feb 19, 2018 11:21 AM PHT
Pia Ranada
Facebook Twitter Copy URL
Copied
Reports that claim his involvement in the warships deal are only meant to bring down the Duterte administration, says Special Assistant to the President Bong Go 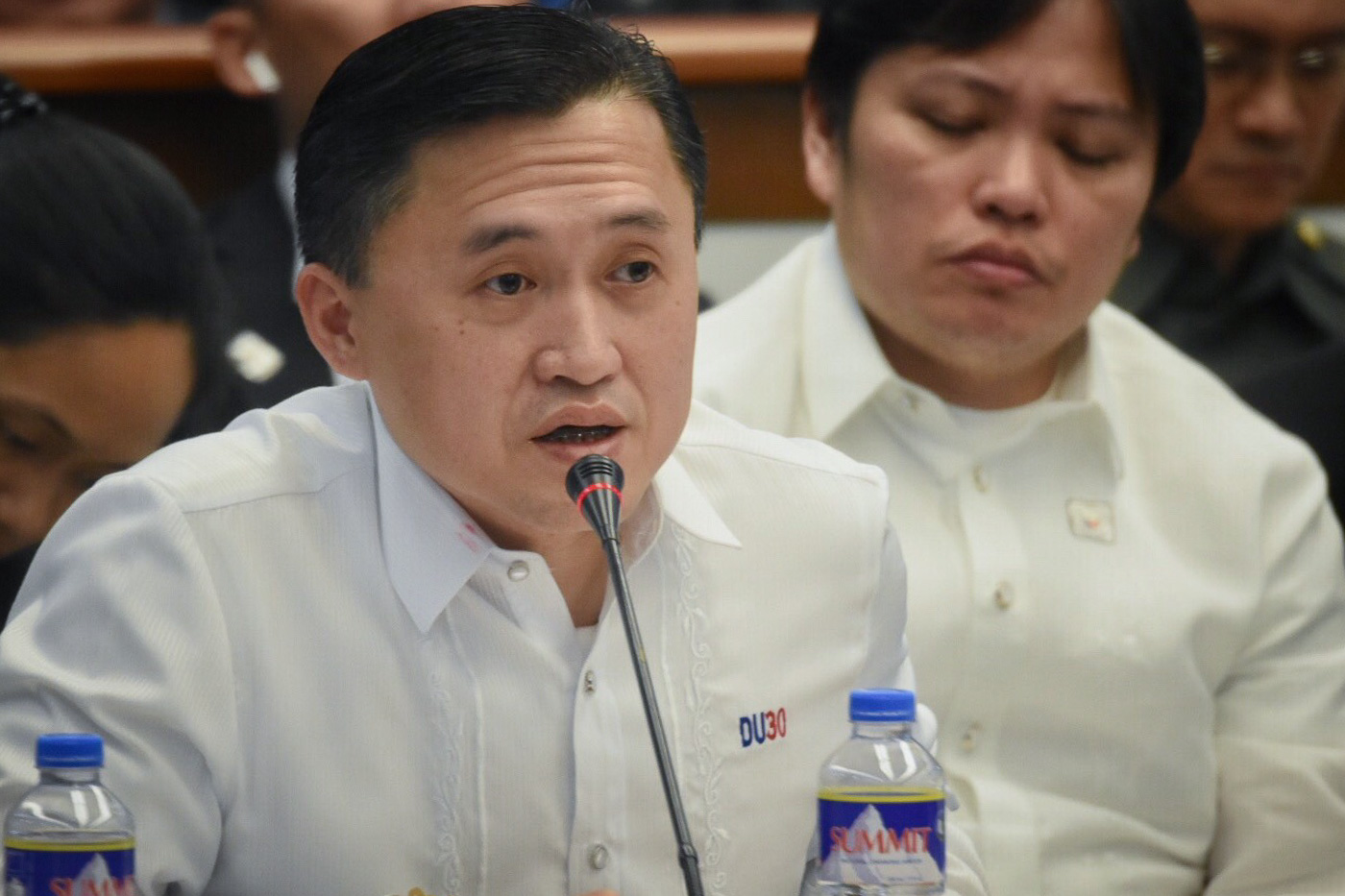 MANILA, Philippines – Special Assistant to the President Bong Go confirmed that his office in Malacañang “endorsed” the complaint from frigates supplier Hyundai Heavy Industries (HHI) to the Department of National Defense (DND).

“We are being castigated for endorsing a complaint to the proper agency,” Go told senators in a jam-packed Senate session hall on Monday, February 19, during a probe into the Philippine Navy’s controversial frigates deal.

The act, said Go, is a “mere notary endorsement which is one of the thousands of complaints we endorsed as part of PRRD’s (President Rodrigo Roa Duterte’s) agenda to open the gates and ears of Malacañang to complaints against public officials and against the bureaucracy.” (READ: DOCUMENTS: How Bong Go is linked thrice to frigates deal)

He even said the Palace’s openness to receiving reports about government projects is primarily for the powerless and voiceless in Philippine society.

“Where else can the countless helpless and hopeless Filipinos go if we close our doors to them?” said Go.

The complaint endorsed by Go’s office came from HHI. It centered on the delay in the Philippine government’s implementation of the deal for HHI to build two warships or frigates for the Philippine Navy.

The delay was due to disagreement on which supplier should provide the critical Combat Management System (CMS) of the frigates. HHI, based on fine print in the government contract, insists they get to choose the CMS provider. The Philippine Navy thinks the supplier preferred by HHI is not qualified.

Though Go confirmed that his office endorsed the document to the DND, he still called reports by Rappler and the Philippine Daily Inquirer “fake news.”

“Rappler and Inquirer released fake news…All of this stems from irresponsible reporting,” he said in Filipino. (READ: Bong Go rails against Rappler, Inquirer in Senate hearing)

Go even asked the Senate to invite the two news outlets to another hearing on fake news so they could clarify their stories. In the previous hearing on the subject, the two news organizations were represented.

Efforts to bring down admin?

Go then went on to say such reports involving his name are part of efforts to bring down the Duterte administration.

“Inosente at dinamay lang ako sa issue na ito upang siraaan ang administrasyon ni Pangulong Duterte (I am innocent and I was only dragged into this issue to destroy the reputation of the Duterte administration),” said Go.

Those part of such efforts aim to “ensure that this administration will fail.”

“But we will not allow them to win because the truth is on our side,” added Go.

He expressed confidence that the Senate will be a “vehicle of truth.”

Towards the end of his statement, he told his audience, “We place our free trust in the Senate to put an end this.” (READ: Some Bong Go supporters clueless about frigates controversy) – Rappler.com