Garin grilled for taking over FDA while DOH chief 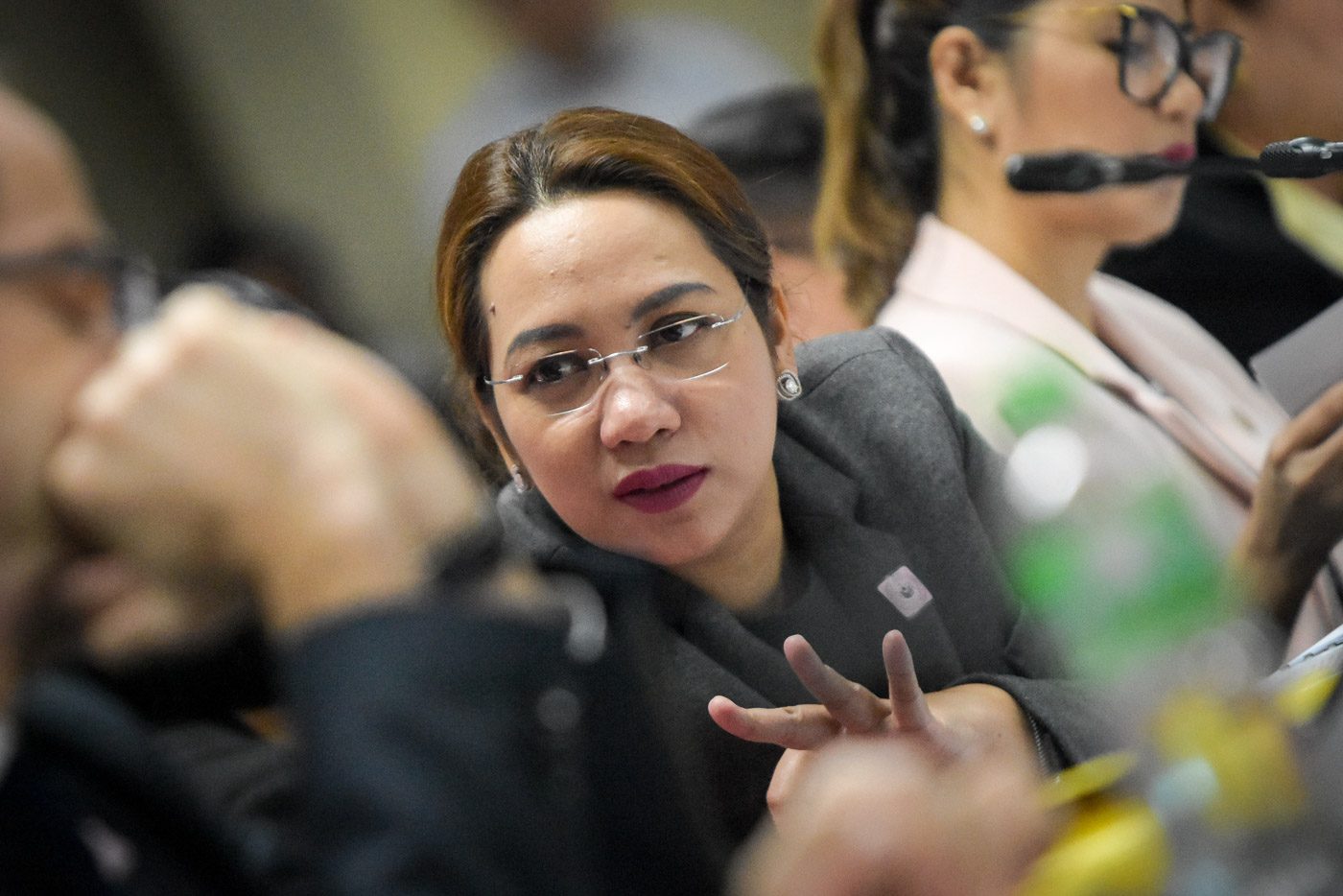 Facebook Twitter Copy URL
Copied
'If I was your lawyer, I’ll protect you right now. Because a few days later, you were off to Paris to talk to Sanofi,' Senator Richard Gordon tells ex-health chief Janette Garin on her self-appointment to the FDA

MANILA, Philippines – Former health chief Janette Garin was put on the hot seat for appointing herself as Food and Drug Administration (FDA) director-general while she was also secretary of the Department of Health (DOH).

Senate blue ribbon committee chairperson and Senator Richard Gordon said in a hearing on Wednesday, February 21 that Garin’s 6-month stint at the FDA is an “effective violation” of the 1987 Constitution.

Section 13, Article VII prohibits Cabinet members from holding any other office or employment during their tenure.

On May 5, 2015, Garin appointed herself as head of the FDA by issuing Department Personnel Order No. 2015-1845. At the time, she was still acting DOH secretary.

The former DOH chief admitted to her self-appointment during the hearing. Gordon then asked her if she could not have just designated someone else for the position instead.

“Your honor, the [FDA] director-general is appointed by the president” was Garin’s reply.

Gordon then told Garin that if he were her lawyer, he would stop her from answering further.

“See, if I was your lawyer, I’ll protect you right now. Because a few days later, you were off to Paris to talk to Sanofi. Correct? On May [15], you went to Paris and talked to Sanofi. And you were not happy with my statement that you were negotiating for the price. You were supposed to go to Geneva, but somehow you decided to go to Sanofi!” said the senator.

At the time, Garin was already in Europe to ask help from experts regarding another disease in Central Luzon.

A little over a month later, FDA issued a certificate of product registration (CPR) allowing Sanofi to commercially sell Dengvaxia in the Philippine market.

According to Garin, she stayed with the FDA for 6 months because she was addressing backlogs in the agency left by the officer-in-charge who preceeded her, Nick Lutero.

But Lutero told Gordon that Garin supposedly removed him because of pressure from unnamed lobbyists who wanted to be the next FDA director-general. Garin denied this.

‘Coincidence is so dramatic’

The embattled former DOH secretary said on Wednesday the issuance of FDA’s CPRs does not fall under the director-general. Instead, she said it is under the jurisdiction of the Center for Drug Regulation and Research.

Gordon did not buy her explanation.

“You know, I am sorry but I need a more valuable explanation because I think the coincidence is so dramatic,” said the senator.

“The whole problem of this incident was that all the things that happened here are facilitated, moved faster every time there is a meeting with Sanofi,” added Gordon

He previously said the procurement of Dengvaxia and the implementation of the immunization of the program was “too fast” and hinted at a possible “conspiracy.” – Rappler.com