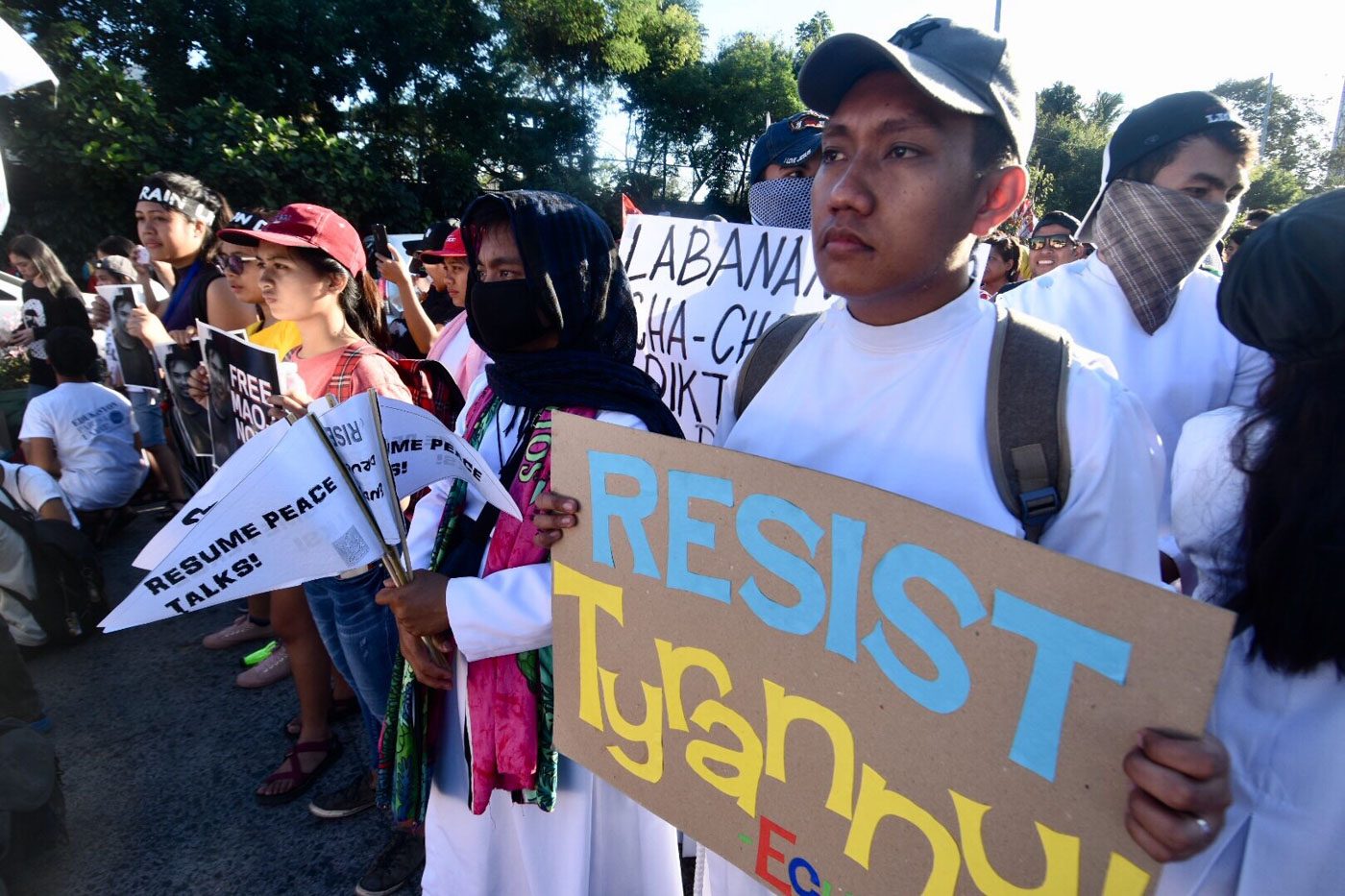 MANILA, Philippines – Protesters assembled at the People Power Monument along EDSA in Quezon City on Saturday, February 24, to commemorate the 32nd anniversary of the revolt that toppled the Marcos dictatorship in 1986.

The 32nd anniversary of the EDSA People Power Revolution is on Sunday, February 25.

In the protests, various sectors called on Filipinos to “fight tyranny and dictatorship” as well as oppose moves to change the 1987 Constitution.

“It is a warning to all would-be tyrants that the people will always resist and triumph over authoritarian rule, no matter how long and no matter how difficult,” said Bagong Alyansang Makabayan (Bayan) in a statement. 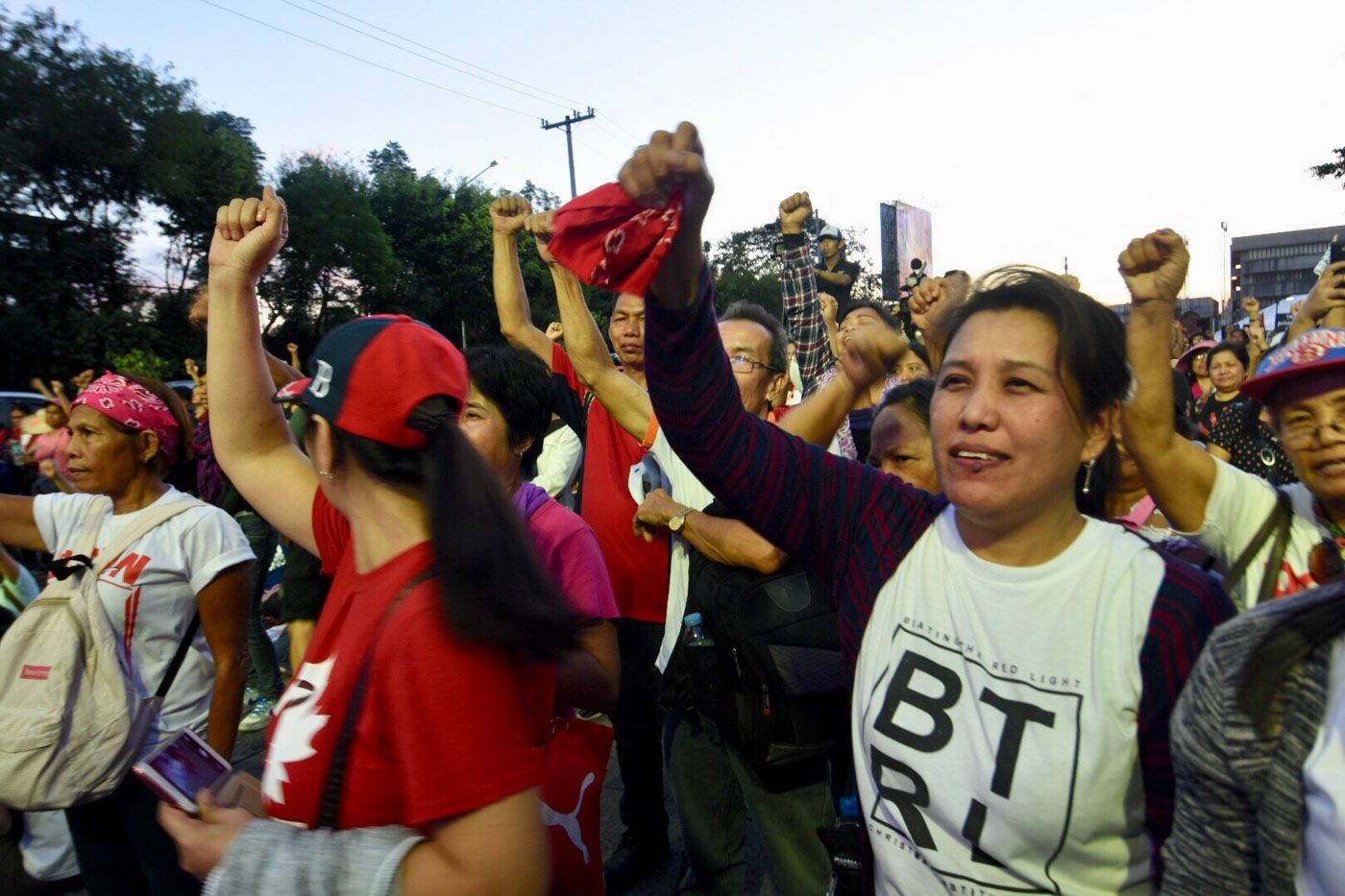 “Such lessons are relevant today,” continued Bayan, as President Rodrigo Duterte’s administration “carries out a bloody war on drugs, all-out war against the people, Martial Law in Mindanao, and charter change maneuvers to centralize power and extend terms of elected officials.” 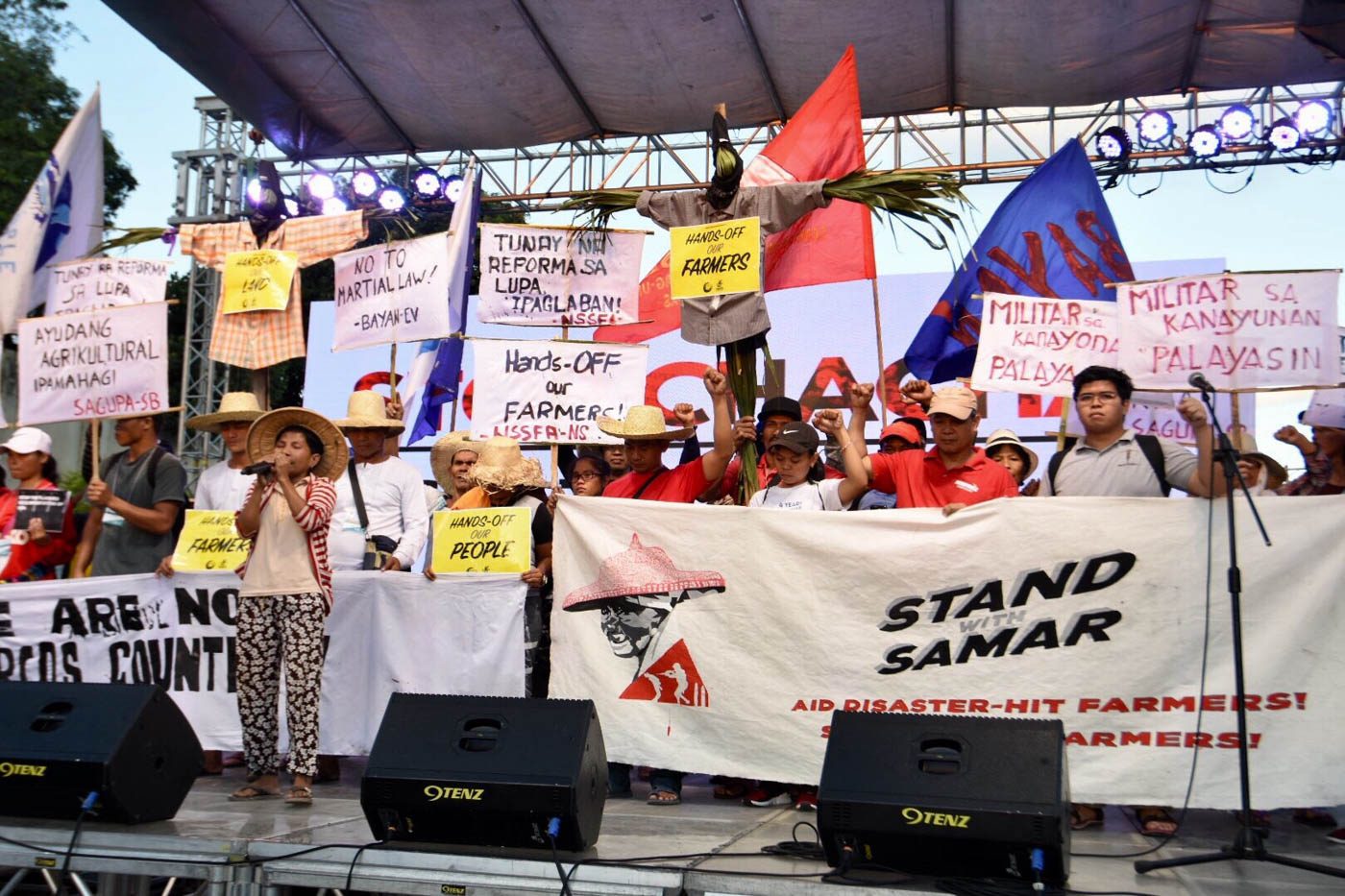 The No to Cha-Cha Coalition, meanwhile, called on the people to “remain vigilant and be involved, to participate in various activities, including mass actions against Cha-Cha and dictatorship, and stand for democracy, sovereignty, social justice, and human rights.” 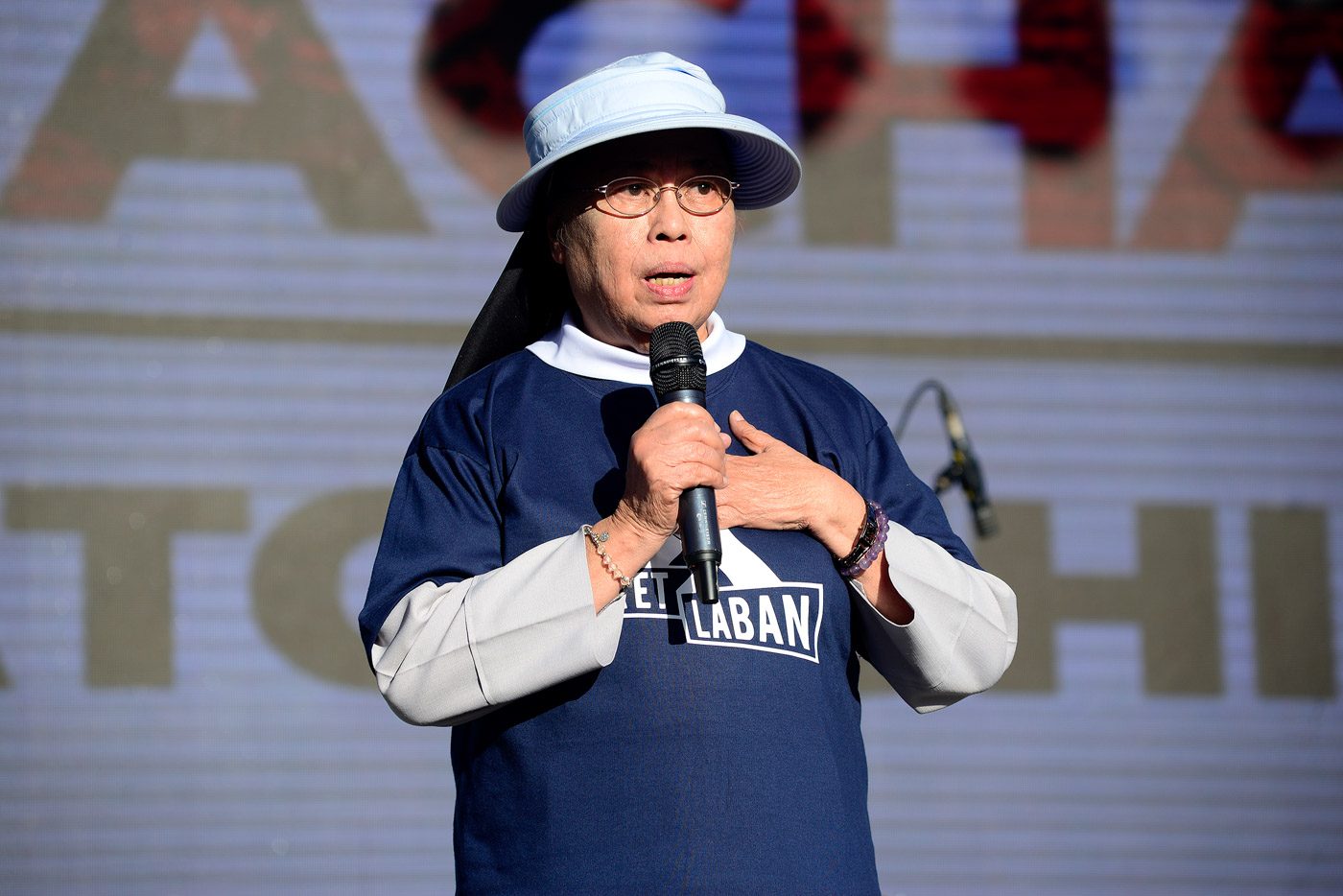 The 39-year old Maga was “abducted by plainclothesmen who identified themselves as elements of the Philippine National Police (PNP)” on Thursday morning, February 22, in San Mateo, Rizal, said youth groups Kabataan Party List, Anakbayan, and the League of Filipino Students in a joint statement.

“It was only this evening that his family and lawyers were able to confirm that he is being held” at the PNP Criminal Investigation and Detection Group (CIDG) compound in Camp Crame, they added. The arrests of Maga and his father-in-law National Democratic Front (NDF) consultant Rafael Baylosis is a “direct affront to the legacy of People Power,” said the groups.