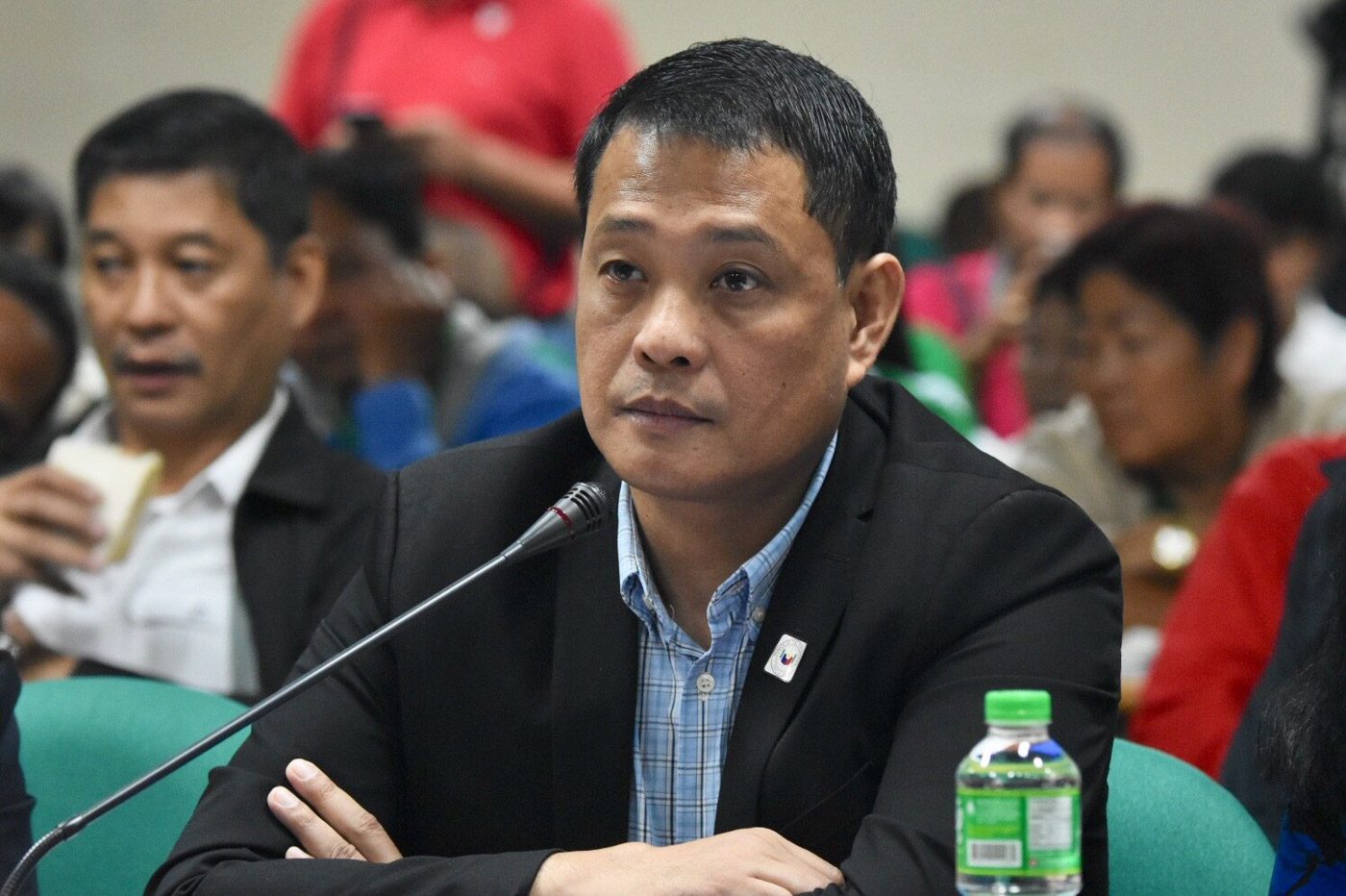 MANILA, Philippines – Senators and the National Food Authority (NFA) Council on Tuesday, February 27, grilled NFA Administrator Jason Aquino and blamed him for the increase of prices of NFA rice.

Senator Cynthia Villar, chairperson of the agriculture and food committee, slammed Aquino for making a public pronouncement on the shortage of NFA rice, causing people to panic.

Villar said the government should calm the public and not scare them, adding the people would not be able to differentiate NFA rice from commercial rice in the market.

“You should have buffer to make sure hindi ite-take advantage ng traders ang farmers. Sasabihin mo wala kang NFA rice, ‘eh trabaho mo ‘yan. Bakit mo ina-announce na hindi mo nagawa ang trabaho mo? (You should have buffer to make sure traders would not take advantage of the farmers. You’ll say there’s no NFA rice but it’s your job. Why are you announcing that you could not do your job?” she added.

Villar said she thinks Aquino is trying to force the inter-agency NFA Council to give him authority to import rice – which earlier became a subject of a controversy between him and Cabinet Secretary and NFA Council head Leoncio Evasco Jr.

The NFA rice previously priced at P27/kilo (costs a maximum of P17/kilo of palay or rice grain) is now being sold at P42 to P45.

In a separate interview after the hearing, Sombilla said data showed NFA rice prices were going down until Aquino made the announcement.

“Kaya tumaas yun (It went up) because of the speculation. We have the data before the NFA made any statement with regards to their stocks, pababa ang presyo (prices were going down),” Sombilla said.

NFA chief Aquino said the shortage was due to the low farm gate price ceiling of the government and the absence of rice importation to counter it.

He reiterated they could not procure rice grains from local producers due to the low price of P17. Farmers, he said, would rather sell their products at a higher price to middlemen.

At the time, Aquino had been pushing for importation as an alternative but the NFA Council rejected it. The Council earlier said there was no need because there is no rice shortage in general.

But after much decision, the Council and President Rodrigo Duterte approved it – with one condition that it starts in June because the months of March to May are the harvest period.

“There would be an oversupply if they import from March to May, affecting the prices,” Sombilla said.

Senators also questioned the NFA chief for not following the advice of the NFA Council to procure grains from specific provinces from October to December 2017 to take advantage of their low prices.

The Council presented data from the Philippine Statistics Authority specifying certain provinces, which sell rice grains from P14 to P17 – well within the government ceiling.

But Aquino said they could not find the said cheap grains and said these usually do not meet the standard of dry grains with only 14% moisture content – which Sombilla denied.

NFA has earlier asked the Council to increase farm gate price to P20-P22 so farmers would want to sell their products to them. But the latter and Villar opposed it.

Villar said the increase in farm gate prices would raise the selling price for the public.

As a compromise, Villar urged them to look into increasing the farm gate price from P17 to P18. An P18 farm gate price, she said, would lead to a selling price of P30.

Sombilla said she would raise the matter to the NFA Council.

On top of this, Senator Grace Poe questioned Aquino for his alleged corrupt practices in the agency but he denied everything. – Rappler.com