Pimentel: Nothing wrong with PDP-Laban ties with China’s Communist Party 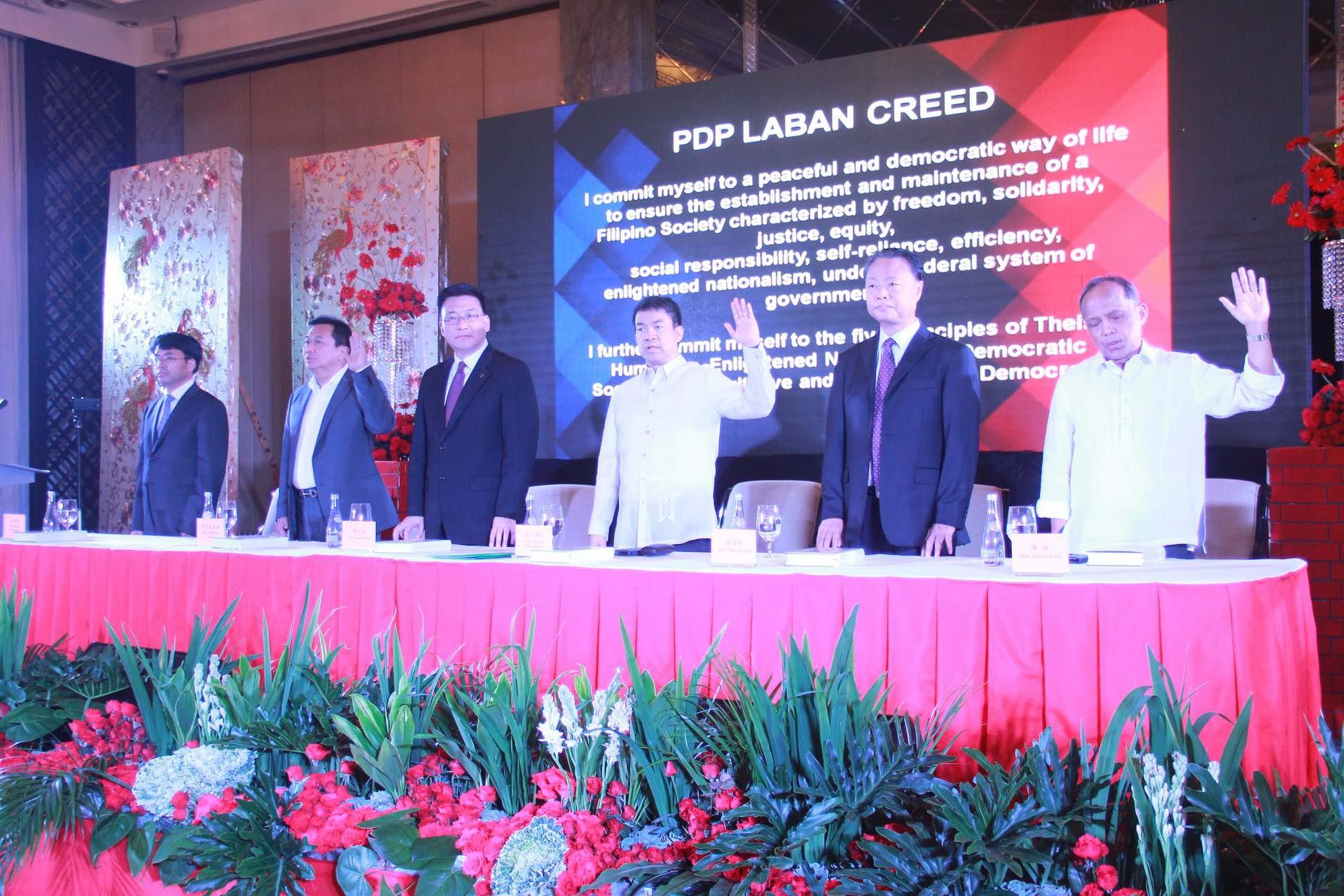 Facebook Twitter Copy URL
Copied
'Isn't this a free country? If someone else wants to run the party then they should first join, get elected as party leader, and then run it the way they want to run it,' says Senate President Aquilino Pimentel III

MANILA, Philippines – Senate President Aquilino Pimentel III defended PDP-Laban’s cozying up to the Communist Party of China, following the CPC’s presence at the 36th anniversary of the Philippines’ ruling party.

Pimentel, PDP-Laban president, said it was a “joint celebration” because it coincided with the first anniversary of the cooperation agreement between the two parties.

“It was also the first anniversary of [the] CPC-PDP cooperation agreement signed in February 2017. They were our special guests,” Pimentel said.

The event held Tuesday, February 27, also featured the launch of the book of Chinese President Xi Jinping, The Governance of China. Just this month, the CPC scrapped term limits for Xi, opening once again the path to indefinite rule after Mao Zedong.

Pimentel hit critics of PDP-Laban’s ties with the CPC amid the growing militarization in the West Philippine Sea (South China Sea) and China’s illegal survey of Benham Rise. (READ: Malacañang on China buildup on PH reef: What do you want us to do?)

“Isn’t this a free country? If someone else wants to run the party then they should first join the party, and then get elected as party leader and then run it the way they want to run it,” Pimentel said.

From January 22 to 25 last year, PDP-Laban and CPC officials met to discuss the partnership aimed at strengthening their relationship.

In July 2017, CPC officials told visiting Filipino journalists that PDP-Laban agreed to send its members to the CPC party school in Fujian province for “policy training” and to learn about the ways and ideology of the Asian giant’s party. (READ: PDP-Laban ‘very open’ to learn ideology, policy from China’s Communist Party)

Pimentel has yet to give a copy of the cooperation agreement. But he earlier claimed that it does not necessarily mean that PDP-Laban would adopt communism and the Chinese party’s ideologies.

The ruling parties of the Philippines and China strengthened cooperation amid concerns on China’s growing influence over the Philippines under President Rodrigo Duterte, who had jokingly suggested to China that it make the Philippines part of its territory, as a province.

Duterte had also admitted in a speech that China was building “military bases” in the West Philippine Sea but said it would be silly for anyone to think China will use such military assets against the Philippines. (READ: Duterte admin ‘naive’ on West Philippine Sea – expert) – Rappler.com