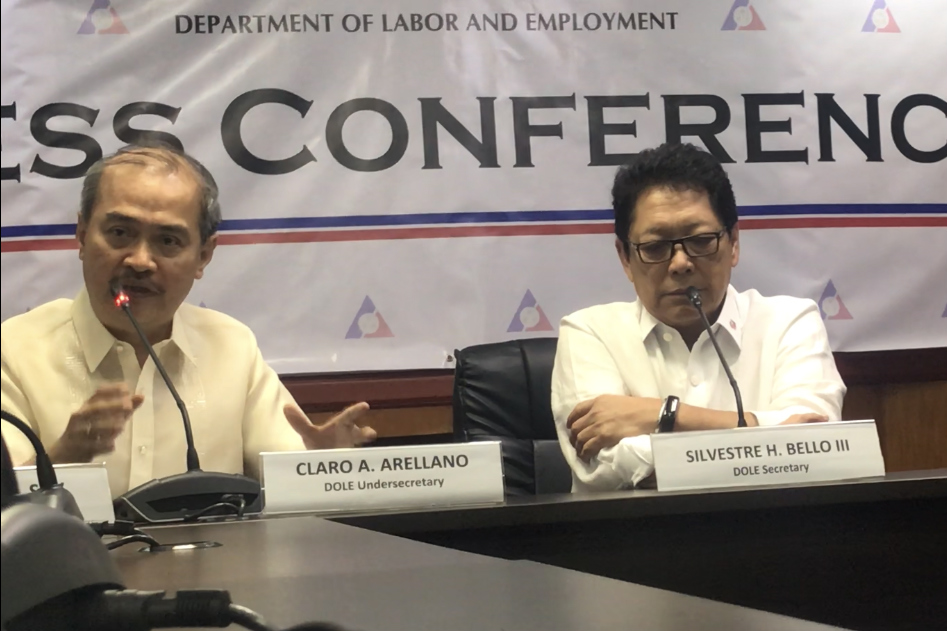 MANILA, Philippines – Philippine labor officials announced on Thursday, March 1, that their counterparts from Kuwaiti will arrive in Manila next week to finalize the bilateral agreement to protect Filipino workers in the Gulf state.

In a press briefing on Thursday, Labor  Undersecretary Claro Arellano, head of the negotiating team, said that the Kuwaiti government has agreed that the bilateral meeting be held in Manila.

“The Kuwaiti delegates will arrive next week, most probably Wednesday (March 7). The signing will follow, depending when we can finalize the agreement – most probably the week after the bilateral meeting,” Arellano said in a mix of English and Filipino.

What are the provisions? According to Arellano, the agreement will cover all household service workers (HSW) and skilled workers in Kuwait.

Among the salient features of the agreement are the following:

Why it matters: The Overseas Workers Welfare Administration recorded a total of 196 deaths of Filipino workers in the Gulf country since 2016. This figure is on top of 6,000 cases of abuse, sexual harassment, and rape filed with the Philippine embassy in 2017.

Philippine labor deployment to Kuwait continued in the past, even if the latter was only “partially compliant” to Philippine labor regulations. The agreement on protection has been pending for two years.

Labor Secretary Solvestre Bello III issued the total ban on deployment to Kuwait after Filipina domestic helper Joanna Demafelis’ body was discovered in a freezer in an apartment in Kuwait. He said the ban helped fast-track the negotiations.

What happens after? Arellano said that after the signing of the Memorandum of Agreement on the protection of overseas Filipino workers (OFWs), guidelines will be drafted and will be out late March or April.

But this would not automatically lead to the lifting of the Philippine ban on deployment to Kuwait. Bello said that the death of Demafelis must be  resolved first.

“Without that, I am not recommending the lifting of the ban,” the labor chief said.

DOLE is also eyeing a ban on deployment to other Middle East countries with known cases of maltreatment and abuse of Filipino workers if they fail to assure the Philippine government that protection for these workers would be strengthened.  – Rappler.com