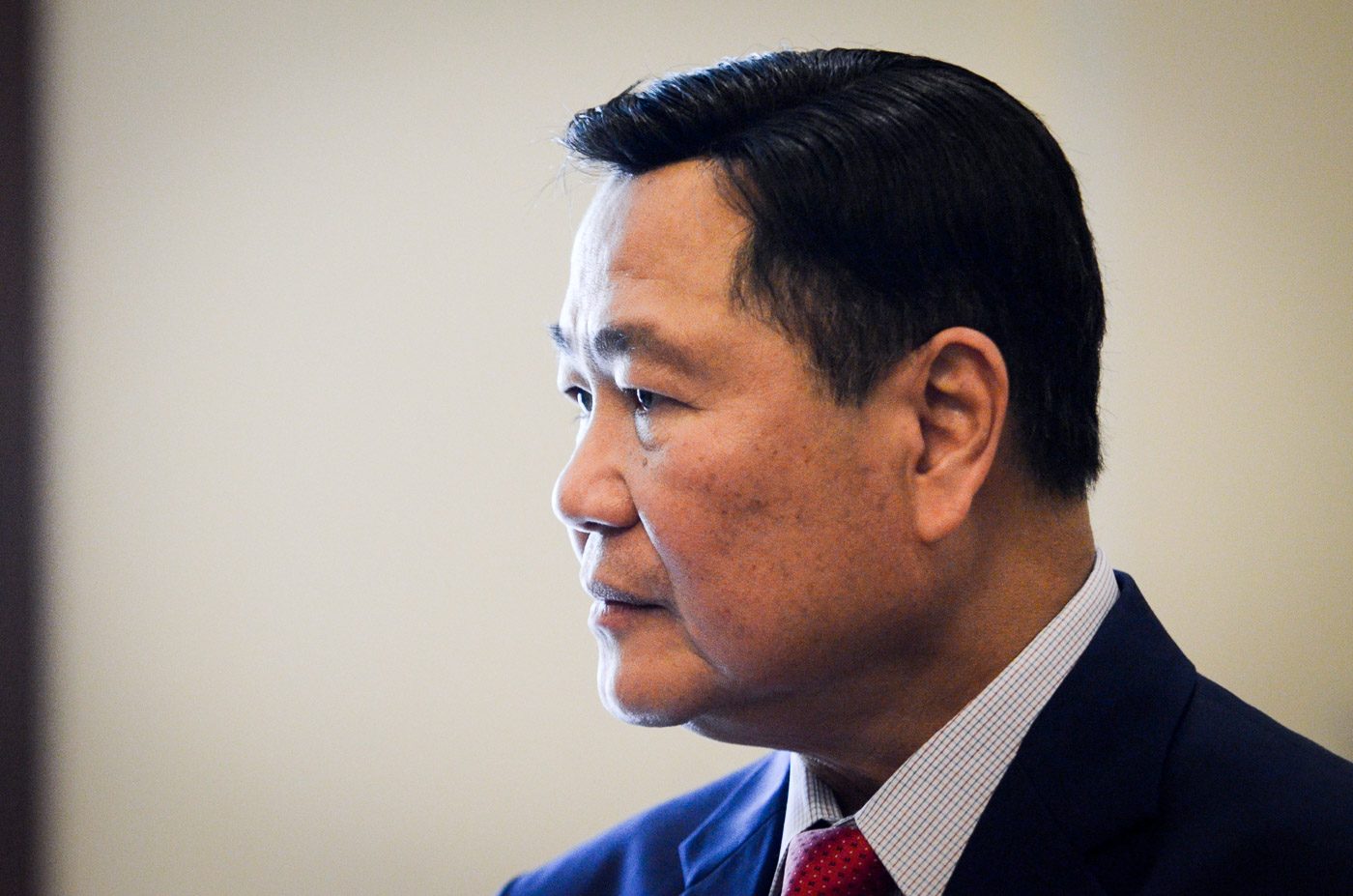 Facebook Twitter Copy URL
Copied
A Hague tribunal 'has already ruled with finality,' says Acting Chief Justice Antonio Carpio. 'There's no appeal. We are the owners of the resources there.'

“The legal ownership is not disputed anymore so we should not say that the area is disputed, because the moment you say it is disputed, China will say, ‘You see, it’s still disputed,'” Carpio said in an interview on ANC’s Headstart.

“The tribunal has already ruled with finality. There’s no appeal. We are the owners of the resources there. There is no legal dispute as to the ownership of the oil, fish, and gas. It belongs exclusively to the Philippines,” the acting chief justice added.

Carpio said it is no longer a question of ownership but of China’s compliance.

The West Philippine Sea is the part of the South China Sea that belongs to the Philippines, as affirmed by a Hague tribunal ruling in July 2016. The tribunal has junked China’s claim over these Philippine waters.

What Carpio compares it to:

“It’s like you have a land, you own it, somebody builds a house there and claims that he owns it also. So you go to court and finally the court says you own the land. Unfortunately the guy who built the house doesn’t want to leave. So the question of ownership is finished; it’s terminated already. You own it, because the court said you own it. It’s now a question of compliance – how to get him out of that lot. That is the situation in the West Philippine Sea,” Carpio said.

Roque maintained that “there is a dispute” surrounding Service Contract (SC) 72, an oil exploration area in Recto Bank (Reed Bank) that is found in the West Philippine Sea. “The problem is, with 72, there is a dispute so the two countries have to come into an agreement before joint exploration can push through,” Roque said on March 2.

“In the undisputed areas we can do it alone. But we do need the technical and financial support because we still have joint ventures with [others]. But in the disputed areas, you know unless we can do it by ourselves without starting a war or worse without a massacre, it would be prudent to do it in partnership without violating our sovereignty,” Cayetano said on February 16.

What the Hague ruling says: