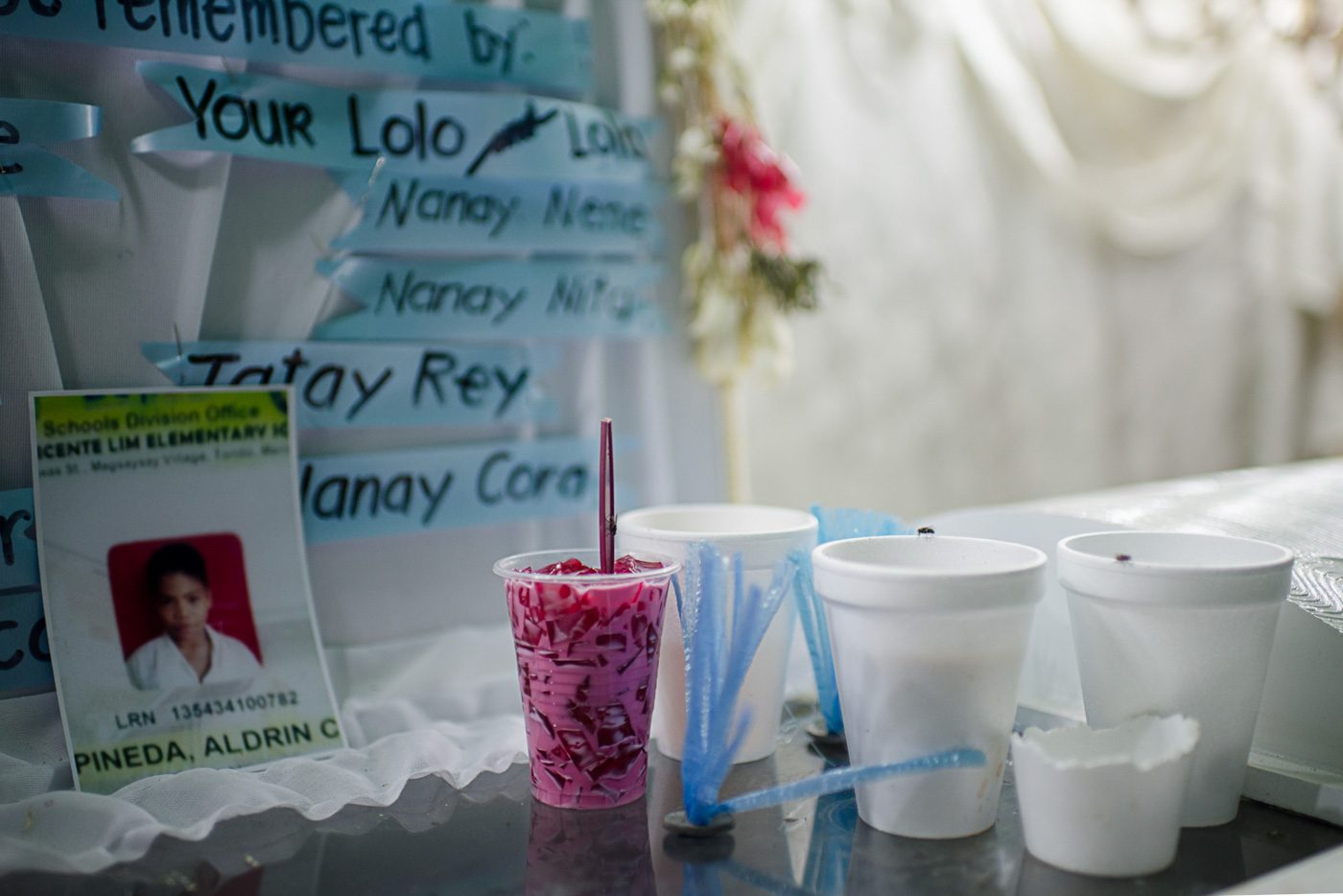 MANILA, Philippines – A masked man shot and killed a boy who was barely in his teens, near a slaughterhouse in Vitas, Tondo, Manila.

This is the latest in a series of killings being blamed on the Manila police.

Thirteen-year-old Aldrin Pineda was hanging out with his friends in their favorite haunt Friday night, March 2, by the fence of the abattoir when a masked man turned his flash light at them. At about the same time, a burst of gunshots rang out.

Aldrin was hit in the side of his stomach. His friends rushed him to the Tondo Medical Center, but Aldrin died on the operating table hours later.

“Nano” said the assailant was wearing a white shirt and “police pants.” He said the gunman fled immediately after the shooting. Nano said he helped the wounded Aldrin stand up, and they walked toward their house, which was a few meters from the crime scene.

Upon seeing her wounded son, Michelle said she immediately ran toward the slaughterhouse, hoping to find the assailant. Near the spot where the shooting happened, she saw 3 cops. Michelle said they denied involvement.

“They just told me to bring my son to the hospital,” Michelle recalled.

In the spot report released by the Manila Police District, the suspect was described as a man who “seemed to be securing the area.” The case was categorized “under follow-up investigation.”

Michelle told Rappler that the slaughterhouse was off-limits to children, but it was not enough reason for anybody to kill her son. “He should have been brought to the barangay, because he would obey if he was told to get out. He’s way too young to just be killed.”

Aldrin, the second among 5 children, was set to graduate in April at the Vicente Lim Elementary School. Michelle said Aldrin never missed classes, and was even known to be a joker in class.

She said Aldrin dreamed of someday becoming a policeman. “How is he supposed to be a policeman now that a policeman killed him?” Michelle said.

Michelle said the police should not turn this killing into another drug-related incident, “as they usually do.”

“That’s what the police usually do when they kill someone, when they shoot someone by mistake –they would say nanlaban (fought back).”

Michelle said Aldrinne had no vices, except for playing the traditional Filipino game of sipa with his friends. The improvised shuttlecock he used to play with now rests on top of his coffin, along with a plastic cup of his favorite sago drink, and two chicks – traditionally placed on the glass top to peck on the conscience of the victim’s killers.

“I just want justice for my son so that this doesn’t have to happen to other children like him,” Michelle said. – Rappler.com