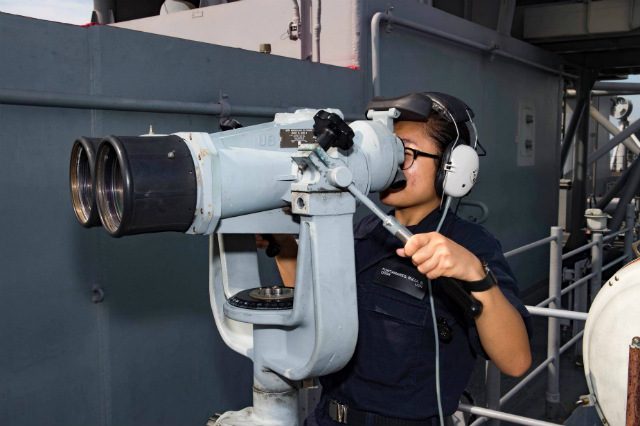 Facebook Twitter Copy URL
Copied
More than 2,500 sailors and Marines aboard USS Bonhomme Richard visit Manila 'to enhance the strong ties between the Philippines and the US'

MANILA, Philippines – American amphibious assault ship USS Bonhomme Richard docked in Manila for a scheduled port visit, as its sailors and Marines plan to help victims of the Mayon volcano eruption in Albay.

Service members “will pack food and other supplies for distribution” to residents affected by the Mayon volcano eruption, the statement added. They will also join Morale, Welfare, and Recreation (MWR) tours.

“Although we’re unable to have personal interaction with the evacuees, we know that our work will reach them. We’re grateful for the invitation to play a small role in pitching in to help provide for others during a time of need,” said USS Bonhomme Richard assistant command chaplain Lieutenant David Hammond. 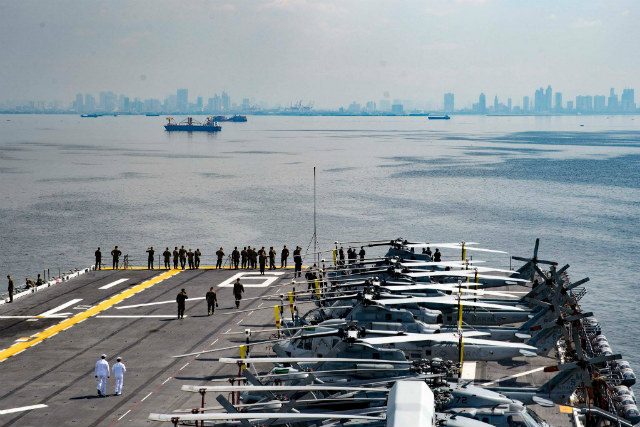 US Ambassador to the Philippines Sung Kim visited USS Bonhomme Richard on Monday, March 5, a day after the ship arrived in Manila.

USS Bonhomme Richard operates in the Indo-Pacific “as part of a regularly scheduled patrol,” and provides a “rapid-response capability” in times of disasters and other emergencies.