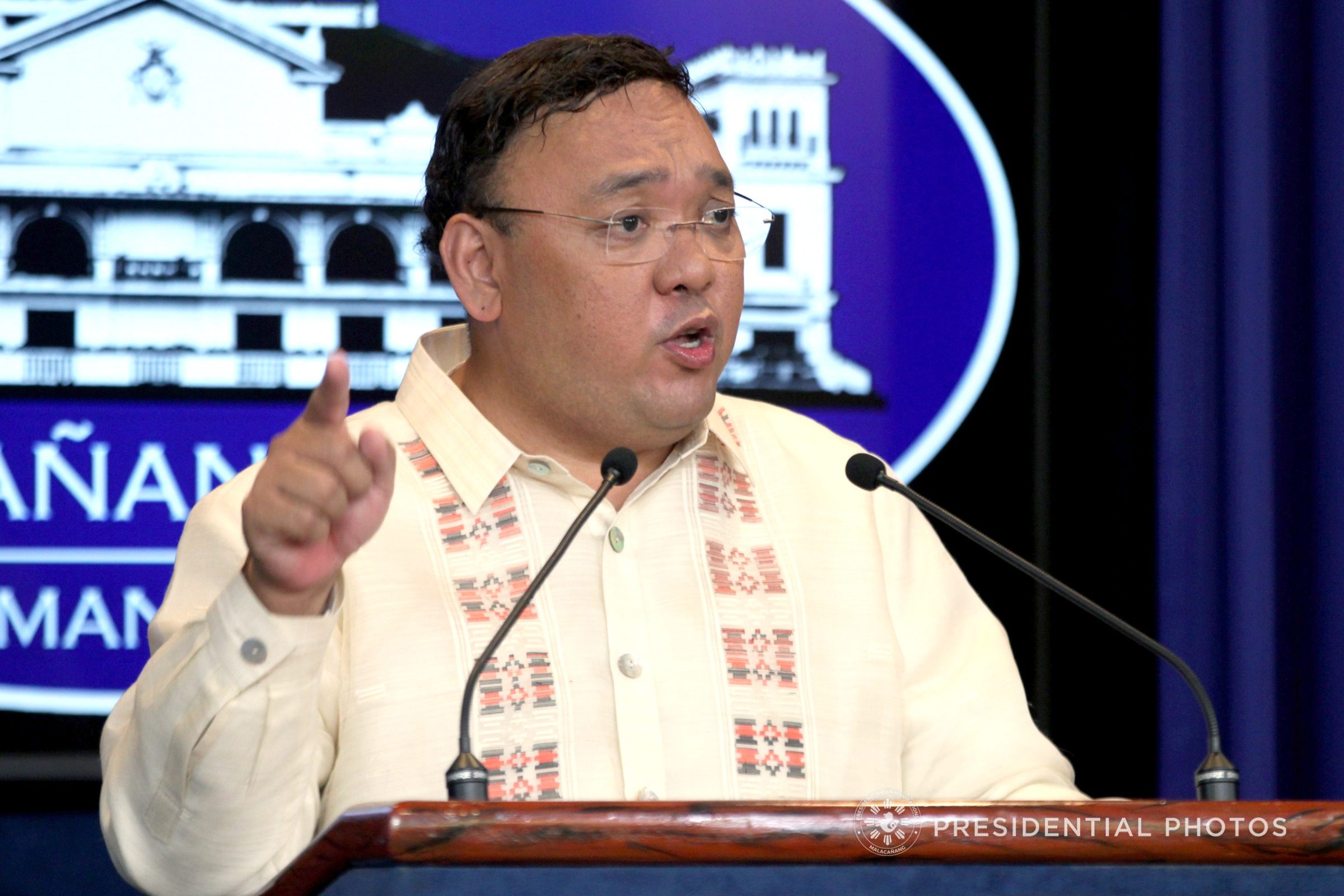 MANILA, Philippines (UPDATED) – For Presidential Spokesperson Harry Roque, there is no need for the Philippines to make it clear to foreign companies that any joint exploration within the country’s Exclusive Economic Zone must be done within the Philippine Constitution.

Roque was asked whether or not such a parameter must be set as a condition before the Philippines agrees to partner with a foreign corporation to jointly exploit marine resources in the West Philippine Sea (South China Sea).

“Sa akin, hindi kinakailangan ‘yun kasi itong joint exploration, by way of compromise na huwag na natin pag-awayin muna ‘yung issue kung sino may sovereign rights diyan, makinabang na lang muna tayo,” he said when asked in a news briefing if the Philippines would impose adherence to the Philippine Constitution as a prerequisite for any foreign firm to participate in any joint exploration in the Phiippines’ EEZ.

(For me, it’s not necessary because this joint exploration, by way of compromise, let’s not fight about the issue of who has sovereign rights there, let’s first just take advantage of the resources.)

This comes after maritime experts said that for joint exploration in the West Philippine Sea to be constitutional, the foreign corporations must first recognize that the area belongs to the Philippines’ EEZ and that they are being contracted by the government.

Asked how the administration can ensure that any joint exploration is done within the bounds of the 1987 Constitution, Roque said it is perfectly legal as long as the Philippines would consent to the joint venture.

“For as long as it was acceded to by the Philippines because we’re a sovereign nation, we can share what is otherwise exclusively ours,” he said.

Roque also defended his continued use of the word “disputed” to describe the West Philippine Sea.

Acting Supreme Court Chief Justice Antonio Carpio had earlier said that this term should not be used since an international court had already ruled that China’s claim to the West Philippine Sea is invalid. The use of the word “disputed” would only support China’s narrative that the ruling means nothing.

“The fact is, there remains to be a disagreement under international law which must be resolved so that’s the only reason why sometimes we refer to a statement of fact – that there is a dispute in the West Philippine Sea,” said Roque.

He also claimed that the international tribunal “did not exactly rule on the nature of the waters” covered by Service Contract 72. This area is a block of Recto Bank (Reed Bank) which is being claimed by China but is located within the Philippines’ EEZ in the West Philippine Sea.

But the July 2016 South China Arbitration Award was clear about China’s breaches.

Roque, however, maintained that “under domestic law, there is absolutely no dispute because it is clearly ours by way of EEZ.”

The spokesman, who has sparked outrage through his controversial statements on the West Philippine Sea, asked reporters to “move on” from the issue.

“I hope we can let go of the issue too because every day it’s a running debate already,” he told reporters.

While he recognizes that discussing it elevates public awareness, he would rather other topics be brought up. “I welcome it but come on, we’ve got to move on,” said Duterte’s spokesman. – Rappler.com