Duterte insists Int’l Criminal Court has no jurisdiction over him 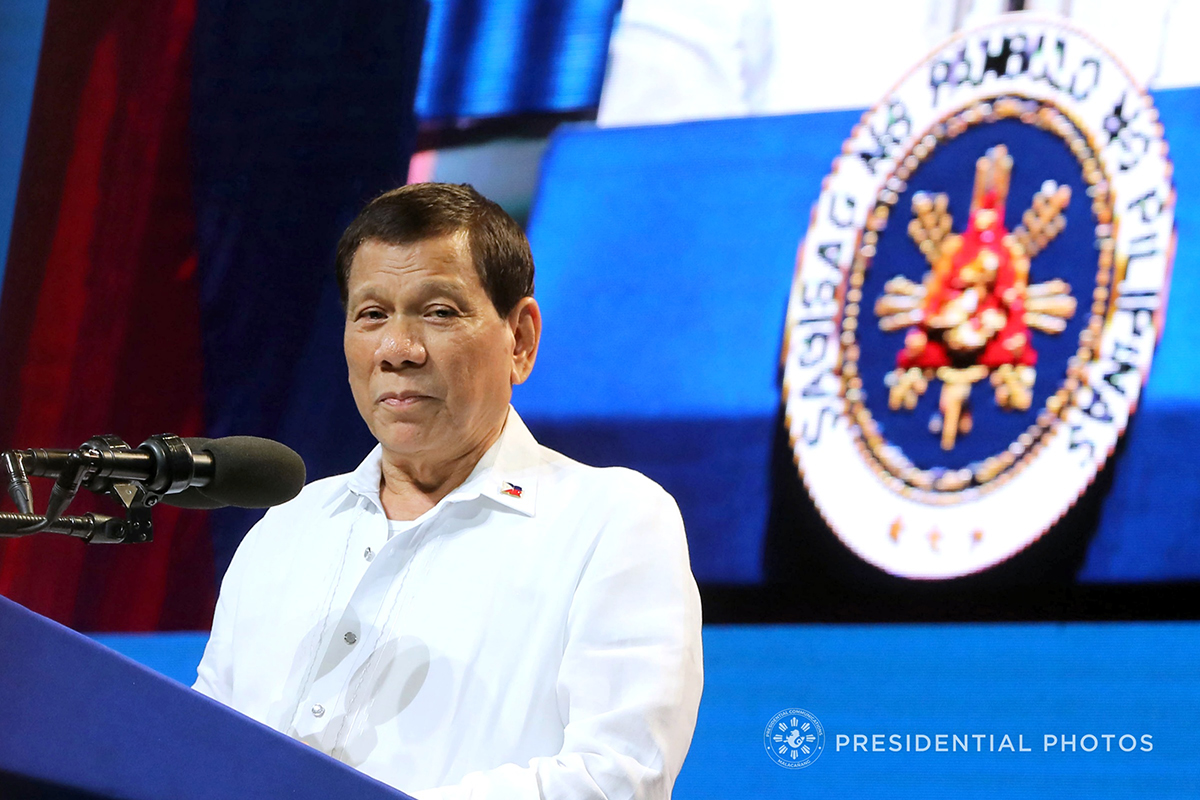 MANILA, Philippines – Not in a million years will the International Criminal Court (ICC) have jurisdiction over him, insisted President Rodrigo Duterte on Tuesday, March 6.

“You cannot acquire jurisdiction over me, not in a million years,” said Duterte during the oath-taking of Presidential Anti-Corruption Commission members in Malacañang.

“That’s why I am not responding to them. It’s true. I don’t want to say. That has always been my weapon ever since,” said Duterte, without elaborating. (READ: Duterte to ICC: Kill threats only expression of personal outrage)

Addressing ICC chief prosecutor Fatou Bensouda, Duterte said, “They cannot ever, ever hope to acquire jurisdiction over my person.”

“‘Di nga ako maniwala sa nanay ko, sa kanila pa? Putang ina ‘yan, buwisit kayo (I don’t even believe my mother, what more them? Son of a bitch, you guys are annoying),” he added. (READ: Duterte to ICC: ‘If you find me guilty, go ahead’)

What the ICC’s scope is: But the ICC does have jurisdiction over Duterte, as he is head of government of a country that ratified the Rome Statute, the treaty that created the ICC. (READ: EXPLAINER: Yes, Int’l Criminal Court can prosecute Duterte for killing spree)

The statute became effective and applicable to the Philippines 60 days after the deposit of the country’s Instrument of Ratification, or on November 1, 2011, wrote lawyer Perfecto Caparas in a Rappler explainer.

“The crime against humanity of murder allegedly perpetrated by state actors therefore falls under the jurisdiction and is cognizable by the International Criminal Court, inasmuch as the continuing mass murders occurred after November 1, 2011,” he said.

The Philippines is the 117th state party to the treaty and only the second Southeast Asian country to become such.

Why it matters: Duterte is insisting the ICC can’t prosecute him because the ICC has already begun its preliminary examination of his bloody drug war – one step closer to an actual investigation.

ICC chief prosecutor Bensouda had warned: “Let me be clear: any person in the Philippines who incites or engages in acts of mass violence including by ordering, requesting, encouraging or contributing, in any other manner, to the commission of crimes within the jurisdiction of the ICC is potentially liable to prosecution before the Court.”

Duterte has threatened to withdraw the Philippines from the ICC. (READ: Gary Alejano: Duterte can’t do to ICC what he does to CHR, SC, Ombudsman) – Rappler.com