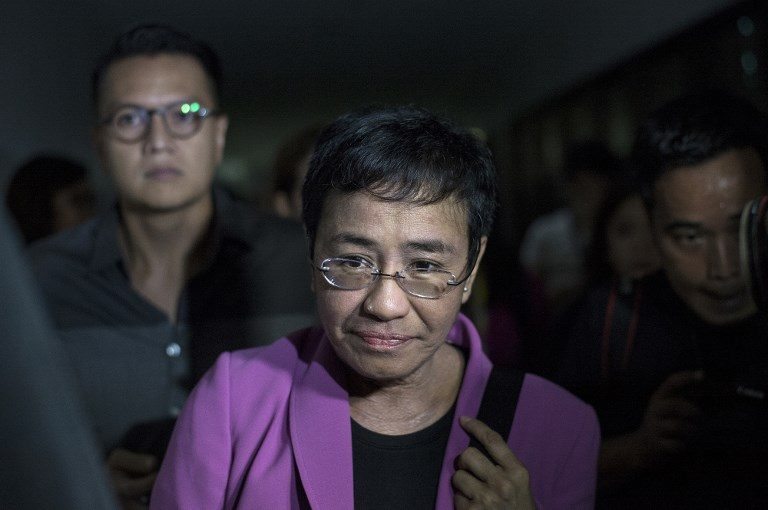 Facebook Twitter Copy URL
Copied
The National Bureau of Investigation said on February 22 that it junked the case after finding 'no basis,' but days later, transmitted it to the Department of Justice

MANILA, Philippines – The National Bureau of Investigation (NBI) on Monday, March 12, defended its flip-flopping on the cyber libel complaint against Rappler.

Addressing the inconsistency of dismissing then later forwarding the complaint to the Department of Justice (DOJ), NBI chief Dante Gierran said the information that the complaint was dismissed was apparently prematurely disclosed.

“There is no such thing as reversal. There was no reversal, because I discovered recently that the interview with the chief of the Cybercrime Division was only a casual giving of information on a matter that was not yet terminated. It was not yet finished,” Gierran told reporters on Monday, March 12, in a mix of English and Filipino.

He was referring to NBI Cybercrime Division chief Manuel Antonio Eduarte, who initially declared the case closed on February 22. When the complaint was forwarded to the DOJ, Eduarte backtracked on his earlier statements. (READ: Rappler to NBI: Why revive case you already dismissed?)

Gierran’s reasoning was reiterated by Justice Secretary Vitaliano Aguirre II, who said, “There was premature disclosure of that information when in fact that information is subject to review, is not yet final under the procedure.”

What the complaint is about: The complaint was filed over a Rappler story during the impeachment trial of then Chief Justice Renato Corona. The news site reported that Corona had used a vehicle owned by businessman Wilfredo Keng.

More than 5 years after the publication of the report, Keng filed a libel complaint with the NBI Cybercrime Division.

What Eduarte said: The NBI Cybercrime Division chief told Rappler on February 22 that the cyber libel case was “closed” after they found “no basis.”

He said Keng’s complaint had been transmitted to the NBI’s legal and evaluation service which supposedly found that the one-year prescriptive period for libel had already lapsed.

On March 2, or just two days after Keng gave his affidavit, the NBI recommended that the DOJ file a cyber libel case against Rappler. – with reports from Lian Buan / Rappler.com