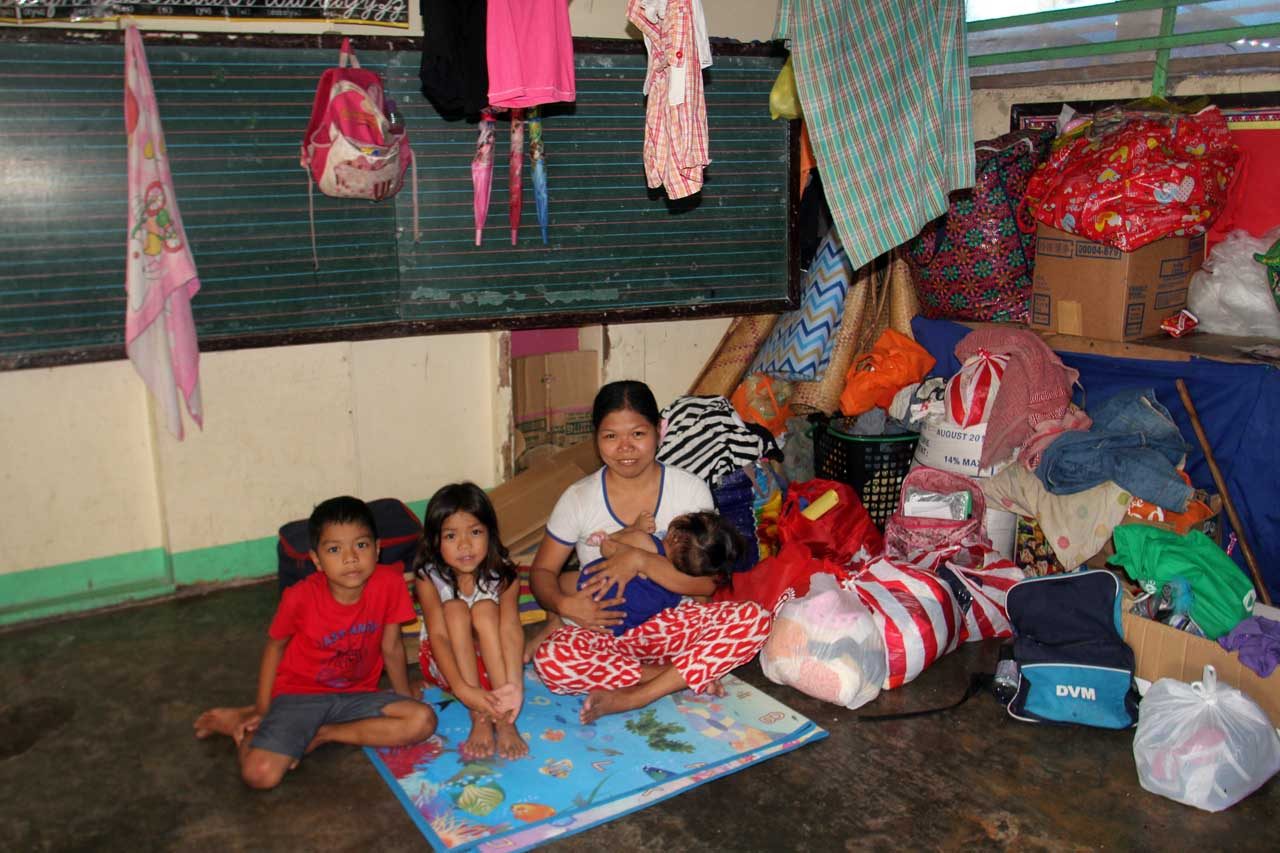 Facebook Twitter Copy URL
Copied
Daisy Esplana, a mother of 3 kids, is happy to return home. 'We are grateful to the city and national government for taking care of us during our stay in evacuation camp,' Daisy says.

LEGAZPI CITY, Philippines – Some 14,520 families, made up of 54,657 Mayon evacuees, went home happily after nearly two months of staying at various temporary shelters in 6 towns and 3 cities here.

Daisy Esplana, 27, mother of 3 children and a resident of Barangay Buyuan, stayed at Bagumbayan Elementary School for almost two months along with her family.

Staying in the evacuation camp when Mayon volcano is in restive condition is an ordinary occurrence to her. Her eldest son Shaine Jake, 9, was born on December 27, 2009 when Mayon erupted.

“Nine years ago, I’m was the same evacuation center when I was [in labor with my] eldest son Shaine Jake. I was brought to Bicol Regional Training and Teaching Hospital (BRTTH) by my family and other Mayon evacuees and medics where I gave birth shortly after our arrival at the hospital,” Daisy recalled.

“We’re excited to go home. We could no longer suffer from heat, cold and noise. At least we can sleep soundly at home with fresh air. It’s hard and difficult to stay in the evacuation camp even with food rations from the government,” she added.

Daisy will be going home with almost one sack of rice and several canned goods accumulated during their stay at temporary shelter here, in addition to food rations given by the city government and DSWD regional office before the send-off and decampment of the families.

“At least we have food while we are starting again to plant vegetables. We are grateful to the city and national government for taking care of us during our stay in evacuation camp,” Daisy said. Her family tills a small patch of land, less than a hectare’s worth, where they plant varieties of vegetables and root crops.

Many of Mayon’s evacuees went home with happy faces, bringing with them around a half-sack to nearly a full sack of rice each.

The Albay Public Safety Emergency Management Office (Apsemo) ordered the decampment of a number of Mayon evacuees out after the Philippine Institute of Volcanology and Seismology (Phivolcs) downgraded the alert level of Mayon from level 4 to level 3 last Tuesday, March 6.

Currently, there are 2,666 families or 10,836 persons staying in the evacuation camps living in the 6-km permanent danger zone. These evacuees come from the municipalities of Camalig, Guinobatan, Daraga and Malilipot including Tabaco City. – Rappler.com