MANILA, Philippines – The Philippine Navy this week said goodbye to one of the world’s oldest active warships, a hand-me-down relic from World War 2.

BRP Rajah Humabon (PS11), a 75-year-old Cannon-class destroyer escort, was decomissioned on Thursday, March 15, in a simple ceremony at the headquarters of the Philippine Fleet in Cavite City.

It served the Philippines for 38 years.

Humabon was originally USS Atherton, commissioned by the US Navy in 1943, in the middle of the World War II. It was transferred to the Japan Maritime Self Defense Force (JDS Hatsui) after the war, in 1955, and to the Philippine Navy in 1976.

Philippine Fleet spokesperson Lieutenant Sahirul Taib said Humabon will be turned into a museum after it is stripped of its navigational equipment. 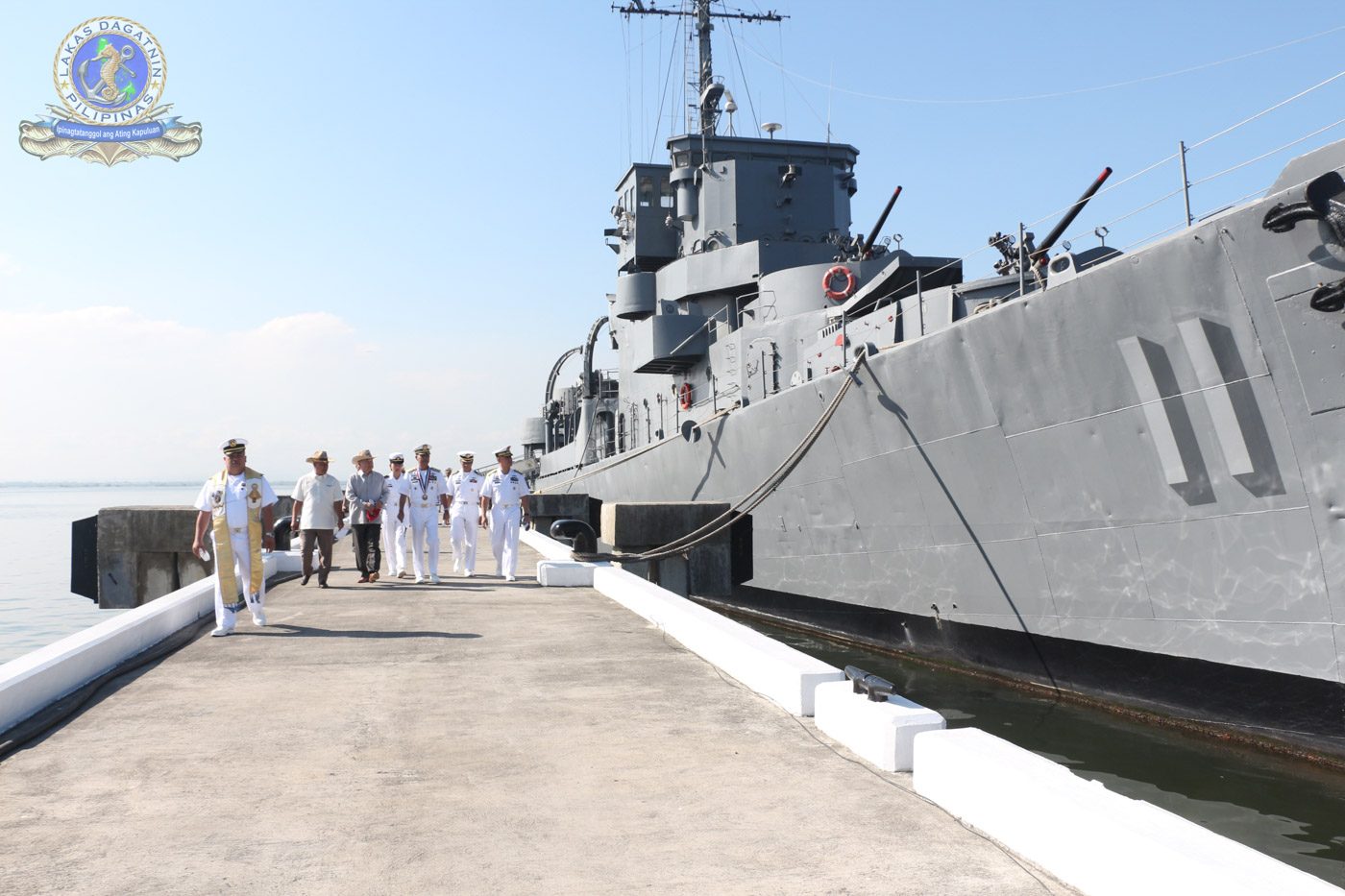 The warship was sold to the Philippines as Excess Defense Article in 1976 and then refitted in Korea before it was formally commissioned by the Philippine Navy in 1980.

It became the Philippine flagship in 1995, deployed to represent the country in naval exercises with foreign navies including Show of Flag tours in different Southeast Asian ports.

It remained active until it was recently replaced by the BRP Gregorio Del Pilar, one of 3 newer warships from the US, as the country’s flagship.

In its final years in the service, Humabon was used as a training ship although it was still ocassionally deployed to escort or welcome arriving foreign vessels. The Philippines, which has one of the weakest militaries in Asia, recently embarked on a modest modernization program.

The Philippines hosted large US bases and thousands of American soldiers until the 1990s when they were evicted by the Philippine Senate.

The alliance has survived and the US continues to support the Philippine military in terms of hardware, training, and intelligence sharing among others. – Rappler.com