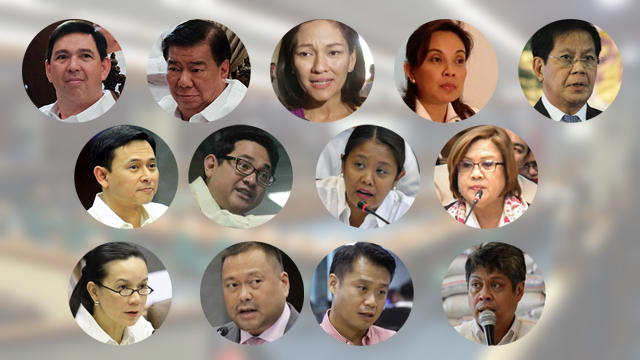 Senator Francis Pangilinan, chair of the Senate committee on constitutional amendments, filed Committee Report No. 367 with consolidated Senate Bill No. 1765 on Wednesday, March 21.

SB 1765 or the Anti-Political Dynasty Act of 2018 defines political dynasty as the “concentration, consolidation, and/or perpetuation of public office and political powers by persons related to one another within the second degree of consanguinity or affinity.”

Article 2, Section 26 of the 1987 Constitution mandates the state to “guarantee equal access to opportunities for public service, and prohibit political dynasties as may be defined by law.” (READ: How much of our country will we lose to political dynasties in 2016?)

The proposed measure covers spouses (legal and common-law), siblings (full or half-blood), parents, and children (legitimate, illegitimate, and adopted); and the spouses of these second-degree relatives.

The bill prohibits these people from running for and holding public office under the following circumstances:

Persons who are not holding public office shall also be prohibited from running in the same poll if their election will result in a political dynasty relationship.

Under the bill, the Commission on Elections may deny the application for certificate of candidacy of any candidate found in a political dynasty relationship.

Aside from Pangilinan, the following senators signed the report:

Of the 13, 6 are members of political families: Recto, Ejercito, Aquino, Binay, Angara, Gatchalian.

Majority Leader Vicente Sotto III, who also has relatives in public office, signed the report but to express his dissent to the measure.

The fate of the measure is still unclear, as it still has to undergo a period of debates and amendments in the chamber. In the House, where the bill has met stronger opposition from lawmakers coming from dynasties, the counterpart measure remains pending in the committee level.

President Rodrigo Duterte has said he supports the bill but doubts it will pass in Congress, which is fillied with his allies.

Here is the copy of the committee report, which would still face scrutiny of senators: