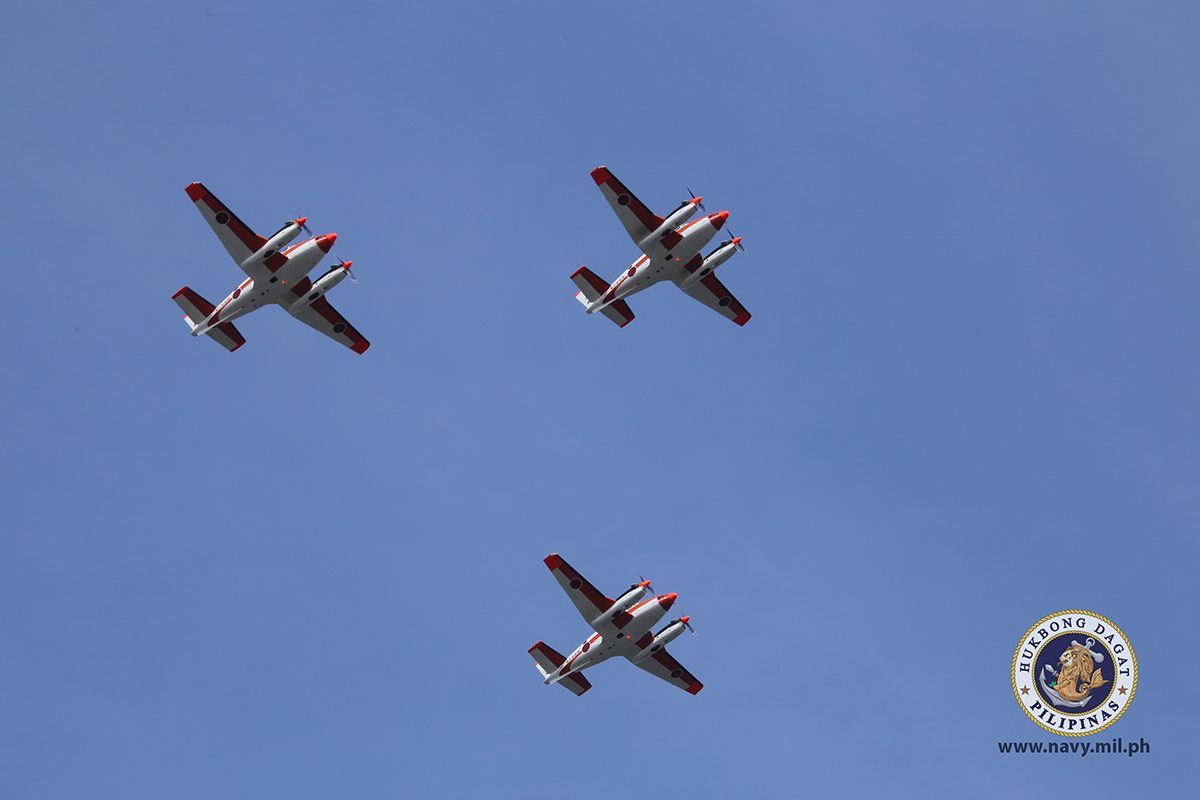 The transfer was formalized through an elaborate arrival and transfer ceremony at Sangley Point, Cavite City, complete with a water cannon salute when the planes landed.

“The activation of the 5 TC-90 aircraft into the service of the Philippine Navy is truly a huge leap in the PN’s air capability. The TC-90 is far more superior than our current inventories,” Empedrad said in his speech.

How are they superior? The planes are not much for the Japanese as they only used the aircraft to train their pilots before they board bigger, more state-of-the-art patrol planes.

Planes for free? The planes weren’t supposed to be given for free, but the Japanese government decided to give them away after their law had allowed for turning over defense equipment to other nations.

The change in legislation has saved the Philippine government much, as the initial agreement between Manila and Tokyo required the Philippines to pay $28,000 for a 5-year lease.

While few and small, the planes are remarkable for being among the first equipment given away by Japan in the wake of its lifted weapons export ban put in place since World War II.

How will the planes be used? The planes will fly on patrol over the West Philippine Sea, but Defense Secretary Lorenzana noted that the aircraft will take on more missions inside the Philippines for disaster response operations. (READ: Philippines ‘politically important nation for Japan’) – Rappler.com