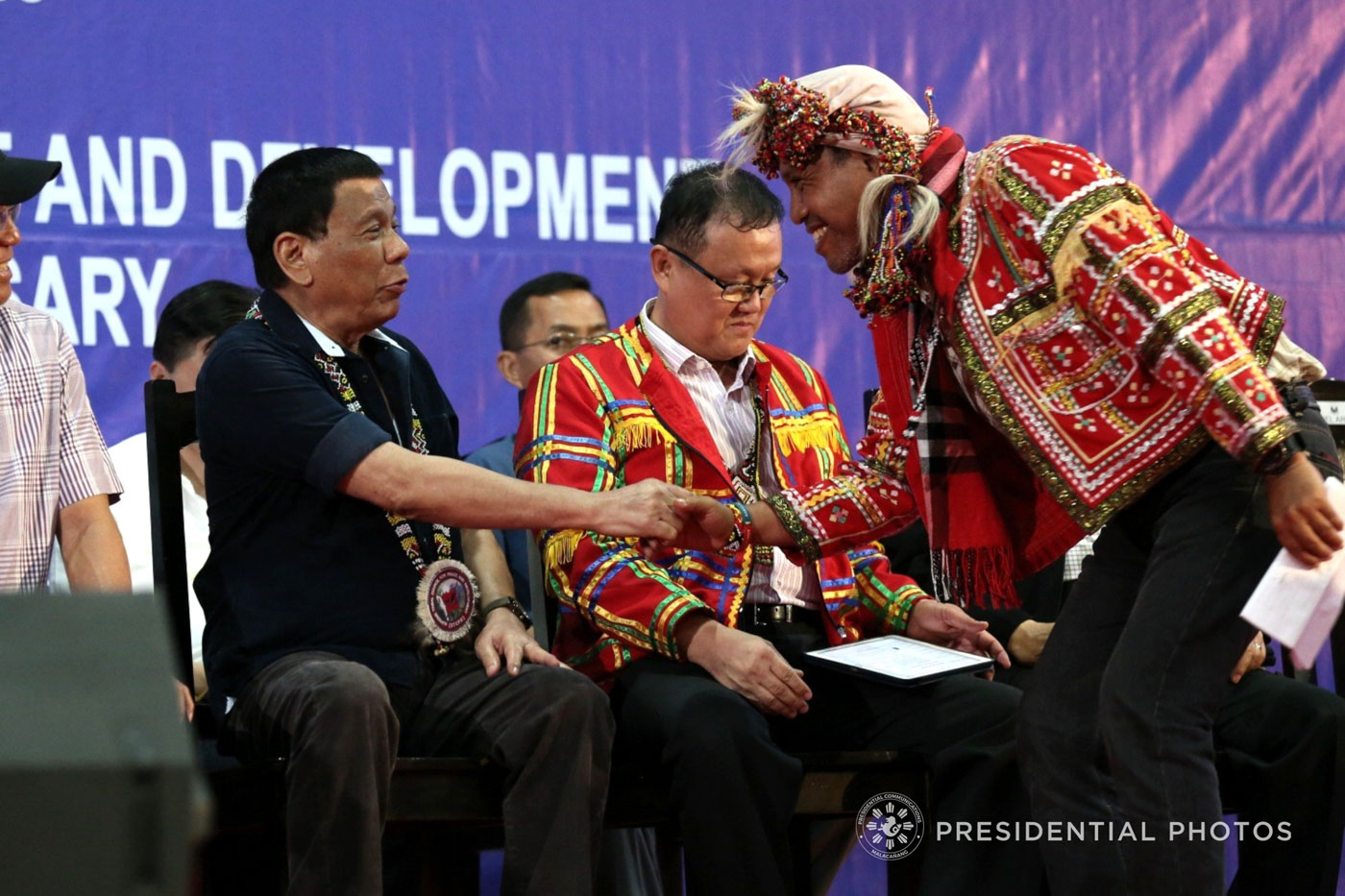 MANILA, Philippines – While he has been assured by lawmakers that they can pass the Bangsamoro Basic Law (BBL) by May this year, President Rodrigo Duterte said he’s worried about lumping together Muslim provinces in mainland Mindanao with those in the Sulu archipelago under one Bangsamoro entity.

(I am worried, would it do well to mix it all in one pot? Meaning to say, will you people of Jolo be ready to be led by a Maranao, like in the ARMM?)

The President was speaking at the handover of firearms from Abu Sayyaf surrenderers in Sulu.

Would it be better, he wondered, for regions within the Bangsamoro entity to be further divided according to tribes?

Duterte, the country’s first president from Mindanao, said he does not see any problem if a Maranao would lead a region dominated by Maranao peoples. But could a Maranao lead peoples of the Yakan or Tausug tribes?

“Would it also be good? Whether we do it by regions of the tribe or iba dito (it’s different here) and a separate governing authority? I have to fathom it. Da-dive pa ako tapos kukunin ko ‘yung ilalim talaga (I have to dive and get to the bottom of it),” he said.

The President said he wants to resolve the issue this year, or by the time Congress passes the BBL.

“That’s why I need to talk to you. And I want to finish it this year,” he said.

Duterte emphasized that resolving whether or not to further divide the Bangsamoro entity is necessary so that the BBL does not become a failure.

“I want it solved [in] the best way that is acceptable to everybody. So that no one will say, ‘I don’t like this because it’s just that group again.’ It would not promote anything and we would be back to square one,” said the President.

Further dividing the Bangsamoro region would mean more regions under the federal system of government Duterte envisions for the country.

Duterte has said he wants the BBL passed ahead of the ratification of a new federal constitution. The Bangsamoro would then become one of the states in a federal Philippines. (READ: Con-Com members point out challenges for BBL with federal shift) – Rappler.com