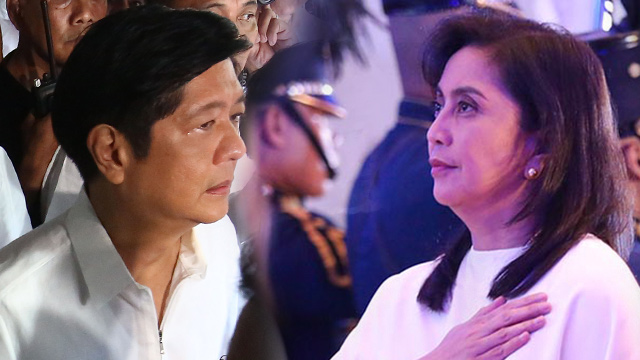 MANILA, Philippines – Both the camps of Vice President Leni Robredo and her rival, former senator Ferdinand “Bongbong” Marcos Jr, are oozing with confidence as the ballot recount for the vice presidency is set to begin on Monday, April 2.

Why they are confident: Lawyers of Robredo and Marcos both believe the results of the recount will prove their respective clients won in the 2016 elections. (READ: TIMELINE: Marcos-Robredo election case)

Marcos’ legal counsel and spokesperson Vic Rodriguez said their camp has long waited for the recount to begin. He also criticized the Vice President’s camp for allegedly delaying the protest and attempting to “bury the truth.” (READ: ‘Why run for senator when I already won as VP?’ – Bongbong Marcos)

“We have endured two years of waiting due to Robredo’s habitual and intentional moves to delay the election protest and deliberate attempts to bury the truth,” Rodriguez said in a text message on Sunday, April 1.

“Finally, we have reached the day when manual recount [will] finally commence and very much look forward to its final conclusion [to] determine the bona fide winner and dispel once and for all the uncertainty that beclouds the truth choice of the electorate for Vice President,” he added.

Robredo’s lawyer Romulo Macalintal, meanwhile, said they are “happy” over the start of the ballot recount, as they are “confident” Robredo truly won the elections. (READ: Robredo wants VP protest resolved so Marcos ‘won’t have space to lie’)

“[We are] very, very confident, and we’re happy that the revision and the recount will start… because of the fact that we will be able to prove to the entire Filipino people that our client, the Vice President, won in a legitimate election,” Macalintal told Rappler.

The veteran election lawyer said the ballot recount process will show “there is nothing irregular” in Robredo’s victory.

The Supreme Court (SC), acting as the Presidential Electoral Tribunal (PET), will review a total of 5,418 ballot boxes from Camarines Sur, Iloilo, and Negros Oriental – the 3 pilot provinces that Marcos chose for the initial ballot recount.

The ballot recount process will be held at the 5th floor gymnasium of the SC-Court of Appeals building in Padre Faura in Manila. (READ: LOOK: Where PET will recount vice presidential votes)

A total of 50 revision committees will pore over every ballot box starting Monday. Each revision committee will include two revisors from the Marcos camp, another two from the Robredo camp, and an independent head revisor hired by the PET.

The revision committees will work Monday to Friday, from 8:30 am to 4:30 pm, with breaks in between for a total of 6.5 hours a day.

The PET will then determine the merit of the rest of Marcos’ protest based on the results from the 3 pilot provinces.

When the ballot recount will be over: Macalintal explained that the review of the Camarines Sur ballot boxes alone will take about two months.

“Sa Camarines Sur alone, siguro mga 6 to 8 weeks. So you are talking about two months bago matapos ‘yan, ano? Kasi in our experience, ‘yung isang ballot box, halos an average of one ballot box a day,” said the lawyer.

(For Camarines Sur alone, it will take probably around 6 to 8 weeks. So you are talking about two months before that will be finished, right? In our experience, one ballot box is finished in a day.)

Granting the PET will be able to have the ballot boxes from Iloilo and Negros Oriental retrieved soon, the whole ballot recount process will take at least 6 months.

But this is just a rough estimate. The PET has yet to schedule the ballot retrieval and recount for the other two provinces. – Rappler.com