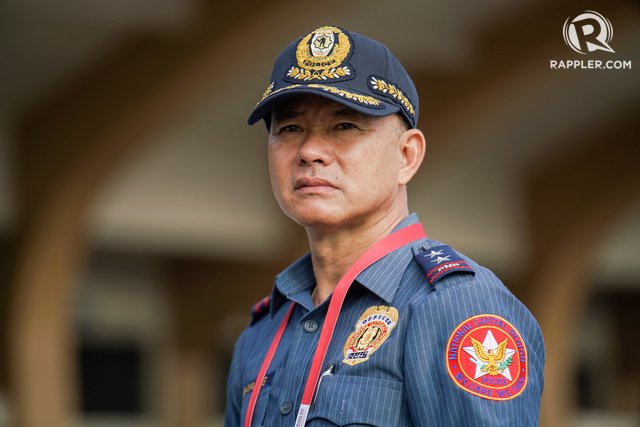 “Chief [PNP], it’s Albayalde,” he said during the awarding of farmers and fishermen in Malacañang.

Duterte said he was considering two other candidates for the post. When he asked people “from Davao,” they said that one of the choices was too nice.

(‘Sir, that one is competent, kind.’ Then for Albayalde, ‘Sir, he’s too strict.’ So Albayalde is for you. Then Albayalde is the man for you. So the stricter the better.)

Dela Rosa is set to head the Bureau of Corrections (BuCor) after he leaves the PNP.

Back in December 2017, Duterte had reportedly been considering someone else to be PNP chief after Dela Rosa – the PNP’s number two, Deputy Director General Ramon Apolinario. Apolinario had once served as Davao City police chief, like Dela Rosa. He had even been among Duterte’s choices to be his first PNP chief. – Rappler.com