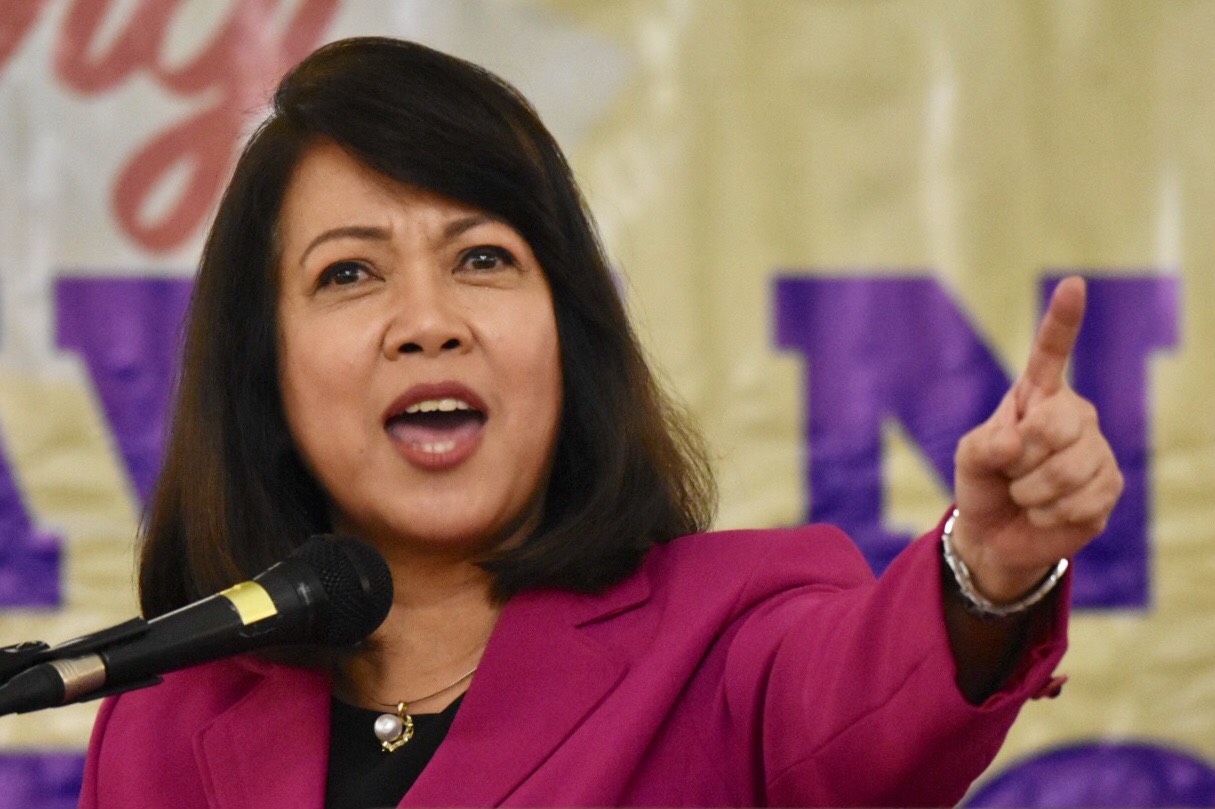 (Mr President, if you really didn’t have anything to do with this, please explain why SolGen Calida, who reports to you, filed the quo warranto petition. Surely, you must explain to the people why this unconstitutional act?)

Sereno had previously been careful not to directly say that Duterte had a hand in moves to oust her. But in the Chief Justice’s Monday speech in front of groups critical of the President, she said the truth was plain to see.

(His spokesperson will say again that he had nothing to do with it. But Filipinos are smart, they understand what is happening. There’s no need to spell out the truth for them.)

Sereno wondered at the basis for the claims made in the impeachment complaint filed against her by lawyer Larry Gadon and Calida’s allegations in his quo warranto petition.

The Chief Justice said it was the “height of absurdity” that even her speech in front of a graduating class of Ateneo de Manila University, in which she called on the public to be vigilant against abuses of power, should be taken against her.

“I am asking for a response. Is that so, President Duterte? Because SolGen Calida filed a quo warranto [petition] and I told the public about possible abuses of power, I should be ousted either by quo warranto or impeachment?” she said in Filipino.

Sereno also refuted claims of extravagance, saying the use of certain types of vehicles and the booking of business class – not first class – airplane tickets is allowed for the Chief Justice under budget circulars.

Sereno also expressed confidence that she would have the opportunity to defend herself at the Senate when it sits as an impeachment court.

She pointed out, however, that the House of Representatives has not yet transmitted to the Senate its reports from the many committee hearings it has held on the impeachment complaint. During these hearings, Sereno’s camp was not allowed to cross-examine resource persons who made claims against her.

“Why do they not want to submit? Because they proved nothing,” she said.

To cheers from the audience, Sereno declared she would not be “bullied,” and called on other members of the judiciary to stay independent “from political powers.” – Rappler.com